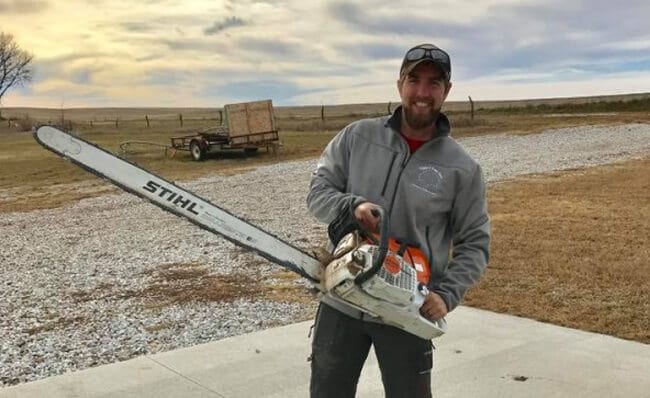 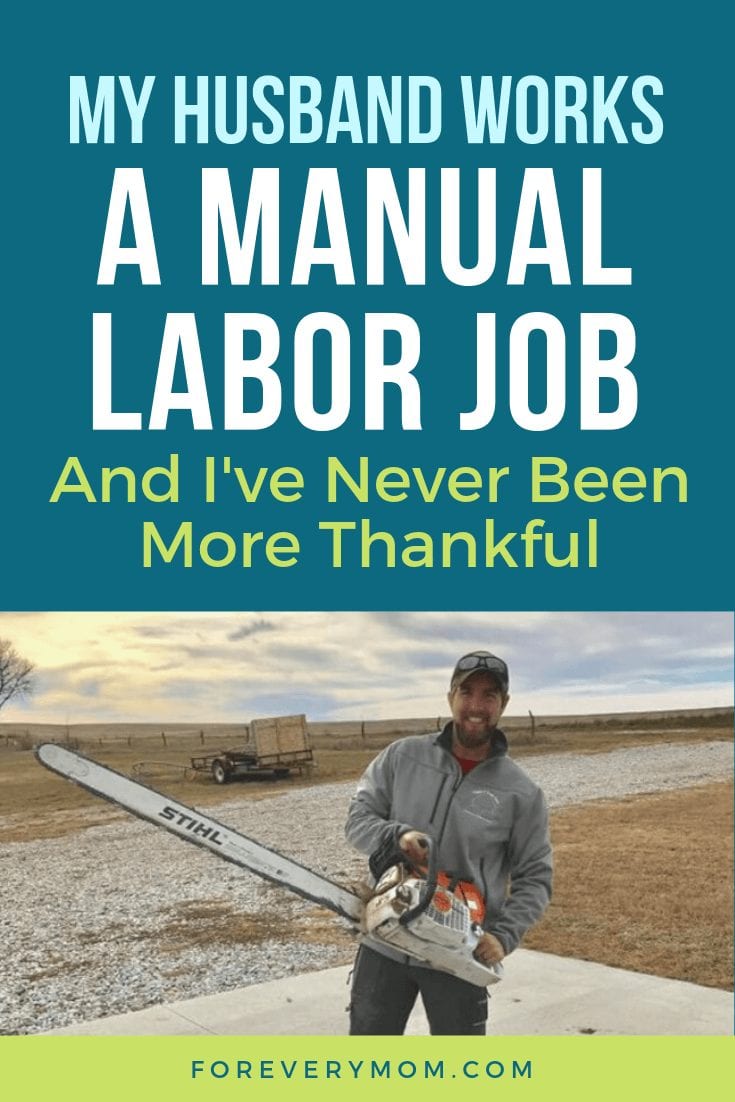 He supports our family by the sweat of his brow and the strength of his back, a man of permanent tan lines. He’s proud of the work he does. And I never knew I could be so proud of how hard he works for us, either.

Now let me clear a few things up, because I know you’ve already thought about them. No, he doesn’t “have” to work this job (he chose it because he loves it). And yes, he has an education (he went to school to learn his profession).

An no, we aren’t poor (he provides more than enough for our family).

Not only does he put a roof over our heads and food on the table, but he provides our children with an example of what hard work looks like; strength and perseverance, character and grit. Our kids know how hard their daddy works, they can see it on his face, touch it on his arms, and feel it in the dampness of his clothes when he walks in the door and gives hugs to his littlest fans.

And when my husband does come in the door at the end of the work day, he doesn’t loosen his tie and drop a briefcase on the floor. Instead, he lifts his ball cap, drops his water canteen, and kicks off his boots. His clothes smell of a hard days work and he smiles with a grin of exhaustion, just happy to be home. He has given everything he has to this day. Just another reason I’m so proud of him. 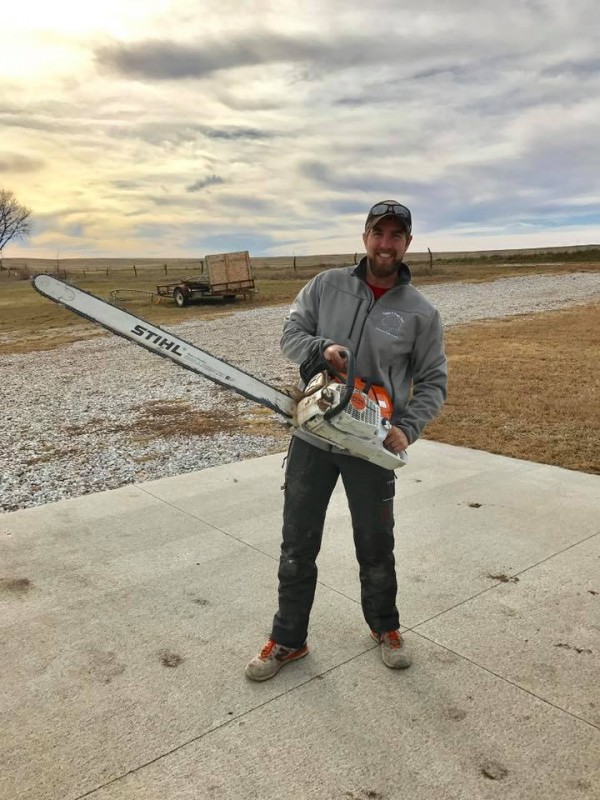 He measures the hours of his day by the place of the sun in the sky and the worth of his work by the progress he’s made, but his work day knows no clock out time. The work he does is not beneath him, considering it an honor to work with his hands. When he sets about his job, he works carefully and thoroughly. He respects the tools and machinery he uses, he isn’t careless with them. Every time he does use one, he thinks about us and what would happen if he ever got hurt.

But my favorite part about my manual labor man are his hands.

And at night as I watch this man sleeping next to me, his chest rising and falling in the darkness, the cuts and bruises that line his arms, I am absolutely undone. What a gift it is to share this sacred space with someone I love so deeply; to have someone who works so physically hard for our family.

My man makes his way in this world by the sweat of his brow and the strength of his back. And I’ve never been so proud.

“And as for the decent job, now, that’s something else. Any job a man can do to make his way in this world is a decent job as long as he works hard at it and does his best. You know, God didn’t put sweat in a man’s body for no reason. He put it there so he could work hard, cleanse himself, and feel proud. Don’t you ever forget that.”

– Charles Ingalls in Little House on the Prairie, Season 2 Episode 1, “The Richest Man in Town.”

Previous articleHusband Curses Wife’s Boots as He Trips Over Them—When He Realizes Where They’ve Been, He’s in Tears
Next articleDads, Take Your Kids to Church!

Lauren Eberspacherhttp://%20www.fromblacktoptodirtroad.com
Lauren is a blogger and author, living intentionally for Jesus, with a desire to give heartfelt encouragement to the everyday mama and wife. At From Blacktop to Dirt Road, she writes about all things Faith, Farm, and Old Fashioned Homemaking. Growing up in the suburbs of Kansas City, Lauren found herself in love with farm boy from Nebraska, which took her from the blacktop to the dirt road of their grain farm. She is a stay-at-home mom to her three small children, and learn in progress farm wife to her bearded farmer, Eric. Her first book, Midnight Lullabies, Moments of Peace for Moms, releases April 9, 2019.