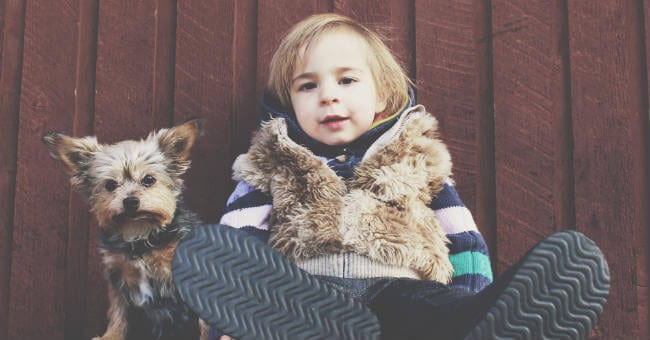 I have a friend who learned that her daughter had cancer after going to a routine 2-year-old pediatrician visit several years ago. Her blood work was off, and this led to testing and a diagnosis the next day. As you can imagine, they were shocked and very frightened.

Her daughter is doing fantastic now, and last year we celebrated her five-year remission. One thing that’s always stuck with me, however, was a realization my friend had shortly after learning about the cancer.

She told me that when her daughter was a toddler, her spirit, spunk, and strong personality could drive her up the wall sometimes. She wanted her to be calm and easy.

But after the diagnosis, she realized how God made her tough for a reason. He gave her daughter a special armor on purpose, because He knew she’d need that armor to handle the grueling and aggressive treatments she’d face to fight cancer at a remarkably young age.

I think of this story often as I raise my kids and watch other kids grow up. Like most parents, I came into parenting with preconceived notions. I projected into the future and fantasized about who my kids might become and how blindingly perfect they’d inevitably be.

In some ways, I envisioned them as my second chance. I secretly hoped that they’d be like me, only smarter and more talented, so I could be their mentor and put my life experiences to good use.

But guess what? Not one daughter of mine is just like me, and that’s a beautiful thing. My girls are all authentic and wired their own way, and while I certainly relate to parts of their personalities and see myself in them all the time, I also recognize enough differences to understand how their life is not my do-over.

Forcing my dreams and ideas on them would never work, because their destiny is different than mine. And when I think about the qualities I admire most in them, it’s typically those qualities that I don’t possess or wish I had more of, because it’s through those qualities that they help me become a better and wiser person.

I once heard advice on the radio to “Raise the child you have, not the child you want.” The words hit me hard at the time because in that season of parenting little ones, I was trying to mold my children to match the idealized visions in my head. I made the mistake many parents make by failing to consider their natural and God-ordained bent, the part of them that I couldn’t change even if I wanted to.

Clearly, we parents are responsible for helping our children become the best version of themselves. We’re called to correct poor behavior, maximize their strengths and minimize their weaknesses, model moral excellence, and mold them into responsible citizens.

But if we really want our children discover their best life possible – a life filled with purpose, hope, and passion – we also have to respect their inherent design. This means training them in a direction that allows them to be true to themselves and who God made them to be.

God made no mistakes in creating my kids and your kids. He created every one of them with great attention and intention.

None of us know yet exactly how God is planning to use our kids, or what He may be equipping them for in the future. A trait that seems like a terrible flaw right now can actually be a lifesaver in certain situations. A trial that seems like a burden can seem like as a blessing when all is said and done.

A strong-willed girl who isn’t afraid of challenges and standing up for what she believes, for instance, may be exactly what her college peers need when an injustice arises, and they need a brave leader to take charge. 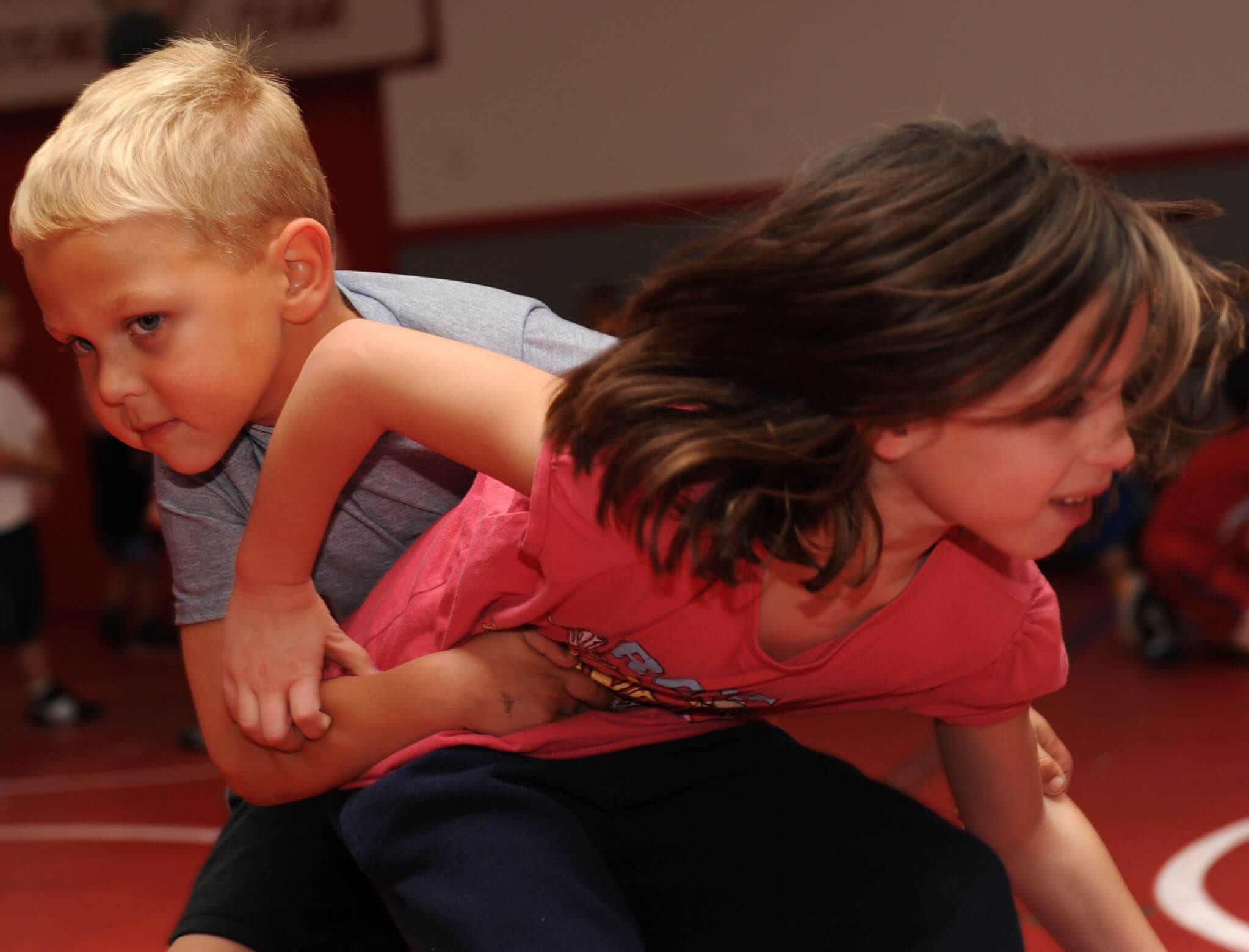 A sensitive boy who barely speaks a word may become a prolific artist who eloquently expresses those deep human emotions that help people connect and feel less alone.

A girl who doesn’t make the basketball team five years in a row may become a rock star entrepreneur who later credits her failures in helping her develop the fortitude and perseverance she’d need to go the distance.

And a boy who stutters and struggles with speech may develop an unbelievable work ethic that makes him try harder than everyone, never give up on himself, and ultimately reach a position of influence where he can help a wide range of kids who face his former struggles.

The point is, there is no “one right way” a child should be. God created each child to carry out a special mission. Only time will tell what their mission is.

And if you think about it, good parenting is largely about preparing our kids for their mission. It’s about forgetting our fantasies, becoming a student of our children, and seeing God as the authority of their life, choosing to work with His plan rather than against it.

It takes every personality under the sun to make the world go ‘round. We need kids who are gentle, passionate, quiet, spunky, fearless, driven, outspoken, observant, funny, practical, reserved, and bold. 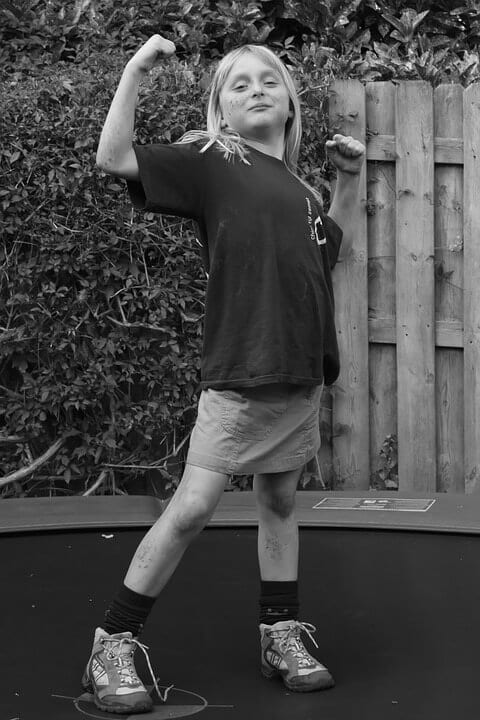 And despite any differences we notice among kids, there’s one term that applies across the board: world changer. Every child is meant to be a world changer. And every child deserves the right to change the world by being who they are, not who others want them to be.

It’s a pivotal moment when we parents learn to respect and celebrate our kids’ personalities without wishing for them to change. Whether this moment comes immediately or after an epiphany like my friend had, it’s good to remember how we all have the tendency to try and convert and control certain qualities in our kids that aren’t meant to be converted or controlled.

Giving our children the permission to be themselves makes them happier and us happier, too. It leaves room for God to work in our children’s lives and pleasantly surprise us as we see His plan unfold and understand how His design for them is the perfect match for the plan He has for their life.

Also, my newest book, Liked: Whose Approval Are You Living For? and is now available on Amazon, Barnes and Noble, Christianbook.com, and everywhere books are sold. It’s getting a fantastic response as a unique and timely resource for girls of the digital age!

This article originally appeared at KariKampakis.com.

Previous articleStay Weird: A Letter to My Daughter
Next articleDon’t Worry, Mama. You’ll Get Your Mojo Back

Kari Kampakis
Kari Kubiszyn Kampakis is a mom of four girls, as well as an author, speaker, and blogger from Birmingham, Alabama. Her new book for moms, LOVE HER WELL: 10 WAYS TO FIND JOY AND CONNECTION WITH YOUR TEENAGE DAUGHTER, launches August 18 and can be pre-ordered through online retailers. Her two books for teen and tween girls, Liked: Whose Approval Are You Living For? and 10 Ultimate Truths Girls Should Know, have used widely across the country for youth group studies. Join Kari on Facebook, Twitter, and The Girl Mom Podcast, or by visiting www.karikampakis.com.