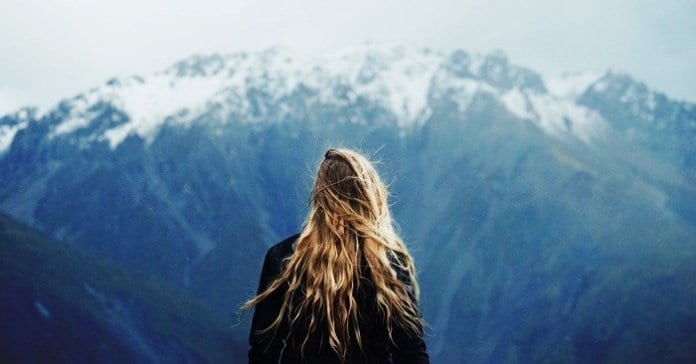 11 Habits of People With Concealed Depression

Depression often goes unseen, unrecognized, and undiagnosed. A person with concealed depression is someone who is conditioned to deal with their inner demons in a way that doesn’t make them clearly visible. They may or may not be diagnosed, and this may or may not be something they’ve shared with even their closest of companions. The problem is that the world becomes darkest when we all stop being able to understand each other. We tend to believe that hardship is worn openly upon one’s chest like a battle scar, but many of these wounds do not easily reveal themselves to those that do not take the time to look.

Here are 11 habits of people with concealed depression.

1. They may intentionally make efforts to appear OK and maybe even seem exponentially happy and upbeat.

The idea that those with depression all have one similarly dreary personality is false. Depression is more than just a mood. Those who live with depression have learned to alter their apparent moods, and may even be some of the most seemingly “happy” people that you know. Personalities can vary. Often those with depression try to stick with the positive and public parts of their demeanor regardless of what they’re going through on the inside. No one wants to bring others down, even if that means hiding how he or she is truly feeling.

2. They may have habitual remedies.

There are serious ways to treat depression, including therapy and medication. However, in addition to these remedies, there are lifestyle habits that those with depression use to treat their everyday state-of-mind. This can be in the form of music, exercise, driving, walks, or basically anything they know can get themselves out of a sinking set of emotions. Concealed depression has a lot to do with the ways people try to personally conquer their own demons.

3. They may have trouble with abandonment.

Anyone who has experienced depression understands the burden it can be. It can also be a burden for those closest to them. Sometimes when you let someone in enough to see the struggles you have, they walk the other way. Though it’s hard to blame these people for leaving, it creates a serious feeling of abandonment for those with depression. It forges a need for secrecy, out of fear of the recession of those they love. There is nothing more heartbreaking than finding out your ugliest layer of self is too ugly for someone you love to handle.

This can be for anything from the cuts on their arms to the reason they skipped dinner. People who live with different forms of depression experience various hardships that can at times impede the normalcy of their daily lives. In these low instances, they know what to say to avoid attention from others to those displays of pain. Often they don’t want to recognize that they are hitting a low point either, so they know how to hide it.

5. They may have abnormal sleeping and eating habits.

This may seem like a small sign or factor, but it has a grave effect. Those who live with depression in an unrevealing way can sometimes only let the little signs show. Sleeping too much or too little are textbook examples. The same goes for eating too little or too much. Sleep and nutrition are two critical elements to health. They are also two elements that the human mind can attempt to control. Depression creates a suffocating lack of control, and being able to control at least something, can be all a person has. Sleep can be nearly impossible, or it can be the only escape. The same goes for eating.

6. They may understand substances differently.

A person who handles their depression also knows how to monitor what they put into their body. They know alcohol is a depressant, and drinking it over an extended period of time can create a mental state of low that they are less equipped to handle than the average person. They know that caffeine and sugar are uppers for their moods. They know what medications do what. They know what doesn’t mix well. They know all of this because altering their state of mind in any way is much more of a responsibility than it may be for other people.

7. They may exhibit a very involved perception of life and death.

Not every person with depression has felt suicidal. However, depression often invokes a unique and complex thought process about life in general. Facing one’s mortality often comes at moments of desperation. It happens when you are furiously seeking answers to all of life’s questions. Being dragged in and out of horrible mindsets can cause these kinds of thoughts to be more frequent.

8. They are often uniquely talented and expressive.

Many of the most inspired and life-changing artists, musicians, and leaders of this world were also plagued by mental illness. I use the word “plagued” in a contradicting fashion because having a serious depth of emotions can also lead to profound greatness. People who live with depression that may not be visible to the naked-eye, often express themselves in incredible ways. They are in touch with the good and bad pieces of their souls. They are able to formulate and illustrate beauty through the shadows of the emotions they carry.

9. They are often searching for a purpose.

Everyone wants a purpose in life. We want to know that what we are doing is worthwhile. We want to know that we are moving in the right direction. Those who live with unseen depression want this as well, and in a way that attempts to satisfy something inside of them, that may always be hungry for more. Feelings of inadequacy and fear are no stranger to the depressed mind. People with hidden depression are almost always trying to compensate in their life for the frailties that they have inside. They may change directions often. They may become incredibly involved in the pursuit of true happiness. They are also striving and searching for more.

10. They at some times will release subtle cries for help.

Even a person who knows how to live with the burden of their own mind can need help. Outcries from people you aren’t expecting are easily overlooked. Sometimes it isn’t safe for people to be on their own with their depression; as much as they say differently. Sometimes they will reach out. Sometimes they will open up. These moments are the most crucial because they are especially powerful. They are what builds a bridge between people who have different levels of emotions and mindsets. They are what creates a closeness and trust among friends and lovers that isn’t always easy if some feel they have to camouflage their true selves.

11. They seek love and acceptance, as every person does.

The most important habit and motivation of those with unseen depression to understand is that they search for love and acceptance. We all do. The only way to gain it is to spread it. Never turn away from a person who seems to be struggling. Love when it’s difficult. Cry when you need to. Reach out when someone closes the door. Open your heart, even if it feels terrifying to do so. If we keep forcing the bad to go unseen, the goodwill also go unseen.

Previous article‘I Have Never Been so Humiliated in my Life!’ — Mom and Son are Kicked Off American Airlines Flight for Skin Condition
Next articleDad’s EPIC ‘While Mom Is at Work’ Texts Will Make You Cry-Laugh ‘Til It HURTS

Lexi Herrickhttp://hertrack.com
Lexi is the founder of HerTrack.com. She is also a digital marketer and writer currently working for Seer Interactive in Philadelphia, PA as an SEO Associate. Lexi contributes to a number of global online publications and is always trying to get involved in the conversation. She’s an advocate for equality, knowledge, healthy relationships, compassion, self-confidence, integrity and above all, love. She’s addicted to caffeinated beverages and people who make her smile.