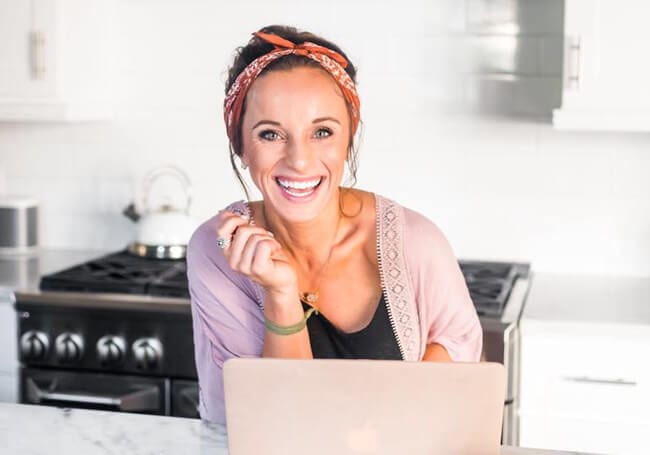 Jordan Lee Dooley, the mastermind behind the hit Instagram and blog Soul Scripts, started out as an Etsy shop owner and then grew her blog into a full, successful business.

“Soul Scripts was the very first name God ever put on my heart,” said Dooley in a recent Heroes for Her podcast with Erin Weidemann. “It really just started out as arts and crafts. Soul Scripts originally meant calligraphy and I was calligraphing bible verses. I started doodling on canvases and mugs and just kind of doing it as a hobby, it was kind of my creative outlet. And then God kind of gave me a challenge.”

Deciding to cut out the middle man, Dooley closed the shop and chose to focus on the message.

“I didn’t even understand what a blog was at the time, I just knew everyone had them on their website, so I thought I had to have one.” She said. “It makes perfect sense because I’ve always been a writer. When I was five years old other girls played with barbie dolls, I wrote short stories. So, it kind of slowly revealed itself over time.”

Growing up in Indiana, Dooley says she had a really close relationship with her mom, which she has come to realize is key to so much of what she’s doing now.

“It was a very open, very vulnerable relationship where I never had to hide anything or questions that I had,” Dooley said. “She was just really great with having those discussion that needed to be had.”

When she went away to college it was a time of self-discovery and growing. Going to a big state school, Dooley was exposed to many different perspectives and had decide to make her faith her own through some soul searching.

“College was a major time of growth in my life,” she said. “I got involved in a sorority, which is somewhere I never said I would go.”

During her time in the sorority, she gained a lot of insight into women and girls and what she says sisterhood can mask itself to look like, as well as what friendship means on a deeper level.

Being very intentional with her friendships at that time, Dooley made friends with many people on a surface level, but really learned the value of what it takes to have strong female friendships.

“Looking at the younger girls, the college girls and the twenty-somethings – these are the next leaders, the next trend setters, the most active on social media, the most influential – how can we meet them where they are,” Dooley said. “That’s kind of why I do what I do.”

Growing up playing sports and having a younger brother, Dooley didn’t’ feel like she understood girls well and figured she just wouldn’t be friends with girls because they just didn’t get her.

But after her experience at college, acknowledging that it can be hard to be friends with women and that they often come from a place of drama, she gained insight as to what other women and girls wanted and needed out of friendships and challenged herself to be the best version of herself.

During those years she was trying to figure out what she was supposed to do with her life when eventually the Lord revealed to her that she should build a house.

“I called Habitat for Humanity and asked if they had any upcoming builds because that’s what I thought I was supposed to do,” she said. “That kind of didn’t work out very well, but through that and mulling it over God made it so clear – He said ‘I provided this glorious beautiful house. Build up this house. Build it from inside out. Meaning build up girls, build up my church, build up hearts within this house and point them towards the Lord.”

While blogging is sometimes seen as a trendy thing to do, for Dooley it was not something she ever desired to do and started out just copying her Instagram onto her blog.

“For me it was ‘what is the message I really have and what am I trying to do?’” she said. “Constantly taking inventory of the purpose and the value that you’re adding to the world.”

Eventually she created a loyal readership who would share posts and then her Facebook began to blow up. Overtime people became interest in seeing more content that went a little deeper.  Sharing more articles, and e-products like devotionals and other stuff, her blog became more of a resource center and a hang-out site and she strived to provide an experience for her readers.

As an extension of her blog and her website, Dooley launched the Sisterhood online portal.  “When I would write something that would resonate they started commenting back and forth, supporting each other, friending one another. People were longing to connect with other women who shared similar values and similar beliefs and could encourage them no matter where they are on their walk with God.”

Additional elements readers will find on the Soul Scripts website include categorized discussion groups such as topical issues facing women and girls day to day or state groups that enable girls to find support and like-minded women near to them as well as across the globe. Soul Scripts’ resources are geared to assist readers to grow, wrestle and learn together how to shine a light in the world.

Previous articleBold Women and Raw Faith: Searching for Purpose in the Trenches of Motherhood
Next articleChoosing a Mary Heart in a Martha Season