Home Faith Why “I Can’t Afford It” Is Just What Your Kids Need to...

Americans are pretty obsessed with “affording” stuff. I saw a quote recently, though I can’t recall it, that said something like:

“We work all the time to afford all the things we never have time to enjoy because we’re always working.”

We Can’t Afford It

We’ve afforded bigger homes, nicer cars, longer vacations, but we can’t afford for mom to stay home and raise her children, and little by little, we can’t even afford children. (Hands down, THE most common question we get about both the number of children we have and my staying home is, “how do you afford it?”)

But I think we’re usually lying. I think we have a grossly skewed idea of what “afford” means, and few of us are really in dire situations that call us to sacrifice the important things.

Johnmary, Mark, Godfrey and George spent the night with us this week. They are orphans traveling across the US with a choir from Uganda. 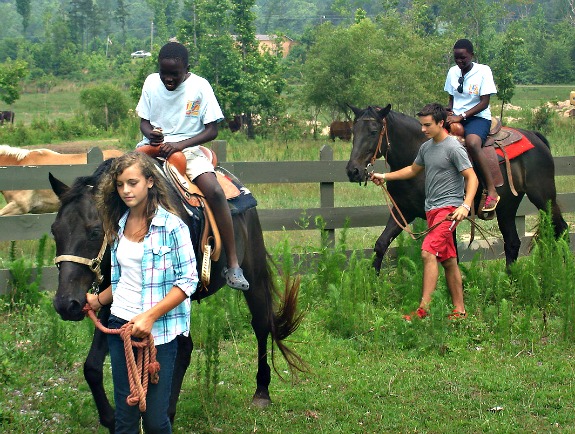 Back home, they eat three meals a day, which is a privilege not every child in their country has, and each meal consists of posho and beans. (Posho is made up of finely ground white cornflour mixed with boiling water until it becomes solid.) They might get chicken at Christmas. Let that sink in…posho, three times a day.

They have very few toys or materials goods. They play soccer together and do school, but that’s the typical life, day in, day out, for these children. They live in conditions very few of us can imagine, though much improved for them, with hundreds of them living together in a big room.

The oldest boy said, “There are no hardships in America.”

How has this poverty affected them?

They are happy. They are grateful. Boy, are they grateful. They are kind, respectful, polite and very affectionate. They are smart, energetic and helpful. They love Jesus. And they dance and sing like there is no tomorrow. (I observed it, but I also talked with one of the missionaries who travels with them who confirmed it.)

Is that any less than I could hope for my own children?

Contrast that. Across the landscape of our country, at the now-adults who were just children a few years ago, spans an ugly, disconcerting scene. They call it the “Me Generation.”

Apparently, the generation who seems to be more self-centered than ever before, who demands to have what they want when they want it, was raised by a generation of parents who meant well, and only wanted their children to “have more than I did.”

But see, living on one income (a by-product of the simple decision to be the one who raises your own babies) forces us to make choices we might not otherwise make if we could afford to. More children naturally does the same thing.

Understandably, some families find themselves in difficult circumstances and I’m not judging those. I’m trying to speak to a general mentality in our country that believes we have to sacrifice what’s important to achieve a certain standard of living.

Our children have never needed more to be better. In fact, children who grow up in homes where they are taught that stuff costs money and money must be earned, and there is a big difference between needs and wants, rather than having everything given to them, fare much better as adults.

Children who grow up in homes watching parents sacrifice material things for meaningful things usually grow up to embrace what is meaningful.

I am not an advocate for seeking poverty or avoiding wealth. I am for seeing things as they are, avoiding the love of money, and embracing what has eternal value.

We need to stop fearing the inability to afford things–that doesn’t hurt our children. Let’s focus instead on the things that help our children become the kind of people that make the world a better place.

To The Mom Raising the Wild Child, There is Hope

Having Anxiety Doesn’t Make You a Bad Mom

Sis, Don’t Let the Beauty of Your Life Become the Background