The Dangers of Sleepovers: Why I Don’t Let My Kids Go 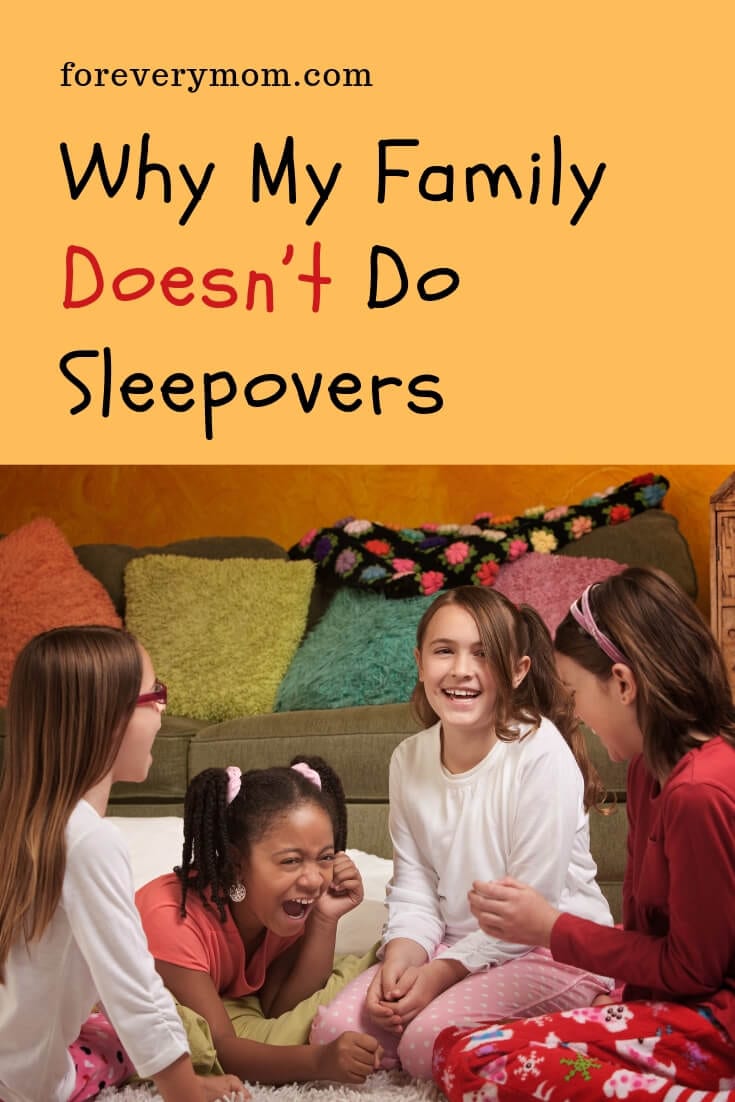 James Dobson believes that children should not participate in sleepovers. The world has changed, he says, and has become too dangerous to allow your children out of your sight for so long. The dangers of sleepovers have lasting consequences. In his book Bringing Up Girls, he says:

Sadly, the world has changed in the last few decades, and it is no longer a safe place for children. Pedophiles and child molesters are more pervasive than ever. That is why parents must be diligent to protect their kids every hour of the day and night. …

Until you have dealt with little victims as I have and seen the pain in their eyes, you might not fully appreciate the devastation inflicted by molestation. It casts a long shadow on everything that follows, including future marital relationships. Therefore, parents have to think the unthinkable in every situation. The threat can come from anywhere—including neighbors, uncles, stepfathers, grandfathers, Sunday school teachers, coaches, music instructors, Scout leaders, and babysitters. Even public bathrooms can be dangerous today…

You can’t protect your kids from everything, but you can protect them from the dangers of sleepovers.

He believes the threat is so pervasive that parents should not allow their children to participate in sleepovers. I find myself both agreeing and disagreeing.

I agree with the nature of his concerns. Before my children were even old enough to ask, Aileen and I talked it through and decided we would not allow our kids to do sleepovers.

Now let’s be clear: there is no biblical command that forbids them, so this was not a matter of clear right and wrong, but a matter of attempting to act with wisdom. We determined we would make it a family rule: Our children would not be allowed to spend the night at their friends’ homes. We believed they would face a particular kind of vulnerability if they found themselves alone and in bed outside our care, and we wanted to protect them from it. So they have stayed at their grandparents’ and have stayed with my sisters when we’ve visited the South, but they have not stayed at friend’s homes. (Note: My son is fourteen and we have now relaxed the rule with him, though permission is still dependent on circumstances.)

Sleepovers were just taken right off the table without exceptions or individual explanations.

Previous articleIf You Still Don’t Have it Down, Watch This Mom’s ‘Tuck and Roll’ Carpool Line Tutorial
Next articleMore Than Miscarriage Statistics: I Carried the One

Tim Challieshttp://www.challies.com
Tim Challies is a Christian, a husband to Aileen and a father to three children aged 7 to 13. He worships and serves as a pastor at Grace Fellowship Church in Toronto, Ontario, where he primarily gives attention to mentoring and discipleship. He is a book reviewer for WORLD magazine, co-founder of Cruciform Press, and has written three books including The Discipline of Spiritual Discernment and The Next Story. He writes daily at www.challies.com.