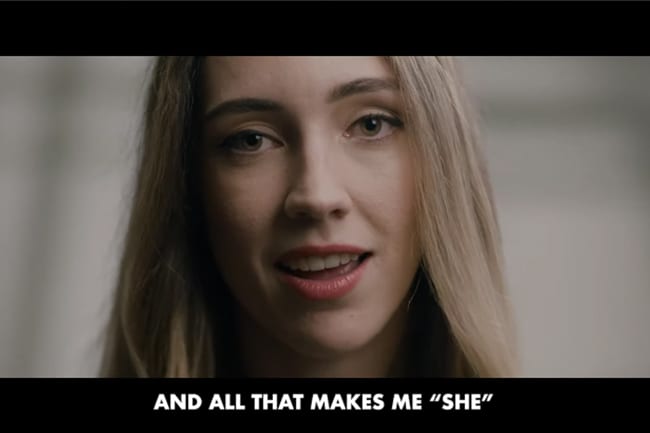 Although abortion rates in the U.S. are reportedly on the decline, it is still one of the leading causes of death, robbing the lives of an estimated 1 million U.S, babies annually. And a report from the UK Department of Health revealed that in 2017 — the most recent year on record for which the Department has revised abortion statistics — the number of abortions in the UK hit a 10-year high.

Later this week, thousands will gather in Washington D.C. for the 47th annual March for Life rally from January 22nd through the 24th. This year’s theme is “Life Empowers: Pro-Life is Pro-Woman,” reminding the nation that “abortion at its core also harms us women.”

The March for Life Education and Defense Fund released a powerful new video in preparation for this year’s event, featuring a spoken word about “why we march.”

“2020 marks the centennial of the 19th Amendment, giving women the right to vote,” the foundation wrote. “As we celebrate this great moment in history, we remember and honor the suffragists, the original feminist leaders who recognized the inherent dignity of the unborn and that abortion not only ended a life but harmed women. The pro-life movement continues their legacy, recognizing that equal rights begin in the womb.

That, in essence, is why we march. We march to end abortion, with the vision of a world where the beauty, dignity, uniqueness, and rights of every human life are valued and protected.”

The annual march commemorates the January 22, 1973 Supreme Court decision of Roe v. Wade, which invalidated 50 state laws and made abortion legal and available on demand throughout the United States.

Catch the full video here, and learn more about the March for Life 2020 here.

Previous articleI Don’t Know What I’m Gonna Do When He Turns 18
Next articleLooking Through Frosted Glass: The Moments No One Prepares You For in Motherhood