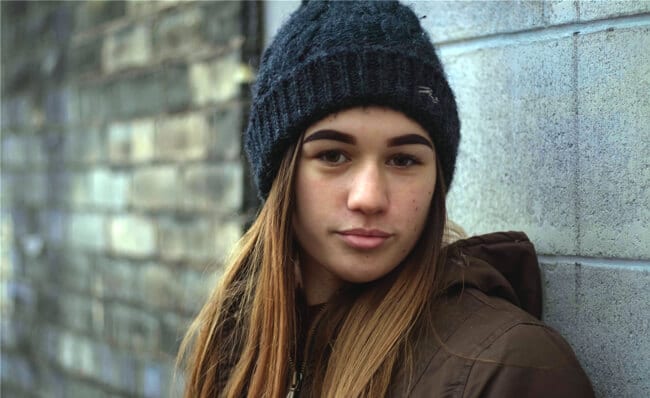 With Super Bowl LIII just days away, many people across the United States are focused on getting ready for the big game. Some will throw parties, some will eat their weight in cheese dip, and some will walk away celebrating a victory.

But as we prepare for a feast of snacks and the most expensive commercials television has to offer, one thing most people won’t be thinking about on Super Bowl Sunday is slavery.

Here’s why we should be.

It is estimated that there are as many as 40 million slaves in the world today who are victims of human trafficking and sexual exploitation. Eighty percent of which are women, and half are children. Expert opinion and research suggest spikes in sex trafficking during large-scale events such as the Super Bowl.

As more than one million people descend on the city of Atlanta for Super Bowl LIII, law enforcement officers, trafficking victim advocates, former NFL players and several others are playing a major role in breaking up the sex trafficking that goes overlooked in the days surrounding the event.

Following Super Bowl 50 in 2016, a flight attendant’s ability to recognize the signs of human trafficking saved a young girl’s life. But studies suggest that most Americans completely overlook the warning signs of sex trafficking, and many fail to acknowledge that such slavery even exists in our country.

Sierra Thompson was 18 when she was flown to Houston by a man she met on Instagram.

Flaunting a flashy lifestyle loaded with fancy cars, expensive jewelry, and designer fashion, Sierra was drawn to the man who had decided to give her so much of his attention. When she arrived in Houston, that expensive lifestyle he was living turned out to be funded by selling girls like Sierra for sex.

She spent the next three years being sold to strangers for sex in cities around the country—including Honolulu during the 2016 NFL Pro Bowl.

“It’s not necessarily about football or the NFL,” says Courtney Dow, an outreach coordinator for the Atlanta-based nonprofit Dream Center. “It’s just about when groups of men get together, usually trafficking and exploitation increases.

“They’re on vacation, their wives and girlfriends aren’t with them, and it’s also a boys’ club, and it’s time for boys to be boys.”

Organizers are teaching airport staff, hotel managers and retail workers how to spot the signs of traffickers and victims, and to intervene when necessary. Visitors arriving at Hartsfield-Jackson Atlanta International Airport this week heard an anti-trafficking public service announcement on the terminal train.

Meanwhile, volunteers are visiting hotels, strip clubs, bus stations and convenience stores to educate the public and provide information about services for victims.

It’s all part of a larger effort to get bystanders to recognize trafficking, and to stop it when it occurs.

“These girls are not walking the streets like one would imagine a general prostitute to do. These girls are controlled by an individual who places them in certain locations, sets up this ad on certain websites,” explains Mike Ferjak, a Senior Criminal Investigator with the Iowa Department of Justice.

According to experts, the greatest surge in trafficking during these events comes through online solicitation. A report by LocalSYR.com suggests that over half of the trafficked victims are as young as 12 years old.

While focusing on large-scale events like the Super Bowl does draw awareness of the slavery taking place under our noses, many advocates would argue that it actually conceals the larger problem.

“We actually think that trafficking is a major issue 365 days a year,” said Bradley Miles, CEO of the nonprofit Polaris. “There are no new traffickers (at the Super Bowl). The same 20,000 pimps are moving around to where the action is.”

Still, by educating the public during major events, advocates hope it will teach people what to look for even when the Super Bowl isn’t happening.

“The simple fact of bringing awareness to human trafficking is a priority,” said DJ Shockley, a former quarterback for the Atlanta Falcons. “Many people have no idea this is happening really close to them.”

“The mission is to rescue and restore,” former Falcon Alge Crumpler said.