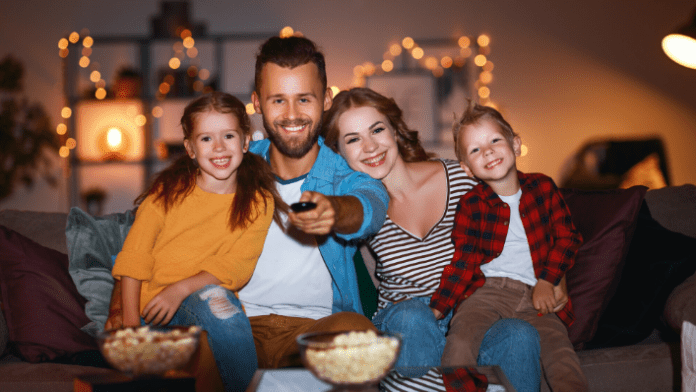 12 Family Movies You Can Stream for Free Right Now 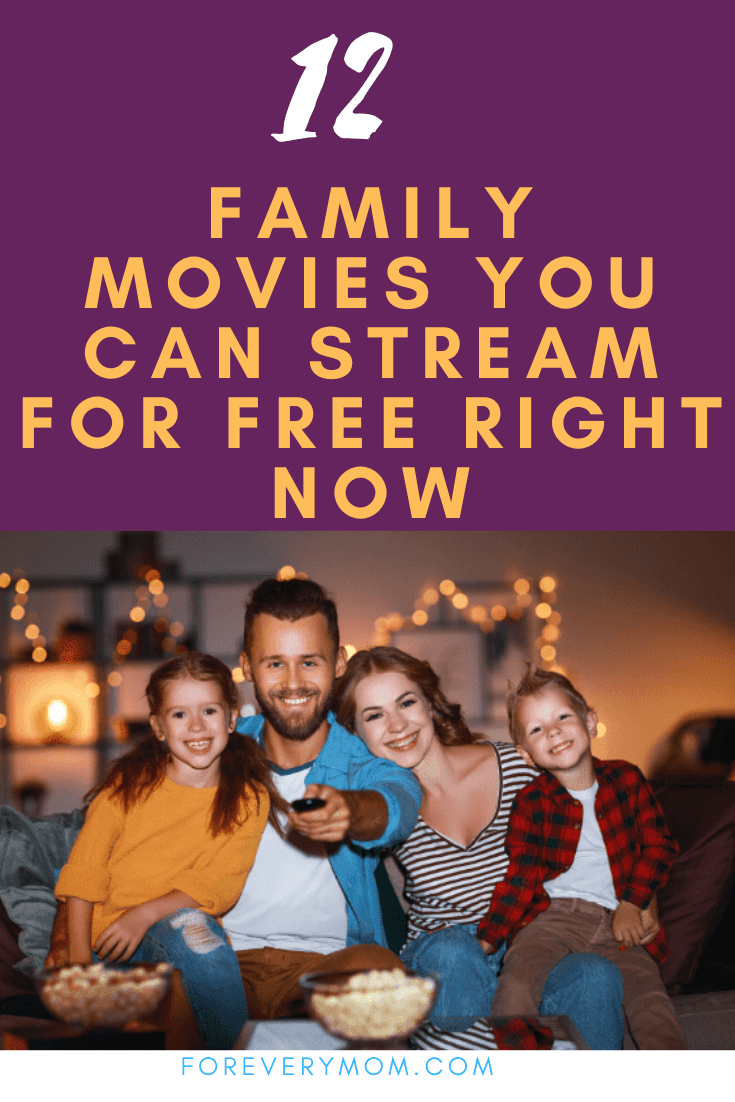 We’ve all been there—it’s family movie night and rather than spending time watching a feature flick, your family gets trapped in a never-ending Netflix scroll. You watch trailers, you add movies to your list, but in the blink of an eye, you watch your family movie night drift off into an empty void of entertainment overload.

Well, friends, we’re here to help! We’ve compiled 12 of the best family movies you can stream for FREE right now!

So don’t waste another minute trying to decide what to watch. Start with these tried and true family movies your whole tribe will love.

Starring as the nanny who was first made famous by P.L. Travers’ books, Emily Blunt follows in the footsteps of an iconic 1964 Julie Andrews proving, “in every job that must be done, there is an element of fun.”

Though the times have changed, Mary Poppins, in all of her glory, has not. The new film meets us with a grown-up Jane and Michael Banks who are dealing with the stresses of adulthood after Michael loses his young wife.

A forever youthful Mary Poppins returns to Cherry Tree Lane after 25 years to straighten out the Banks children as only she can, and now, do the same for Michael’s own three grieving babes. It’s practically perfect in every way.

2. The Boy Who Harnessed the Wind

Set in a small farming village in Malawi, this inspiring film tells the remarkable true story of a 13-year-old boy named William Kamkwamba. After being kicked out of school because his family could no longer afford the fees, William defies all odds and invents an unconventional way to save his family and village from famine.

With her father fighting in World War I, a young Sarah Crewe is sent to boarding school, where her wild imagination and love of fanciful tales are stifled by a strict headmistress, Miss Minchin. While her father is away, Sarah is forced to overcome adversity, trials, poverty, and heartache. Despite it all, her spirits remain high and her ambition, higher.

This 1995 classic is based on the 1905 children’s novel by Frances Hodgson Burnett.

You may be stuck indoors, but there’s plenty of adventure to be had with Dick Van Dyke’s classic hit, Chitty Chitty Bang Bang.

Caractacus Potts is a quirky inventor who is known for coming up with oddball inventions. One day at the beach, a widowed Caractacus tells the beautiful miss Truly Scrumptious and his children a fanciful fable about the villainous Baron Bomburst. Together the family travels in their magical flying car to Vulgaria, a kingdom strangely devoid of children. Planes, trains, and automobiles, this classic has them all!

Set in the winter of 1925, Togo is the untold true story of champion dogsled trainer, Leonhard Seppala and his lead sled dog, Togo. Together they embark on an exhilarating adventure across the treacherous Alaskan tundra to help transport medication to a small town. This uplifting flick is full of courage, grit and determination—a perfect combination for the entire family.

Miracle is the inspiring true story behind one of the greatest moments in sports history — the 1980 United States ice hockey team’s triumphant Olympic victory against the Soviet Union. Kurt Russell stars as the dynamic and determined player-turned-coach, Herb Brooks, who had an impossible dream — to beat the seemingly unbeatable Soviets at their own game. But grooming a handpicked squad of undisciplined college kids into an Olympic team is no simple task. As they work to overcome insurmountable odds, the U.S. team becomes a pillar of hope and unites a nation in the process.

7. Disney’s The Princess and the Frog

In the 1910’s in New Orleans, a young girl named Tiana dreamed of one thing and one thing only: owning her own restaurant. She encounters a lot of road blocks on her path to that dream, including a prince who is turned into a frog — and even getting turned into a frog herself.

In the all-animal city of Zootopia, Officer Judy Hopps is determined to prove herself. The first bunny on the police force, she jumps at the chance to solve a mysterious case, even if it means partnering with a scam-artist fox, Nick Wilde, who only makes her job harder.

Born with a facial deformity that has always prevented him from going to a public school, 10-year-old Auggie Pullman becomes the most unlikely of heroes when he enters his local fifth grade. As his family, his new classmates, and the larger community all struggle to discover their compassion and acceptance, Auggie’s extraordinary journey will unite them and prove you can’t blend in when you were born to stand out.

When Pete and Ellie Wagner decide to start a family, they stumble into the world of foster care adoption.

Professional fixer-uppers, they hope to take in one small child. But when they meet three siblings, including a rebellious 15-year-old girl, they find themselves speeding from zero to three kids overnight. Now, Pete and Ellie must try to learn the ropes of instant parenthood in hopes of becoming a forever family.

The Biggest Little Farm follows the wild 8-year journey of Emmy Award Winning Documentarian, John Chester and his wife, Molly, as they acquire a 200-acre farm outside of Los Angeles and set out to bring harmony to both their lives and the land.

Not only is it uplifting and educational, the beauty of this film is captivating — taking viewers up close and personal with the animals, insects, and weather that fill our planet. It’s a feel-good film the whole family will love, and it’s streaming now, on Hulu.

In rural 1977 Georgia, a misfit girl named Christmas Flint, dreams of life in outer space. When a competition offers her a chance to be recorded on NASA’s Golden Record, she recruits a makeshift troop of Birdie Scouts, forging friendships that last a lifetime. This coming of age film is a “new generation of underdogs,” with a cast that is anything but.

Previous articleMattel Releases #ThankYouHeroes Collection of Action Figures in Honor of Frontline Workers
Next articleDon’t Forget About the Kids Too Young to Understand, but Too Old Not to Notice