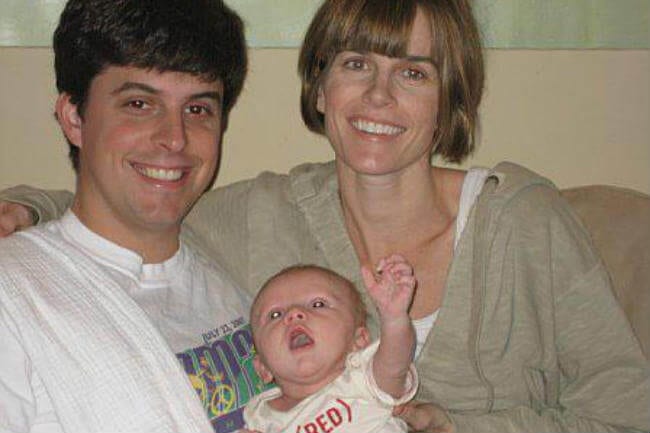 On December 19th, 2007, 33-year-old first time mom Jenny Gibbs Bankston took her 7-week-old baby boy, Graham, to a gun store around noon. There, she purchased a gun, telling the salesman it was for home protection. Having never used a gun before, she also asked him to load it—with just two bullets.

Then, Jenny went home, and according to her brother Randy’s interview in the documentary film When the Bough Breaks, she cooked dinner for her husband, who was not yet home. Then she took her newborn baby Graham and her new gun into the backyard and used those two bullets. One for him, one for her. They were both killed in an instant.

Jenny’s family and her husband Chip had NO idea Jenny was suffering from postpartum depression or postpartum psychosis. Too ashamed to tell anyone how she felt, Jenny kept her pain to herself, and this stigma around mental health had tragic consequences. Her grieving family now runs a non-profit, Jenny’s Light, to spread her story and build awareness for PPD and postpartum psychosis.

Jenny and Graham’s story is just one of the many featured in the aforementioned film When the Bough Breaks from executive producer Brooke Shields, herself a PPD survivor. It’s on Netflix, and EVERYONE needs to watch it—especially if you ever hope to become a parent, but also if you are part of a support system for any new mom. I watched all 90 minutes of it one sitting and was riveted—not just by stories like Jenny’s but by the ones that have NOT ended in tragedy. By the stories of the brave women who have survived and are speaking out in the hopes of saving other lives.

One such woman is one of the film’s producers, Lindsay Gerstz. Lindsay was overwhelmed by postpartum depression after the birth of her son, Hunter, and her ongoing six-year fight against depression is chronicled in the film. Gerstz’s and her husband’s interviews are stunningly candid, and she even takes us along to the psychologist and other treatment sessions. She told Babble she wanted to tell her story in the film because,

“Too many moms go through life being depressed because they are ashamed and worried about the stigma attached to postpartum depression. They do not want to be seen as ‘crazy’ so they stay silent. I hope by sharing my story and this film that it helps them realize they are not alone and there is help.” 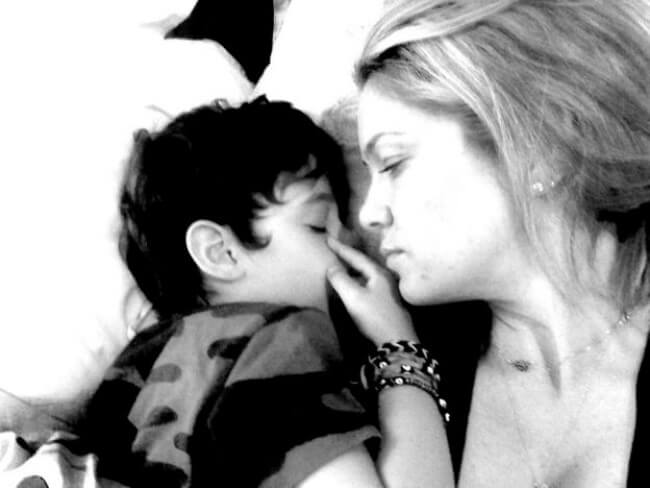 When the Bough Breaks profiles a dozen or so moms like Gerstz, Brooke Shields, singer Carnie Wilson, and average non-famous women just like you and me whose lives were unexpectedly affected and forever changed by postpartum depression. Though women are afraid to speak out about it, the truth is that 15-20% of us experience postpartum depression—as many as 1 in 5—and it is a national public health crisis. As the film’s website so boldly states, “Babies are dying, women aren’t speaking out and the signs are being missed.”

The reason I think we ALL need to sit down and watch this documentary is that we ALL need to be aware of the RISK factors for postpartum depression and psychosis, so that we can look for these in ourselves as we continue to grow our families, and in any loved ones who are new moms. Is your best friend pregnant? Why not talk together about postpartum depression and what she will do if she feels she needs help. From deciding you will check in with her every other day to agreeing on a code word to use between the two of you or her spouse if she’s thinking scary thoughts, there is simply NO reason not to talk about PPD before hand and put a plan in place to keep mom and baby safe if necessary.

All of the women who spoke out about their PPD experiences in the film were incredibly brave, and I’ve no doubt their words will save lives. However there are two women in the film whose stories really stood out to me—women who, in the throes of postpartum psychosis, took their babies’ lives, and years later, after serving time for killing their children (even though they were clearly mentally not well when they did so), they were brave enough to speak out. 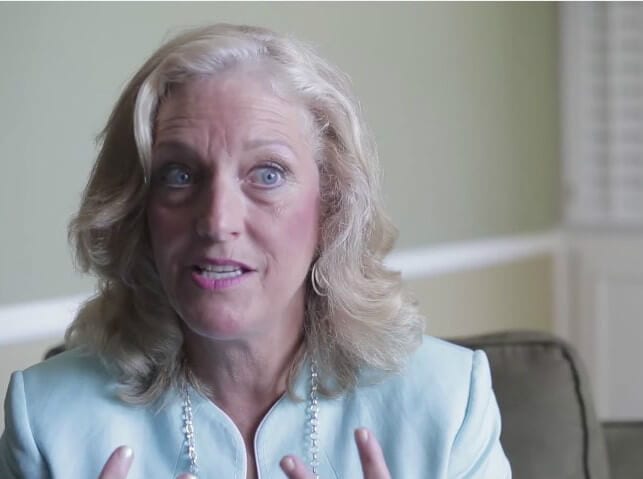 Angela Thompson was found not guilty by reason of insanity and served 17 years in California’s conditional release program for killing her 9-month-old son Michael.

These women, Naomi Knoles and Angela Thompson have stories we simply HAVE to hear and share if we want to empower other women to get HELP for their PPD and postpartum psychosis before it’s too late. 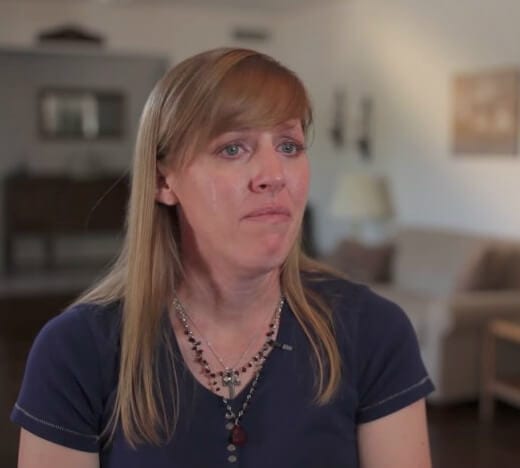 Naomi Knoles served 10 years in an Arizona prison for 2nd degree murder after smothering her daughter Anna in an episode of postpartum psychosis. Sadly, Knoles took her own life before the completion of this film, losing her ongoing battle with depression.

Because postpartum psychosis is so rare, with about 3% of women with PPD also having psychosis, it is not talked about and explored as it should be, and moms and babies are not protected by the law or by our health care system—something this film aims to change.

Moms, dads, sisters, brothers, friends, and neighbors—please watch this film. It will ONLY do you and those you love good to be informed and educated about postpartum depression so that you can be aware of the signs for yourself and every new mom in your life. There’s no REASON to suffer in silence, and there is EVERY reason to get help.

When the Bough Breaks is available on Netflix and iTunes, and you can check out the trailer below.

Read this next: Mom to a 4-Month-Old Takes Her Own Life After Postpartum Depression — And Her Family Had No Idea