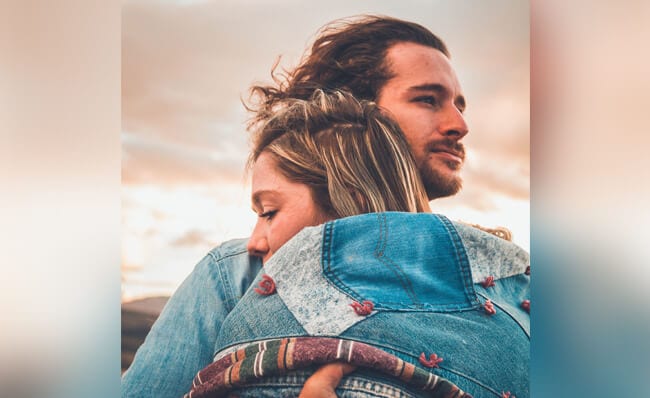 “Lost gift.” “Cataclysm.” “Death of a loved one.” “Emptiness.” “Chaotic movement.” “Rock.” “Guard.” “Repairman. “Secondary character.” Researchers at the University of Missouri say men often use descriptions such as these to cope with their partner’s miscarriage and to describe their role in the experience.

Although miscarriage is usually considered a “women’s issue,” men also grieve the loss of the baby. Women who endured miscarriage often use metaphors to make sense of and cope with the experience, and researchers wanted to expand that to include the men in the relationship. They hoped to also expand upon a communication model that claims people use narrative-like descriptions to organize and interpret their life experiences. The model was created by Jody Koenig Kellas at the University of Nebraska-Lincoln and Haley Kranstuber Horstman, a professor of communication in the MU College of Arts and Science.

Five Metaphors Men Use for Miscarriage

After interviewing 45 men, Horstman and her team found five metaphors often reflected the men’s understanding of the physical, emotional and relational implications of their partner’s miscarriage. These included lost gift, cataclysm, death of a loved one, emptiness, and chaotic movement.

“In describing the miscarriage itself, the men are speaking to a societal expectation that pregnancy is easy and smooth,” Horstman said. “When describing their role in the experience, the men speak to the traditional expectation that they should be heterosexual and tough. But without intention, we see that men’s emotions are being pushed aside to help their partner, when in reality these men are also suffering.”

The researchers hope the study’s findings will encourage couples to “co-cope” with the experience by using metaphors and other descriptive phrases when talking about miscarriage. They hope these findings will encourage men to find helpful ways to talk about their spouse’s miscarriage. They also acknowledge that the study’s participants were mainly highly educated heterosexual white men and look to expand future research with other ethnic and social groups.

Horstman researches how couples talk about miscarriage. Her interest began when she and one of the study’s co-authors, Amanda Holman, were in graduate school and witnessed many their friends experiencing infertility and miscarriages.

“We noticed a lot of the men that were a part of the relationships didn’t talk about miscarriage,” Horstman said. “They didn’t feel they had the space to talk about it, and didn’t feel like they could cope with miscarriage because it is such a women’s space.”

The study, “Men’s use of metaphors to make sense of their spouse’s miscarriage: Expanding the communicated sense-making model,” was published in Health Communication. A third author on the study is Chad McBride. Holman and McBride are in the department of communication studies at Creighton University. Funding was provided by Creighton University’s Dr. George F. Haddix President’s Faculty Research Fund. The content is solely the responsibility of the authors and does not necessarily represent the official views of the funding agencies.

This piece originally appeared at munews.missouri.edu, published with permission.

Previous articleWhen We’re In It and Our Hearts Are Too Full to Stand
Next articleAre Yoga Pants Really the Problem? A Guy’s Perspective on Modesty and Lust

More Than Miscarriage Statistics: I Carried the One