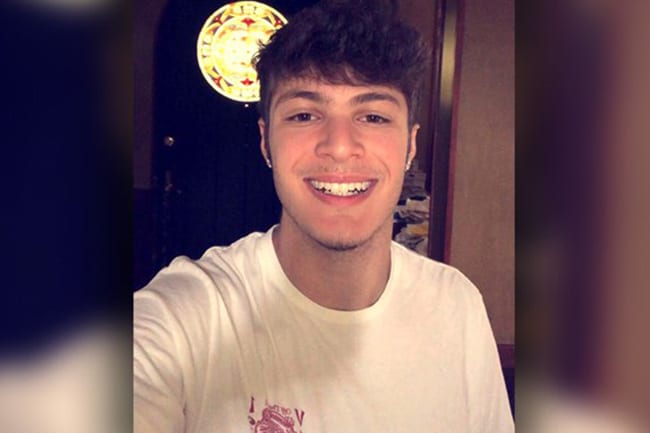 Luka Kinard was your average 15-year-old sophomore from High Point, North Carolina. A boy scout, he loved fishing and spending time with friends. But all of that changed when he took up vaping.

“It [vaping] started my freshman year of high school when I was introduced to it at a Friday night football game,” Luka told TODAY. “It was just a way to fit in — the older crowd was telling me that if I were to do this, then I could sit in the front row section of our football games.”

Prior to that, Luka says he had used chewing tobacco, but found vaping to be more convenient. Like most teens, Luka’s e-cigarette of choice was the Juul. He began vaping every chance he could get.

It wasn’t long before his Juuling habit got out of control, costing him more than $150 a week.

“Whenever I was awake, I was vaping. It was just such a habit that I didn’t even understand how much I was doing it,” Luka explains, adding that if he had to guess, he was probably Juuling once every minute.

He was doing everything in his power to get money fast—even selling his clothes and shoes to be able to afford his vaping addiction.

It’s now illegal for anyone under the age of 21 to purchase e-cigarettes and Juul pods. But Luka says, that’s an easy hurdle to get past.

“I’m underage, but it was really easy to get. You just pay somebody who legally can get it a few extra bucks. Or I know in my area, you can simply walk into a tobacco and vape shop or even some gas stations and they wouldn’t ID people.”

Luka’s parents noticed a dramatic change in their son’s behavior.

“He went from being a straight-A student to an F student,” Luka’s mother, Kelly Kinard, told NBC News. “[It was] a very rapid decline in grades…it just wasn’t him.” 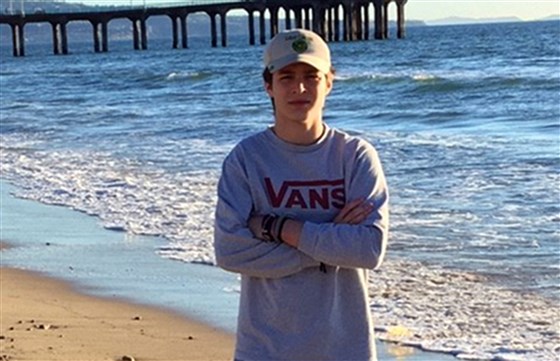 “I quit sports, I stopped going to Boy Scouts. I was very explosive at home and my behavior was very aggressive,” Luka says. “I was very isolated and always irritated. I always had anxiety. I was so hyper-focused on getting that buzz that all my attention went to that. I became really selfish. I was out of control.”

Luka vaped for 15 months before his addiction came to a head.

In September of 2018, Luka suffered a grand mal seizure that lasted for six minutes.

“I was in a friend’s room when it happened. I fell off their bed. Other people said I just hit my head really hard and I was foaming at the mouth, my lips turned blue and purple.”

Leading up to the seizure, Luka says he recognized a major difference in his body. He was significantly skinnier, and his face had sunken in. But the greatest red flag was the intense chest pain, shakiness, insomnia and cold sweats he was experiencing for nearly a month prior to the ordeal.

“I was actually so freaked out that I was looking up signs of an early heart attack, but I didn’t think it was related to the vaping. I didn’t want to believe that because that would have been a reason for me to stop and I didn’t want that.”

Luka says he believes his seizure was cased by vaping. A cardiologist later confirmed that his chest inflammation was “definitely from vaping.”

His parents forced him to quit vaping and tried to take matters into their own hands. But with so little information about the effects of vaping, they found very little assistance in the medical community.

“We followed up with the pediatrician, cardiologist and neurologist, and we couldn’t get anyone to listen to us when we told them the seizure was preceded by Juuling,” Kelly Kinard said.

So, they turned to rehab.

E-cigarettes, which were originally created as a way to wean people from smoking cigarettes, contain nicotine, and are extremely addictive. One Juul pod contains as much nicotine as 20 cigarettes. And teens like Luka are going through several Juul pods every single day.

Contrary to popular belief, vaping is not a “healthier alternative” to smoking. It’s nicotine. It’s an addictive substance, and it is causing harm to people nationwide in what the Food and Drug Administration is calling a vaping epidemic.

Just this week, reports of a mysterious lung disease have skyrocketed with more than 480 people having been hospitalized nationwide. Doctors are at a loss, with only one common factor among all of the patients being e-cigarette use.

As of Monday, six people have died in cases believed to be related to vaping.

Luka spent 39 days in an addiction rehab facility before he was able to fully overcome his vaping habits.

“I did not want to go at all. I was upset,” he says, adding that while the experience was very useful, and informative, he was “very, very lonely.”

“For two weeks, I had pretty intense withdrawal. I was very nauseous, had a lot of insomnia and anxiety, headaches. At the rehab, they had a psychiatrist who was able to get me anti-anxiety medicine and a sleeping medication. That definitely helped ease the withdrawal.”

Luka says when he returned home from rehab, he had every opportunity to vape but decided it was no longer for him.

“I would tell parents who are worried about their teens vaping to be really accepting and supportive. That’s the biggest thing. If your child is vaping and they are addicted to it, they’re going through a lot of shame. If you punish them, if you shame them, it’s just going to add on to their shame. They’re just going to isolate and pull away from you even more.”

Since going through rehab and sharing his story, Luka has partnered with the Truth Initiative, which has a quitline exclusively for those who are struggling with a vaping addiction.

Although he was able to quit vaping altogether, Luka says the addiction has radically changed his life.

“My health is pretty good now, but there’s no way I’m fully recovered. I haven’t even had a year of sobriety yet. Every day, I’m still in recovery. That’s how it’s going to be the rest of my life.”

Luka now travels around the state of North Carolina, sharing his story at schools just like his, with the hope that it would help others with their vaping addiction. The 16-year-old hopes to one day travel the country and help put an end to vaping altogether.

Previous article5 Effective Ways to Alleviate Pregnancy Pains and Aches
Next articleTo My Free-Spirited, Iron-Willed Child—Keep Being You My Darling