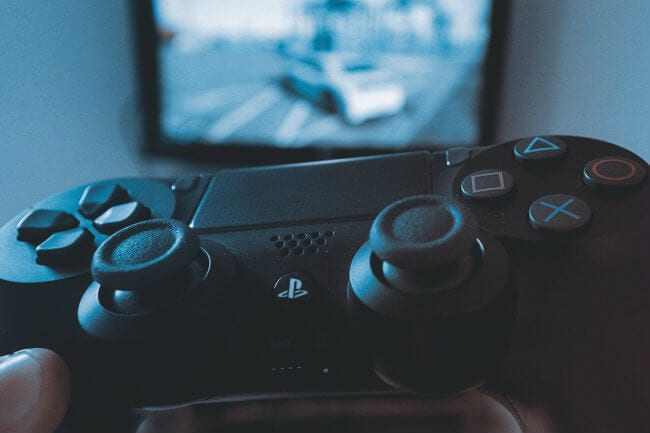 Like it or not, video games are a super-popular way for people to entertain themselves in our society, and as parents, video games give us one more thing to monitor when it comes to our kids. In our house, my husband enjoys playing with the kids on our Nintendo Switch, but many serious gamers use online streaming game services like Steam to get and play their new games. In fact, Steam is so popular that it’s the number one video game distributor in the world. However, Steam’s huge amount of video games can also be a huge problem.

Unfortunately, Steam is on the National Center to End Sexual Exploitation’s “Dirty Dozen List” because it offers tons of video games with adult content, and very little filtering or parental controls. Recently, the NCOSE called Steam out for a video game that will release this Friday entitled “Negligee: Love Stories.” According to the NCOSE, this is a full-on pornographic video game. Though some may argue that Steam does have filters, the NCOSE’s recent statement describes how they work, or don’t work, saying:

“Content filters on Steam are also woefully lackluster. While games such as Negligee: Love Stories are ‘filtered’ out of search, Steam notifies the user that games have been filtered out and offers a ‘View unfiltered search results’ button. Before reaching the official game page, the client takes the user to a separate page stating the game may content ‘mature’ content, but can be quickly bypassed by simply clicking the ‘View Page’ button.”

The video game news site Game Debate does not think a pornographic video game is a bad idea at all, and gleefully exclaims, “Negligee features full nudity, graphic depictions of sex, and sexual dialogue, all uncensored.” (Don’t click over the the Game Debate link unless you want to see some “not safe for work” or I would argue, ANYWHERE, content. UGH.)

Parents, this video game is going to be available soon on Steam, a very, very popular game service. YOU need to make sure your kid is not viewing or playing it or any of the other adult content Steam offers! Trust me, you don’t want your kids to learn their sexual behavior here. Dawn Hawkins, Executive Director of the NCOSE, said in a statement that “Steam is willfully contributing to the cultural objectification of women with this game. It normalizes the idea that men have the right to control and abuse women according to their will, something that ought to be socially unacceptable particularly in this #MeToo era.” (Bold emphasis is mine, because I reallllly don’t want you to miss that!)

Here’s another thing I don’t want you to miss:

Game Debate says that the new game on Steam features female characters that all look like minors.

“It’s still all a bit creepy when they make the girls look about 15,” the article says, “but I guess Dharker Studio [the game’s creator] will suggest they’re of legal age in-game. They certainly look like girls more than women so, er, happy perving I guess.”

Happy perving? Ummm, NO. How about NOT selling a video game that encourges sexually abusing women and GIRLS??

Previous articleFUNNY PHOTOS: Parents Reveal Hilarious Reasons “Why My Tiny Human Is Crying”
Next articleSchool Anxiety: How to Help Your Nervous Kids Manage the Jitters This Year