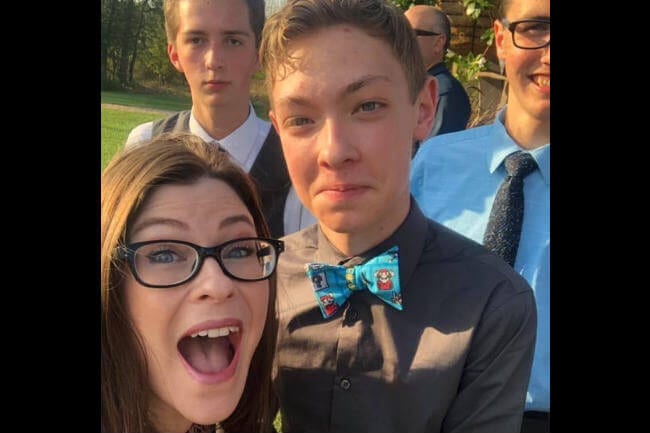 3 Go-To Parenting Phrases You Need To Put On Repeat

The other night I was having coffee and cheesecake with a girlfriend (hashtag BESTLIFE am I right?) when I looked at her across the table and said, “I just want parenting a teenager to be OVER. It’s too hard.” Now, as far as that wish goes, I’m in trouble deep: My oldest is 14 and my youngest is 7, so I’m going to have a teenager for the next twelve years, and more than one for most of that time. I’m not even two years into my first kid being a teen and I’m already crying “UNCLE!” And he’s a GOOD KID…this stuff is just hard, you guys. I’ve never been the mom of a teenager before and to say it’s tough is an understatement!

I think the hardest part for me is that I’ve got an introverted male as my first go-round as a teen. While I want to talk to him and know what’s going on in his life, he wants to put in his earbuds every time we hop in the car (and, ok, every time ALWAYS would be more accurate.) I find myself coaxing words out of him and hoping that I’m not annoying the crap out of him every time I open my mouth. But I keep opening my mouth, because i have things to say to my teen. Some of these things I’ve said before, and will keep saying. Others are things I am waiting until I get the right opportunity to make sure the message hits home. But there are three specific go-to phrases I’ve said to him that I think all moms need to say to their teenagers, and I’d like to share them with you.

3 Go-To Parenting Phrases You Need To Put On Repeat

1. You do have to be NICE to everyone, but you don’t have to be everyone’s FRIEND.

I want my children to understand that kindness is a MUST. Golden rule ALL THE WAY, kids. However, I also want them to understand the importance of surrounding themselves with positive influences and choosing friends who will make them better people. Tween and teens near to hear this message again and often. Should you be kind to the kid who breaks the rules and doesn’t care for authority? Absolutely! Should you go to that party he invited you to? NOPE. Proverbs 27:17 says, “As iron sharpens iron, so one person sharpens another.” I want my kids to understand that true friends will sharpen their love and pursuit of the Lord, not of the temptations and escapes of this world.

About a year ago a friend told me she had to go to the school principal about some things another teen was texting her kid—he was sharing personal problems and wanting his friend to help solve them. However, these problems were WAY too hard and complex for a teenager (who is still a CHILD) to help with, yet her son felt the need to make sure his friend was okay. After hearing this story, I sat my teen down and told him that it is NEVER his job to ensure the emotional, spiritual, or physical well-being of a friend. He should be a good friend and encourager but he is a child and not a problem-solver. My child cannot solve another’s self-image, self-esteem, or family problems; only Christ can do that, and through adult intervention. All parents need to make sure that their kids need to come to THEM if a friend is confiding things that are too heavy to handle. Text messages are a huuuuuge way that teens do this because they are so much more comfortable spilling their guts via text over face-to-face, so monitor those texts, parents, and have this conversation more than once.

I trust my kid, I do. He has made, at age 14, some typical mistakes and he’s totally not perfect,  but on the BIG issues, I do trust him. He has proved super responsible with the smartphone I REALLY did not want to give him, and he has accepted our corrections and directions well when he’s faltered or had questions. And I trust him, BUT…just because he’s made good decisions so far doesn’t mean he’s going to make them all the time always. So, my husband and I will continue to bring up hard topics even though we’ve discussed them in the past. And when we do, my teen will often say, “Do you think I’m actually going to {insert bad decision here}?” and I’ll say, “I really don’t, son. I trust you, but I still have to tell you these things because I don’t know what challenges or questions or situations you may face in the FUTURE, and neither do you. I trust you, but I need to keep having these conversations with you so you will have all the tools you need in your arsenal to deal with this if and when it does come up.” I need him to know that I’m more afraid of not doing my duty as a parent than I am of offending him. Shame on me if I’m not willing to risk making my child mad at me.

I know I am barely into parenting a teen, and I probably know nothing in the grand scheme of things, but it 100 percent IS my responsibility to do my best with what I DO know, and saying these three things to him over and over is at least a decent start.

What things do you make it a point to say to your teenager?