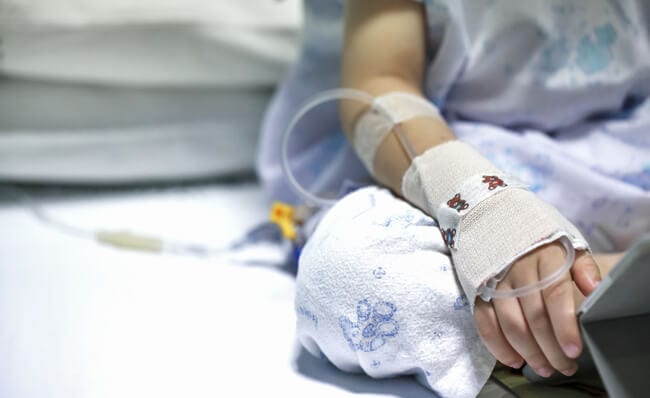 A new study is making waves this week with findings that support a national rise in suicide attempts among children.

The study published Monday in JAMA Pediatrics reveals that the number of emergency room visits for children who either attempted suicide or had thoughts of suicide nearly doubled over a nine year period.

In 2015, there were an estimated 1.12 million emergency room visits among children ages 5 to 18 for suicide attempts or suicidal thoughts. That number was up from the 580,000 visits in 2007.

Among the staggering statistics, researchers found 43% of the visits were for young children – ages 5 to 11.

The data poses an opportunity for researchers to better understand how to care for children who attempt suicide or have suicidal thoughts, which is growing at a rapid rate.

“The overall health care burden is large,” said Brett Burstein at McGill University, the research letter’s lead author. Of the patients tracked in the nationwide collection of data, the majority did not go to specialized pediatric centers. And according to Burstein, most emergency departments “are not, in general, adequately equipped to deal with this problem,” he said.

“They lack the resources to deal with this mental health crisis,” Burstein added.

The National Institute of Mental Health identifies suicide as a major public health concern. According to CDC data, it is the second leading cause of death for people ages 10 to 34.

The study published Monday further highlights the need for education and outreach.

Lisa Horowitz, a pediatric psychologist at the National Institute of Mental Health, believes that all emergency departments should be screening kids for suicide. It’s something that is currently recommended nationally for all medical patients, it is not yet required.

“It takes a nurse 20 seconds” Horowitz says of asking the four questions in the screening process. By doing so, doctors and other medical professionals may be able to save a life.

“There’s this myth that if you ask a child about suicide that you’re going to put the thought in their head,” she said. “The best way to keep a young person from killing themselves is to ask them directly, ‘Are you thinking of killing yourself?’ “

In addition to better equipping hospitals and emergency departments, Horowitz believes there needs to be a greater emphasis on educating kids about mental health—particularly in schools.

“Schools are really great about teaching reading, writing and math, but they’re not teaching coping strategies,” she said.

*** If you or someone you know may be struggling with suicidal thoughts, you can call the U.S. National Suicide Prevention Lifeline at 800-273-TALK (8255) any time of day or night or chat online.

Previous articleBuckle Up: Target’s Car Seat Trade-in Event Returns April 22
Next article‘Trash Can on Wheels’ — An Ode to My Mom Wagon