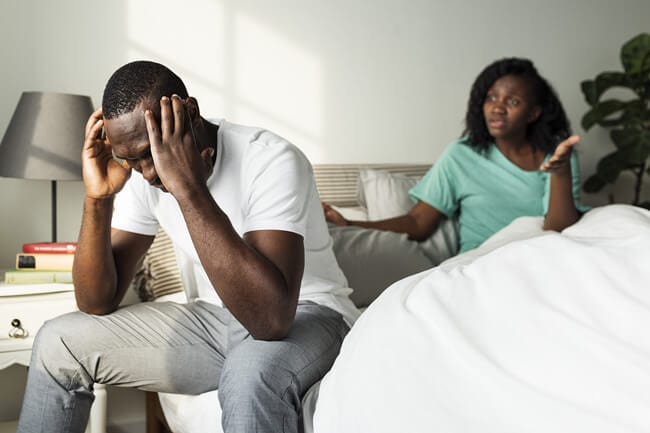 Spiritual Attack! 4 Ways Satan Wants to Get All Up In Your Marriage 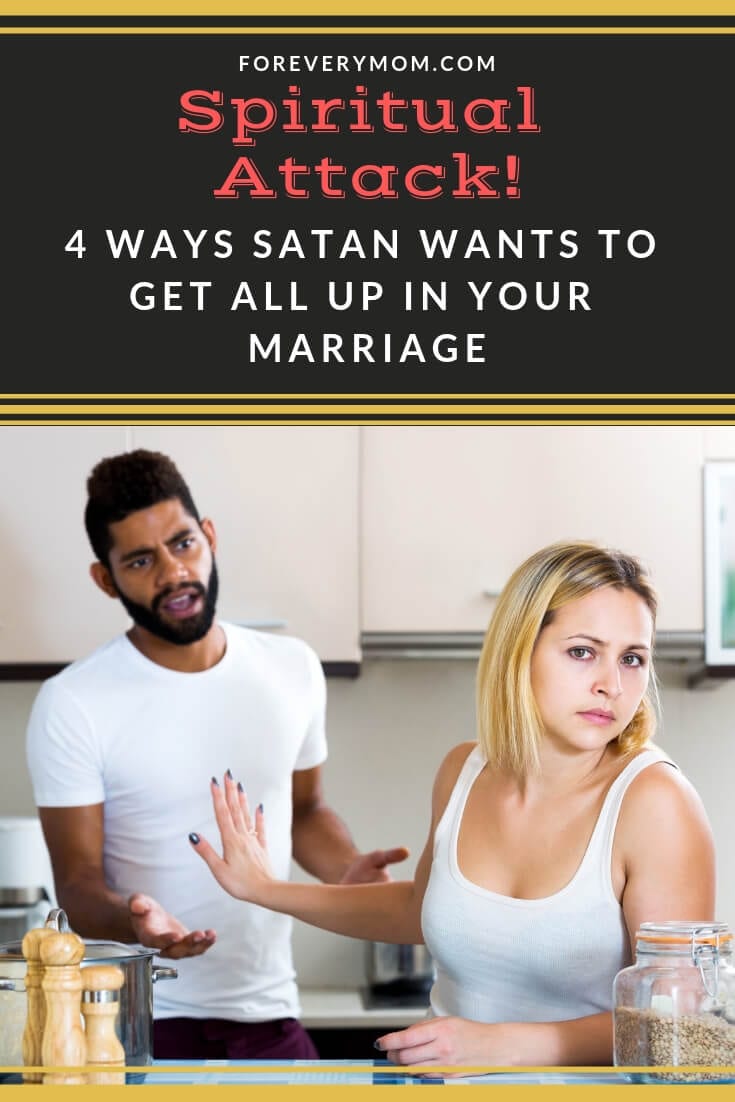 Today, I’m continuing to unpack my series on spiritual warfare and spiritual attack in marriage —focusing today on how Satan loves to divide us as couples when we pursue good and godly things. Whenever the Enemy can’t divide us from God, he goes the roundabout way by dividing us as couples, which often divides us from the Lord when all is said and done.

As a pastor’s wife and former pastor’s child, I’ve seen this in my own marriage and my parent’s marriage more times than I can tell you. I think Satan takes a heightened interest in attacking and defeating ministers and their families because they stand as examples to the rest of the church.

How does the Enemy divide us in a spiritual attack?

1. One spouse wants to do God’s will, while the other wants to do something that “makes more sense.”

One very clear example of this was in the marriage of Abraham and Sarah. They started out wanting to do something good by conceiving the son that God had promised them.

At first, they both believed God would give them this long-awaited son. But at some point Sarah grew impatient—feeling as if what made more sense was for them to “help God out.” So she told Abraham to sleep with her servant, Hagar, in order to secure the son they both wanted.

2. We want to spur one another on to good deeds—like reading our Bibles, praying, ministering, as well as where and when we go to church, etc.—but judge each other’s efforts or preferences as not enough or not as godly as our own.

The best picture of this in Scripture comes from the Pharisees who Jesus condemned for their self-righteous attitudes (see Matthew 23:4-12).

In the early days of my marriage, I also became like the Pharisees. Due to all the spiritual practices I had been doing, I came to believe that my husband just wasn’t as spiritual as I was. What an ugly picture, and one that I’m not proud of at all now!

In what ways am I giving in to the thought that I’m more spiritual or better than my mate?

3. We pursue “rightness” rather than righteousness.

Again, I’ve been a perfect example of this, especially in times of conflict. I might be right in my opinions, but when I condescendingly try to put my husband in his place, I’m wrong in my approach.

If God draws our hearts to His truth with kindness, shouldn’t we do the same?

Do I try to convince my mate of how right I am, especially in times of conflict?

4. Start out doing something good together, but it becomes an all-consuming focus that distracts us from each other and God.

I’m not saying we shouldn’t serve in these good ways, but when our involvement distracts us from pouring into our marriages and, foundationally making God our highest priority, then we’ve allowed Satan to divide and conquer us in marriage.

What “good pursuits” are distracting me from my marriage and/or pursuit of God?

What is another way you’ve seen Satan divide married couples in the pursuit of good?

Which of the four ways I listed have you struggled with the most in your marriage or life?

This article on spiritual attack originally appeared at MessyMarriage.com.

Previous articleBurger King (Yes, BURGER KING!) Nails Bullying In This Stunning Video
Next articleSpanx and Your 10-Year-Old Do NOT Go Together

Beth Steffaniak
Beth and her husband of 30 years are enjoying the early days of an empty-nest. Now, Beth fills up her days with writing, life-coaching, mentoring, as well as speaking at workshops. You can also find more of her writing and insights at messymarriage.com, as well as hanging out on her MM Facebook Page, Twitter, Instagram and Pinterest. She also offers more than 35 relationship and spiritual resources in a library that is free to subscribers of her blog.