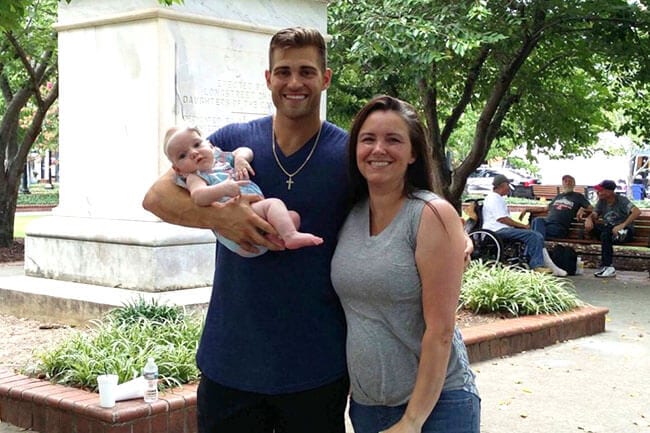 Why I Hope My Daughters Marry a Man Like Luke P.

A couple of weeks ago I posted a photo on my personal facebook page of Luke P holding my baby. (If you don’t know who Luke P is, you haven’t been watching The Bachelorette, and for that, I applaud you.)

I expected to feel somewhat humiliated standing in line as the 30-something mother of three surrounded by teenage girls who drove hours to be there, but I tend to be most comfortable hanging with teenagers, so it wasn’t too bad. #youthministrywife

What I didn’t expect were the disapproving messages that came in just minutes after posting from so many questioning my decision to hand this man my baby.

Shocked and dismayed is an understatement, y’all. And while I know I don’t need to explain myself, I want to… so I’m going to. 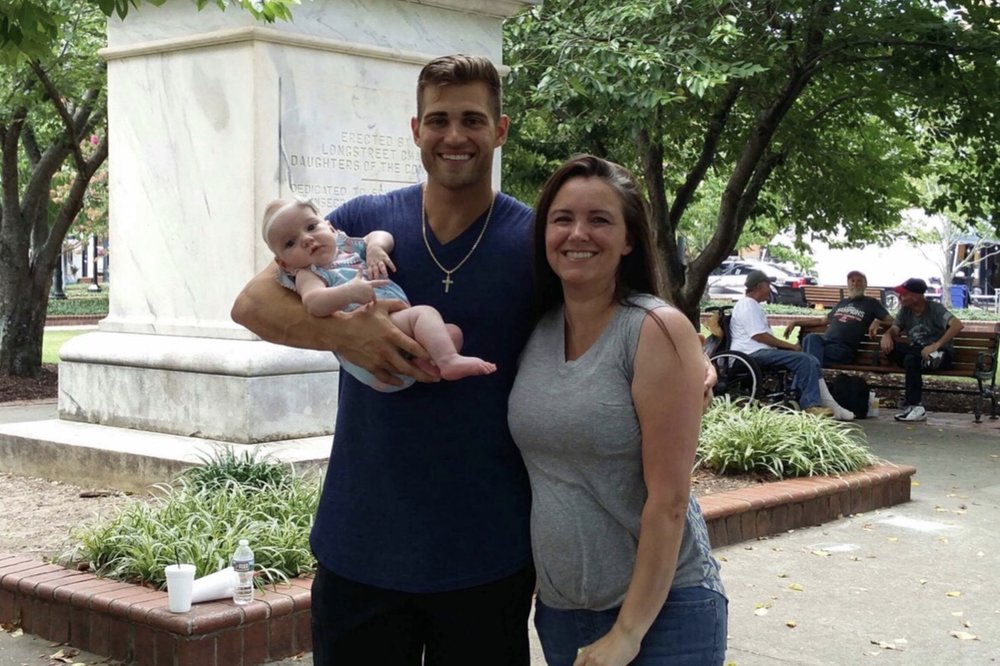 The reasons I traveled to meet Luke P are threefold:

1 – I was visiting Gainesville, where I grew up and where he lives, and he was less than a mile from where I was staying. So… why not, right?

2 – HAD TO send a pic of him holding my baby to my bachelorette watching companion. #hadto

3 and most importantly – I stand behind him, I support him, and I wanted him to know that. And judging by the line, it looked like I wasn’t the only one.

Luke P was portrayed as the villain on the show and he made his share (and several more shares) of poor decisions, but let’s not forget the editing power of Hollywood and let’s not demonize a man for falling prey to it.

Christian men need us to have their backs, right? Because the world is not kind to Bible-believing Christian men.

Let’s remember, Christian friends, that being a Bible-believing Christian man doesn’t make one a misogynist or a narcissist, but a leader who loves his wife and wants to see her grow together with him to be more like Christ. Let’s remember what Scripture tells us about husbands – that they are to love their wives as Christ loves the church and gave Himself up for her.

I think watching all of this unfold was so tragic for me because I so hope and pray that my son grows to be a strong Bible-believing and Jesus proclaiming man of God… and I know the world will not be kind to him. I hope he will stand strong in the face of verbal abuse and shaming. I hope he will not lash out when others lash out at him, but will quietly and humbly stand his ground and defend his faith. I pray he will meet a woman who doesn’t just love Jesus with her whole heart, but also desires to show her gratitude for His amazing sacrifice by loving Him through her actions, words, and decisions. (James 2:14-26)

And I so pray that my girls will marry the type of man who proclaims and defends the Gospel and lives it out in the way he leads his family toward Christ. The type of man who makes mistakes and owns up to them, but doesn’t wish he could change them because he sees how God has used those very mistakes to draw him closer to Jesus.

The type of man who is not too filled with pride to apologize, even in front of a world who hates him. The type of man who cares about my daughter’s bodies and the decisions they make regarding their bodies, and who is bold enough to speak up and hold them accountable when those decisions are in opposition with the Word of God.

The type of man who doesn’t try to own them, but seeks to guide them toward Christ in their choices, and desires to be a spiritual leader.

I pray they will marry a man who will stand for what he believes, even in the face of a world who will bash him and beat him up for those beliefs. He doesn’t have to be a good ”talker…” but he does need to know what he believes, stand by it, and not let pride and arrogance get the best of him.

And most importantly, he needs to love them as Christ loves His church and gave Himself up for her.

All of that sounds a whole lot like their daddy. I’m so grateful my children have such an amazing model to guide them and lead them as they grow.

As for Luke P… watching, reading, and paying close attention to the aftermath of all the drama Hollywood stirred up on The Bachelorette, I see a lot of those attributes in him as well… a man who made a lot of mistakes, owned them, apologized, and is growing closer to Jesus because of them.

…and you know what? Jesus still loves him.

This piece originally appeared at everydaymerciesjournal.com, published with permission.

Anna Ellzeyhttps://everydaymerciesjournal.com
I'm Anna Kathryn! ...and most days I'm a mess - desperate for the Everyday Mercies of a sovereign God who knows me, pursues me, loves me. I'm here to share my mess, to share His grace, and to encourage moms on this journey with me, embracing the life-giving mercy of Jesus in the exciting, in the mundane, in the failures and successes of each new day. You can read more about my journey over at everydaymerciesjournal.com.