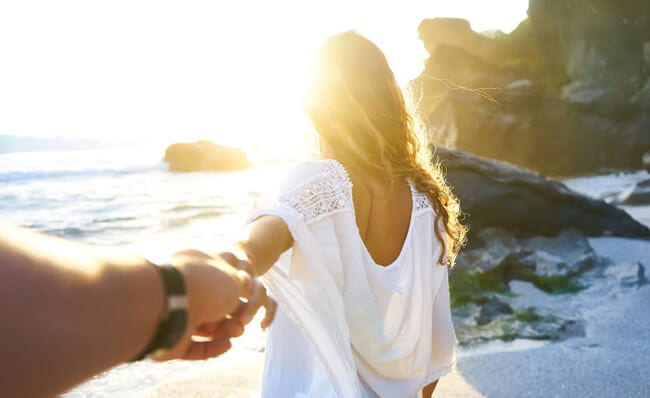 Instead of Praying for God to ‘Fix Me’ After Losing My Son, I Did This

Readjusting after my loss was difficult but necessary for me to grow spiritually and heal mentally. Feeling misplaced as to where I belonged then, was my biggest challenge. Before my firstborn son passed away, my title was mom. And then in a blink, I was nobody. After having a title of that magnitude go away, it was critical for me to find purpose in my life for a healthy future.

The first thing I did was pray. My prayers weren’t to fix me, but rather to help release the control fear was having over my life by surrendering them to God. Fear of the unknown after something tragic happens can be debilitating and I didn’t want it anymore. I began letting go of the idea that I had to have control over everything in my life. Releasing the control was liberating and helped me put my son’s death in perspective.

The truth I learned is that [every day] is a gift. I began changing my mindset from fear to acceptance. Understanding that even if I didn’t know the reason for his death, it still had great purpose and would eventually shape a better version of me. I started appreciating all the things I would have to face, even my own cancer diagnosis 14 years later. Once I did that, my perspective shifted and I felt like a huge burden had been lifted off me. My transformation allowed me to embrace my past, present, and future. It gave me a reason to live for a purpose and focus on things I could do to change my life for the better, instead of focusing on the things that I can’t. I became more engaged, started enjoying my life and developed a newfound gratitude for all things, good and bad.

With a newfound perspective came personal growth. Life changes for the better when you live with purpose because you’re paying attention. You speak better, act better and understand others in a different way. Continuing to grow became my lifeline because I knew that it would not only benefit me but also, those around me.

Living with purpose is the greatest gift my son gave me. The pain of his death doesn’t even compare to the purpose he gave my life. He fueled my passion to become a better mom to his four younger siblings, a better daughter, sister, friend, and wife.

Prayer, surrender, and purpose started as coping mechanisms but ended up becoming essential to living intentionally for my future. Now my prayers are filled with gratitude instead of fear.

This post originally appeared at ThriveGlobal.com, published with permission.

Amy Debrucquehttps://www.amydebrucque.com
Amy is a wife. mother. daughter. sister. friend. survivor. encourager. believer. She loves entertaining with family and friends. A self-proclaimed "beach junkie", health nut, and chocolate lover, she loves cooking, baking, attending her kids sporting events and getting in weekly HIIT workouts with her friend Alice.   Amy has always had a love of writing but pursued college and careers in fashion and education first. It was within the last few years that she returned to writing, creating her Blog and publishing articles in Womenencouraged.com and ThriveGlobal. She has been a guest speaker on Rachael Adams, The Love Offering Podcast and is currently working on her first book.    Her faith in God is what gives her focus and drives her to be intentional in all areas of her life. Living on Purpose isn't her mantra, it's her Life. Connect with Amy on Facebook, Instagram, and Twitter.