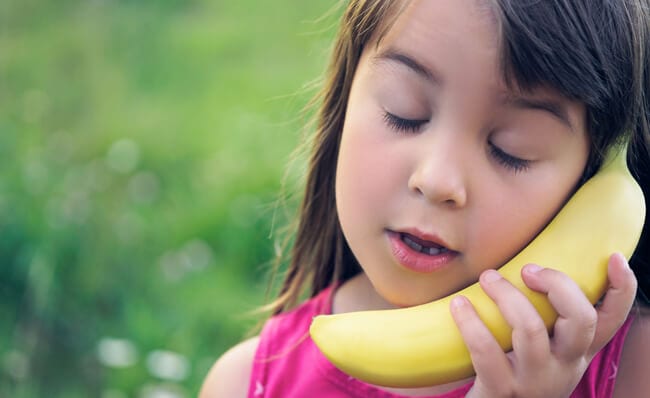 What to do When Your Kid’s The Bully

Lots of kids test out being mean — even your little angel — but you can stop the [behavior] that has them acting like a bully.

Mom of three, Isabelle Moore* still remembers the day she found out that her son Ewan* had bullied someone. “This [behavior] has got to stop,” her friend Jessica Lapin* said angrily into the phone as Moore listened, confused. Nine-year-old Ewan was friends with Lapin’s son, Sam*.

According to Lapin, Ewan had been calling Sam names, which intimidated him. Now he’d thrown a stone at Sam — not only was Sam physically hurt, but he also didn’t want to go to school. It was clear Lapin was very upset.

Moore’s first reaction was denial. Ewan had been acting like his usual self, and he hadn’t said anything about having problems with Sam.

It wasn’t until the school principal confirmed that Ewan had been teasing Sam and disrupting class by arguing with teachers that she began to accept there was a problem with his [behavior]. “I was taken aback,” Moore says. “It was a real shock, because I had been thinking, ‘My child wouldn’t do that.’”

Joanne Cummings, a psychologist and a director at PREVNet, a national organization dedicated to stopping bullying, says Moore’s initial disbelief is typical of parents when they learn of their child’s bullying [behavior].

To be clear, Cummings defines bullying as “aggressive [behavior] within a relationship in which one child holds greater power than the other,” and it comes in three forms: physical, such as punching, pushing and hitting; verbal, such as mean teasing, name-calling and threatening; and social, such as leaving a child out, spreading [rumors] and telling others to avoid someone.

Most parents don’t like to think that their child would act aggressively toward others. But research from the Public Health Agency of Canada shows that in 2010, 53 percent of students in grades six to 10 reported having bullied someone. Another study of younger children, published in the Canadian Journal of School Psychology, found that in grades one to six, bullying occurs in school playgrounds every seven minutes. “Lots of children test out bullying and many, at some time or another, are involved in using their power aggressively,” says Debra Pepler, a psychology professor at York University in Toronto who was involved in the latter study.

Six-year-old Joshua Shea* is one of them. His mom, Dianne*, was recently stunned to find out that Joshua made a girl cry at school by saying cruel things about her weight and that he had licked some older boys on the playground. While Shea had noticed a change in Joshua’s [behavior] — he was scribbling on his homework, getting angry when she picked him up from school and complaining about having to go to school in the mornings — she assumed he was just having a rough time transitioning from kindergarten to grade one. She was heartbroken to hear from the school that he had been hurting others’ feelings and acting out. “I was not sympathetic to my son at that point,” she admits. “I was disgusted and profoundly disappointed with his [behavior].”

For Moore, finding out that Ewan had upset Sam and was disrupting class time left her with feelings of shame, embarrassment, worry, and guilt. She didn’t even want to be on the school playground, nervous about what others thought about her and her family.

It’s hard to know what to do when your kid is acting badly toward others. You have to delicately balance your own defensiveness with the other family’s feelings while steering your child’s [behavior] in a positive direction. Here’s how to navigate the rough waters.

Cummings says it’s normal for parents to feel shame and guilt when they find out their child has been bullying others, but it’s helpful to understand that learning how to act in social situations is one of the hardest things for a kid to figure out. “Just like some kids struggle to read and we give them extra support, other kids struggle socially and also need extra support,” she says.

Often, Cummings says, acting like a bully is a rite of passage. Stepping in early can put an end to the bad [behavior] before it gets out of hand.

When your kid has upset someone, it’s important to apologize and reassure the other family involved that you’re committed to fixing the problem. Having your child write an apology note to the victim is also a good idea. “Parents often want to speak directly to the other parents,” says Cummings, but she suggests it’s often best to approach the other family through an intermediary such as the school [counselor], a teacher or the principal.

Moore found this out the hard way when she tried to apologize to Lapin, who was too angry to listen. “She was more interested in being angry with me, and she didn’t want to actually enter a meaningful dialogue,” Moore explains.

According to Michael McCabe, associate professor of education at Nipissing University in North Bay, Ont., kid bullies may be imitating angry [behavior] they witness at home, getting pressured by peers or bullied themselves. McCabe is working on a book called “Conversations with Children: Raising Our Bullied Children,” and recommends asking kids questions in a non-accusatory tone and starting a discussion about what they think they do that makes other people feel happy, annoyed or scared. In Joshua’s case, he didn’t like having to sit down and read books with an older student in the school’s reading buddy program. He found the books too easy — but instead of saying that, he called her fat and told her she was a bad reader.

“Show your child that you understand what it’s like to be annoyed, angry or jealous, or to want attention,” says Cummings. “Help him understand his feelings and explain that we all experience them, but that it’s never OK to act aggressively because of them.”

Bullying can be a dangerous cycle, says Cummings. “If left unchecked, it can be very reinforcing for the child who bullies — it increases feelings of power.” That’s why it’s important that adults step in and give consequences to teach that bullying is “wrong, hurtful and unacceptable,” she says.

If you witness your kid hurting or speaking meanly to another child, pull her aside immediately and tell her to apologize — this teaches her that it’s important to take responsibility for your actions and make amends when you’ve hurt or upset someone, says Cummings. Warn her that the next time she acts that way, she’ll have to leave.

While calling out the [behavior] is key, avoid harsh punishments that might intimidate or humiliate your child, like yelling. “Sometimes parents genuinely believe their child should experience how terrible it feels to be bullied, to have a taste of her own medicine,” says Cummings. “While fear may curb the [behavior] in the short term, it will not change it.” McCabe says parents should choose a logical consequence related to the [behavior]. If your kid hurts and intimidates a friend, cancel a few playdates. If he punches someone, he should be kept in at recess and away from his friends.

“As parents, we have to think of ourselves as being on stage,” Pepler says. “If we want our children to be kind and helpful, then we have to show them how to be kind and helpful.” Take an objective look at what’s happening at home. Do you slam doors when you’re upset, raise your voice at your spouse or speak badly about your mother-in-law? If so, it’s time to make a change.

Moore and her husband felt they had a positive environment at home, and they vowed to maintain it. When they saw Ewan behaving well, they were quick to jump in and tell him he was doing a good job so he’d want to keep acting that way. In the playground after school, they kept a close eye on his actions and stepped in if they saw him being mean to another kid. Moore stopped hearing complaints about the way Ewan was treating Sam, and, within two and a half months, his [behavior] in the classroom improved.

Shea’s family adopted a similar strategy. She and her husband make themselves available whenever Joshua needs to talk, and they don’t judge his emotions. They are also taking Joshua to a psychologist and had him apologize to the girl he offended and her parents, as well as write her a letter to tell her what she’s good at and what he likes about her.

Shea is working with Joshua to help him verbalize how he’s feeling rather than act out, and she has asked his teachers to let him call home if he’s upset at school. “Whether the bullying stops — we will see. I hope we’re educating him enough that he makes the right choices.”

* Names have been changed

This post originally appeared at shandleymcmurray.com, published with permission.

Previous articleBREAKING: More Children Died in Hot Cars in 2018 Than Any Year on Record
Next articleInstead of Praying for God to ‘Fix Me’ After Losing My Son, I Did This

Shandley McMurrayhttp://shandleymcmurray.com
Shandley is a freelance writer whose works have been published in Chatelaine, InBetween, Time Out New York Kids, Parents Canada and Today’s Parent as well as sites like Planet Ware, University Health News, Travel Mindset, and AKA Mom. In her spare time, Shandley parents two adorable (and hilarious) kids with her husband and has written four books, including two for kids: On The Reef and Under Your Nose (Firefly Books). Visit her website [www.shandleymcmurray.com] to connect and learn more.