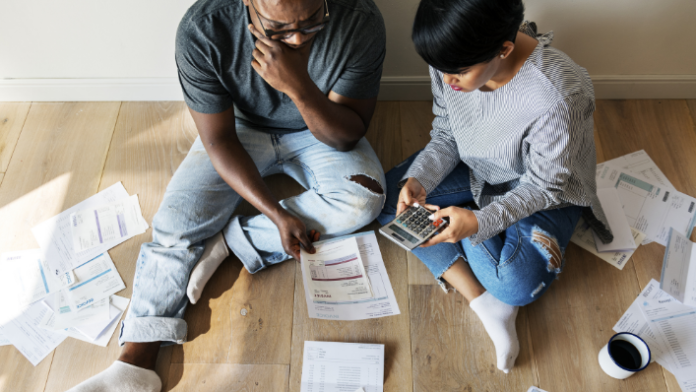 How to Pay Off Debt Even When You Hit a Setback

Here’s my little Happy New Year gift to you. I’m bringing you a simple, concrete, and easy plan to put in place tip to fuel your efforts to Save Money, Pay Off Debt and Be Awesome this year. Looking for a quick plan? Well, this might not be the right place for you. Most things done well take time. But that doesn’t mean you can’t begin to implement systems in your life that will help you achieve your goals. I’ve said it many, many times before. Paying off debt isn’t complex. It’s just not easy. You have to punch the clock daily and do the hard work. Here’s another way to make that happen.

Don’t Quit, Even When You’re Weary

Spoiler Alert: No matter how much I paint it to be a big party, there are days when paying off debt just isn’t any fun. You will grow weary. The needle will seem slow to move. You will wonder if you’ll ever be done with this journey … if it really makes that big of a difference … if you should just quit and throw in the towel.

It’s not a question of if those days will come, but merely when. Maybe you’re there today. Maybe it was last Thursday. Maybe it will be next Thursday. I can’t count the number of times we were cruising right along and then unexpectedly BAM! I was hit with an enormous wave of discouragement. In all reality, our debt-slaying journey was only around 1,455 days (who’s counting right?) but there were days when it seemed like it would NEVER end. “Please put me out of my misery, I don’t really care anymore, why for the love of Mike are we still walking this road?” days.
For me, it was wise to pause and at least acknowledge these days, to realize and rationally engage what was going on. Ignoring them would have been unhealthy. Remaining in the emotion for weeks on end, also unhealthy. When I faced my fears and discouragement head-on and battled them as fiercely as the Debt Dragon himself, I was able to soldier on and keep my feet on the path.

Here are a few ways we stayed on track to paying off debt when we were discouraged and wanted to quit.

If you’re feeling weary, can I encourage you for a moment? Don’t quit. Don’t give up. Don’t give in. Don’t let the fear of the present overcome the victory of your future. While it seems like your destination will never be reached and your quest is pointless, it isn’t. Every time you throw in the towel, you actively choose to remain in your current situation just a little bit longer. Wouldn’t you rather have those days on the side of victory? Wouldn’t you rather be able to give more, to save more, and, for heaven’s sake, to actually enjoy the money you make rather than wallowing in worry and fear?

It’s worth it. Battle on, Lords and Ladies. Battle on.

Read more about how Cherie and her family paid off over $127K of debt in under 4 years in her book, Slaying the Debt Dragon!

Previous article7 Things You Should Quit Doing in 2021
Next articleMamas, All They Need Is Milk and Honey

Cherie Lowe
Since 2008, Cherie Lowe has been confidently wearing a plastic crown and encouraging others to dream big dreams. Together with her husband, Brian, Cherie paid off $127,482.30 in a little under four years. She scribed the ups and downs of their "debt slaying journey" on her popular website, www.QueenOfFree.net More than anything, she longs for others to know that there is hope for getting their finances under control. Her new book, Slaying the Debt Dragon , was published January 2, 2015 and is available wherever books are sold.