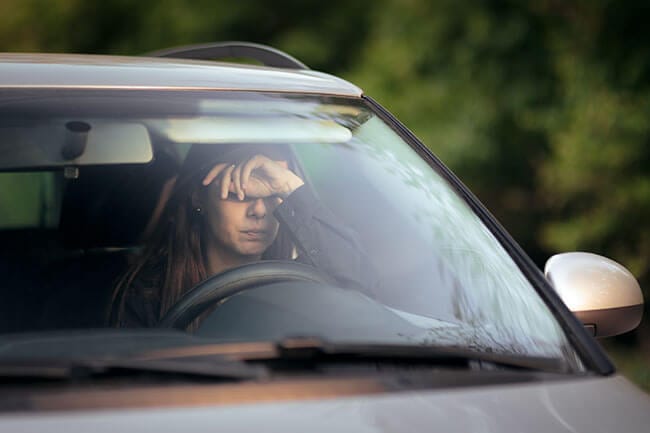 Sobbing in my Minivan over Honor Roll

Our middle kid has sat through five years of “success assemblies,” where kids are recognized for making honor roll or for leadership or for perfect attendance. And not once, not once, in those five years from kindergarten through fourth grade has his name ever been called. Year after year, success assembly after success assembly, he has sat on the floor while all his friends have had their turns to get up and get their certificates.

This is an excruciating kind of torture. To have to sit and watch while the kids around you all stand to the applause of their parents and go forward to be recognized. I know that side, too, because both of my other kiddos have had their fair share of certificates and accolades. But neither of them ever worked as hard as our kiddo in the middle. If you’re a mom of a kid with any kind of learning disability or speech disability or any other challenge they’ve had to overcome in the classroom, you probably know what I mean.

Because you, too, know what it’s like for ten minutes of spelling homework to bleed into two hours of tears and gnashing of teeth. You know the profound self-doubt that can swamp a kid. You know the struggle that comes from not being able to make the words that come out of your mouth sound like the words on the page. Of always feeling different or behind or just not smart enough. We’ve lived it too. We’ve lived individual education plans and speech therapists and long stretches of struggling to understand the words that came out of our son’s mouth.

So many nights of frustration. So many afternoons trying to turn back the tide of our kid’s belief that he was stupid. He would sit at the long stretch of the kitchen table with his face screwed up in a fury of self-loathing, tears streaming hot down his cheeks, and the pencil nearly snapping in half as he tried to sound out the words he was supposed to spell but that he could barely pronounce.

It started to eat away at my soul. Not that he couldn’t spell but that he believed he would never be able to spell. By the time Micah reached fourth grade, we finally entered the world of a teacher who believed in him with a conviction that carried weight, and we all caught a fresh breeze of hope. I sat down with her during the very first week of school and gave Ms. Noord the scoop on this kid we love so much. I laid out his phobia about spelling and the posttraumatic stress he experienced anytime he got a new set of words he was sure he was going to flunk . . . again. She listened and she heard, and then she advised and laid out the plan to set him up for success.

And he started to say his dream out loud: “I am going to make honor roll this year.” He’d say it over and over, as if saying it out loud could make it so. I admit that in a quiet corner of my heart, I never really let myself believe it. I didn’t think I could handle my own disappointment alongside his if he missed that mark again. So I cheered and I championed and I was terrified when he told me that report cards were coming home the next day.

Sure, there had been an uptick in his spelling-test scores and he was reading with confidence, even if not always with accuracy. But would this equal a grade higher than the Cs and Ds we were used to? I had no idea. I just know I showed up at the bus stop early. I sat in the minivan with the engine running and the windows cracked open and I waited.

The sun bled through the watery clouds and the big yellow school bus rolled to a stop at the corner of Forest Avenue. I squinted through the window at the door that had folded open, and my brain tried to catch up with what my eyes were seeing: kids hopping off the bus one by one, blocking my view, and then the biggest boy in the neighborhood standing on the bottom step with his hands held high above his head, clutching a sheet of paper like it was a golden ticket and yelling, whooping really, as loud as he could, “I made honor rolllllll! I did it! I did it!”

Then he was in the car and shoving the paper into my stunned hands as I scanned the grades and then the words in that final paragraph: “Congratulations on making honor roll!”

He really did it! All As and the long-dreamed of Bs, in reading and spelling and comprehension. I almost scared him with my excitement for him. My chest heaved and my eyes filled as I wrapped my arms around him. Because there’s no brave like watching our kids be brave. There’s no joy like watching them overcome their deepest fears. I hugged Micah tight to my heart in the car, the gearshift poking us weirdly in the ribs, my mascara streaming down my cheeks, tears and laughter mingling, and his eyes were a mirror of my own: disbelief and wonder at the same time.

We drove down the gravel lane to our house, and when he saw that his dad’s car was already parked there, already home, he flew out of the car and straight for his father. I caught up to them in the kitchen as Micah waved his report card in the air, and his dad’s face caught fire with pride and he braced himself as Micah, our giant boy, launched into his arms.

Their crazy laughter was like a magnet for the rest of the family, and everyone piled on and we were a scrum of celebration. This is why we do the 364 nights of tears and frustration—because we know there is that one day waiting out there to recognize all we have sown. That one day when we get to reap so much delight that we can barely hold it all in our hands.

Lisa-Jo Bakerhttps://waterbrookmultnomah.com/books/591670/the-middle-matters-by-lisa-jo-baker/
Lisa-Jo Baker, a former attorney and longtime Community Manager at (in)courage, is the bestselling author of The Middle Matters, Never Unfriended and Surprised by Motherhood. Her writings have resonated with thousands and been featured on Huffington Post Parents, Bible Gateway, Fox News, Christianity Today, IF Table, and more. She is the co-host of the Out of the Ordinary Podcast and a sought-after national speaker who considers connecting with women in real life the best part of her job. She and her husband of over 20 years live just outside Washington, DC, with their three very loud children.