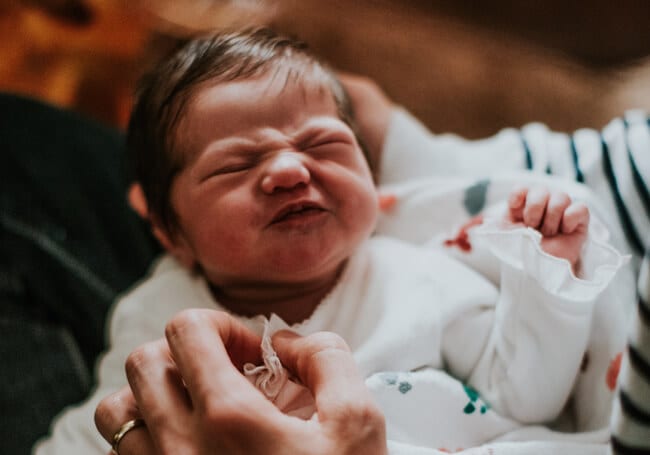 Georgia Gov. Brian Kemp is expected to sign a controversial bill this week that would ban abortions after a heartbeat is detected — typically around five or six weeks, and often before a mother knows she’s pregnant.

The ‘fetal heartbeat’ bill would change the current legal period of receiving an abortion from 20 weeks down to as little as six weeks, making it one of the most restrictive abortion laws in the nation.

It’s a stark contrast to bills like New York’s Reproductive Health Act passed in January, which made abortion legal through the third trimester in cases where the mother’s mental or physical health is at risk.

The proposal of the bill has drawn passionate support from both sides this week with several pro-life groups cheering it on, and a myriad of celebrities speaking out against it.

Here’s everything you need to know about Georgia’s fetal heartbeat bill.

The proposed six-week abortion ban is not unique to Georgia. Both Kentucky and Mississippi have passed “heartbeat” bills in recent weeks, leading the ranks of at least ten other states whose Republican lawmakers are considering similar abortion bans including Tennessee, South Carolina, Ohio and Florida.

“I’ve often said I want Mississippi to be the safest place for an unborn child in America,” Mississippi Gov. Phil Bryant wrote on Twitter last month. “We will stand for life here in the Magnolia State and hope the rest of the nation follows.”

According to CBS News, states have started introducing and passing more anti-abortion access legislation than ever before, hoping it may lead to the Supreme Court reconsidering Roe v. Wade. This year alone, state lawmakers have introduced more than 250 bills restricting abortion access, according to a study conducted by Planned Parenthood and Guttmacher last month. The study found that six-week abortion bans, like Georgia’s, are up by 62 percent.

This comes as states like New York, New Mexico, Maryland, Rhode Island, Vermont, and Virginia, among other Democratic-leaning states, are supporting bills that allow abortion up to the moment of birth.

But as often as these bills are being proposed or passed by state lawmakers, they’re also being met with opposition and deemed “unconstitutional” by several federal judges under Roe v. Wade, which is protected by the U.S. constitution.

Roe v. Wade’s ruling allows abortions until 24 weeks, which the justices said is the “point of viability,” when the fetus can survive outside of the womb.

As for Georgia, Kemp has until May 12th to sign the ‘fetal heartbeat’ bill before it is then handed off to the Supreme Court for an ultimate decision. If passed, the bill would take affect as law on January 1, 2020.

The measure does allow exceptions in cases of rape or incest on the condition that the victim files a police report or someone files one on their behalf. Other exceptions include cases in which a doctor determines termination necessary to prevent death or serious harm to the mother, and in cases deemed “medically futile” in which doctors assume the fetus would not be able to live after birth.

Last Thursday, on the eve of the vote in Georgia, some 50 Hollywood actors  including Alyssa Milano, Amy Schumer and Ben Stiller, wrote an open letter threatening to pull business out of the state, which is a hub for filming movies and television shows.

To @BrianKempGA & Speaker Ralston:
Attached, is an open letter signed by 50 actors against #HB481. On behalf of the undersigned–as people often called to work in GA or those of us contractually bound to work in GA–we hope you’ll reconsider signing this bill. #HBIsBadForBusiness pic.twitter.com/DsOmAWYU2x

“We want to continue to support the wonderful people, businesses and communities we have come to love in the Peach State,” according to the letter, which was addressed to the governor and the speaker of the House of Representatives. “But we will not do so silently, and we will do everything in our power to move our industry to a safer state for women if H.B. 481 becomes law.”

In addition to celebrities protesting the bill, The American Civil Liberties Union of Georgia has also indicated it will fight the law in court.

Previous articleThe Most Life-Changing Thing You Can Do For Your Child
Next articleGod Doesn’t See You as Ordinary, So Why do You?