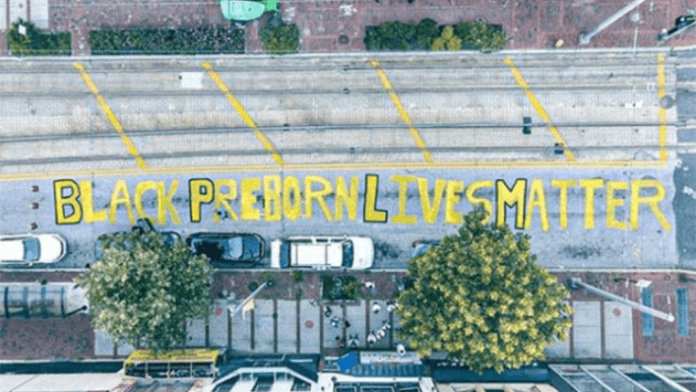 ‘BLACK PREBORN LIVES MATTER’ was painted on the street outside of the downtown Baltimore Planned Parenthood building by pro-life activists, Students for Life in America, early Saturday morning. 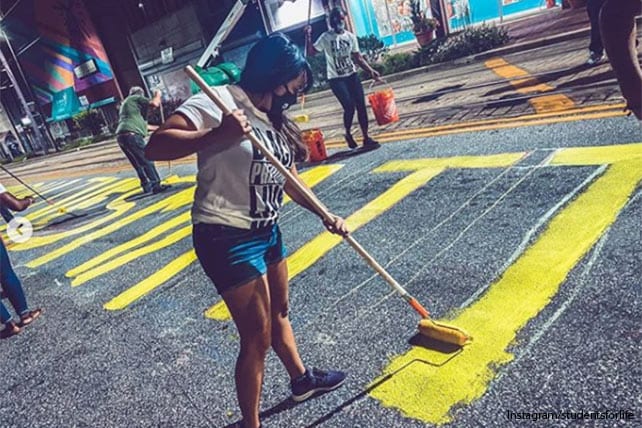 Police officers arrived on the scene shortly after the pro-lifers began to paint but did not make them remove it nor did they issue any citations.

Baltimore police Sgt. Vincenzo Julio said “(The message painted) will remain here unless the city wants to come take it out, and that would be outside the police department.”

The pro-life Students for Life in America street painters wore shirts that read ‘BLACK PREBORN LIVES MATTER’ and gave them to the police officers that arrived on the scene. 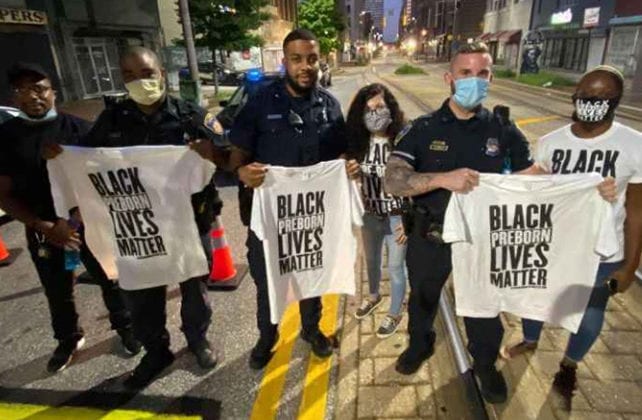 On their website studentsforlife.org they released a statement explaining why they painted the ‘BLACK PREBORN LIVES MATTER’ slogan outside of the Planned Parenthood:

The effort comes at a time in which Planned Parenthood’s racist past and present are making headlines. Even Planned Parenthood past and present employees acknowledge the racist roots and history of the nation’s No. 1 abortion vendor, which seems to be impacting their current working environment. Consider that though only 13 percent of the female population, African American women make up 38 percent of all reported abortions. Perhaps that is because 4 out of 5 Planned Parenthood vendors are within walking distance of minority-dense neighborhoods, according to a Supreme Court amicus brief. 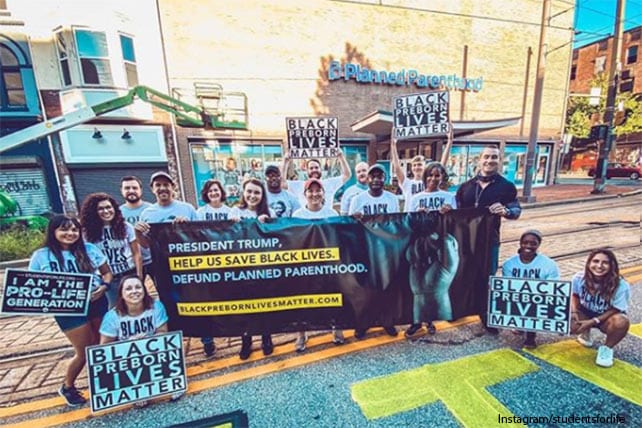