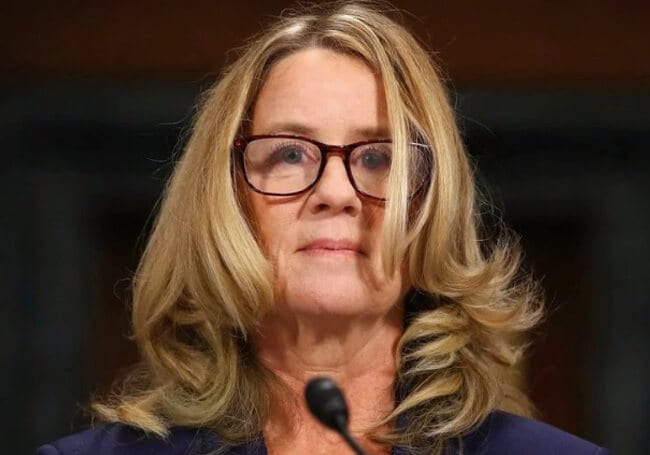 Why Every Mom Needs to Hear Dr. Christine Ford Give Her Testimony

I remember that night, and my insides tremble.

It was twenty-six years ago, about this time of year. A cool breeze brushed against my skin as my best friend and I walked down the street, to a friend’s party just around the corner. Anticipation jogged my heart beat faster because I knew he would be there. It was that guy — the one who flirted with me in Spanish class, the one who threatened guys in the hallway that I stared at a little too long. He was handsome, funny, forward, and like no one I had ever known. My fifteen-year-old-self was taken with him for all the wrong reasons, but taken nonetheless.

We walked through the front door of the “party-house,” my friend and I, and we were greeted Cheers-style by a room full of familiar faces and Hellos. The soiree had been partying for hours already. Music blared, hip-hopping from the stereo’s speakers. A faint hint of cigarette smoke from the patio had made its way inside the living room. Crushed Bud Light cans littered the trash can almost to the brim. Lively conversation filled the house, and everyone had a drink in their hand.

The only other thing I remember happening that night was the upstairs part. The part where he asked if he could speak to me, alone, away from all the noise. It was something really important.

I imagined he wanted to have the conversation, yes, the DTR that most fifteen-year-old girls believe locks in the relationship, but also locks in the security, identity, and self-confidence that high school relationships promise. It was the conversation I had been waiting to have all summer, the one he had dodged successfully for over six months. He wanted us to talk. Really figure this out. Fifteen minutes into my walking inside, he found me, convinced me quiet was necessary, and we made our way upstairs.

What happened in that room is not an experience I want to detail, even today.

But I breathe a sigh of relief, twenty-six years later, when I recall the moment that helped me escape from that room. I stiffened when I heard the sound. Ten feet away, the forceful jostling of the brass door handle shook the door. The party’s host, pounding loudly on the other side, yelled angrily.

“HEY, all these doors are supposed to be open! Who’s in there? I’m coming in!”

“NO, NO, we’re great!” he said, surprised, his wide Joker-smile beaming.

“Who is that in there? This is your last chance…speak up!”

Speaking louder and turning his body toward the door to be heard, he asserted, “Go back downstairs, dude, this is none of your business!”

The simple turn of his body shifted his weight and allowed me to move my mouth away from his cupped hand. Simultaneously, I attempted to scream over him in the loudest voice my pressed-down chest could manage, “Cal, Cal, come on in, Please!” Attempting to wrestle away, ” Yes, everything’s fine!” I tried to say.

As a teenager, that was the best that I could do, overcome with shame. I could eek out, “Everything’s fine” when all I felt was shame for not being a good girl. After all, I had put myself in this situation.

Cal successfully picked his bedroom door open, and the threat was immediately dismantled. We walked downstairs, away from each other, he to his group and I to mine. Minutes later, I begged my friend, “It’s time to go,” and I didn’t speak about it to anyone for twenty-six years. 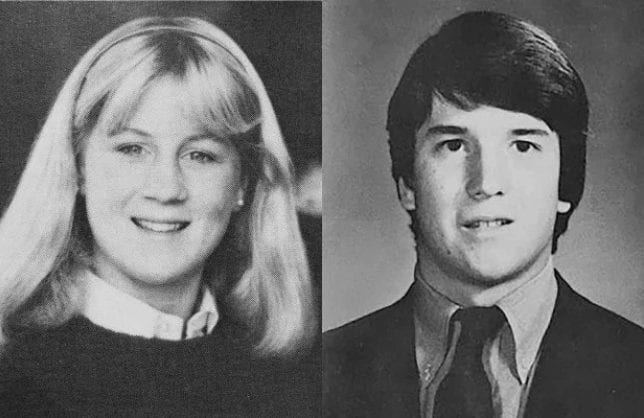 I know they were both teenagers. It sounds like they were both at a party where underage alcohol consumption was taking place, clouding already immature, hormonally driven judgment. And I know that she is risking the safety of her family, which is the greatest risk any mother might ever take, to tell her story about what happened to her as an adolescent young woman.

The question I keep hearing is, If Dr. Ford’s allegations of sexual harassment are true, why didn’t she press charges when it happened? or Why didn’t she say something earlier?

I have one possible answer: As a young woman, she felt ashamed.

Shame follows us down long dark corridors, sometimes barely lingering behind a closed closet door, rearing its ugly head when the name of the person who assaulted you gets brought up in conversation some twenty years later at your high school reunion.

Shame threatens to distract your conversation when you talk to your teenage son about how he is to treat every girl he encounters with dignity and respect, teaching him that, “NO means NO, NO never means YES!”

It is quite possible that, after sorting through a sexual assault incident she shared with her therapist and husband years ago, Dr. Ford would not let the threat of Shame back her into a corner, to be silenced. Our adult selves have a way of overcoming shame that our younger selves could not.

Even beyond dealing with shame at a young age, coming forward with an allegation like this is plain scary, especially for a teenager. Attorney Holly McAfee says it best: “The nature of a victim’s experience, and the costs of coming forward often make it a very difficult thing for a true victim to gather the courage to do. This is not to say that every person who makes an allegation is being truthful, of course not. But to say that only those who report immediately should be believed, or that a delayed report is inherently suspicious are both wrong and harmful to society.”

Judge Kavanaugh has a family — a devoted wife and two precious daughters. When I see images of him, surrounded by the women in his life, I have a hard time bringing up an event that happened over thirty years ago. Clearly he has worked diligently defending the statutes established by our Founding Fathers. He has committed his life’s work to seeking justice, to the best of his ability, in high profile court cases. A number of women, who have known him in different arenas over the last thirty-five years, have come together, Democrats and Republicans, to speak against the sexual assault allegations. Namely former Republican National Committee spokeswoman, Virginia Hume signed a letter confirming he “has always treated women with decency and respect.”

If he made a horrible mistake, as many teenagers are known for making, should that mistake be the focal point of the Judiciary Committee as they ascertain his present character?

Because let’s be honest. That is what this conversation is about. It is about Judge Kavanaugh’s character. Although the Senate Majority Leader, Senator McConnell, argues that Kavanaugh has proven himself “a stunningly successful individual…who will be on the United States Supreme Court,” the fact of the matter is this. This is a character battle.

So, if this is a character battle, all that we can do is follow the proceedings and assess, as best as we can, what we believe is true.

We are mothers who are leading our children to embody good character. Respect, integrity, honor, and unselfish love pepper the messages we teach our children everyday. We spend a great deal of our emotional and physical energy instructing our kids how to embrace conflict and see the best in people, even when the circumstances are troublesome.

Every mom needs to follow the Ford-Kavanaugh testimonies. The proceedings of last week will be pivotal, and we need to be aware of how this conversation about character plays out. We have a responsibility to teach good character to the next generation. It affects our families, our homes, our communities, and the courtrooms that influence the laws under which we reside.

A version of this piece originally appeared on www.juleetacharvey.com, published with permission.

Previous article21 Marriage Memes That Are So Relatable, It Hurts!
Next articleParents Are Mad About This Inappropriate School Spirit Week Dress Up Theme

Juleeta Harveyhttps://www.bodytruth.org/
I'm Juleeta C. Harvey - pursuer of the living Jesus, encourager to my man and our five boys, and writer of body image truth. Find me writing at www.bodytruth.org.