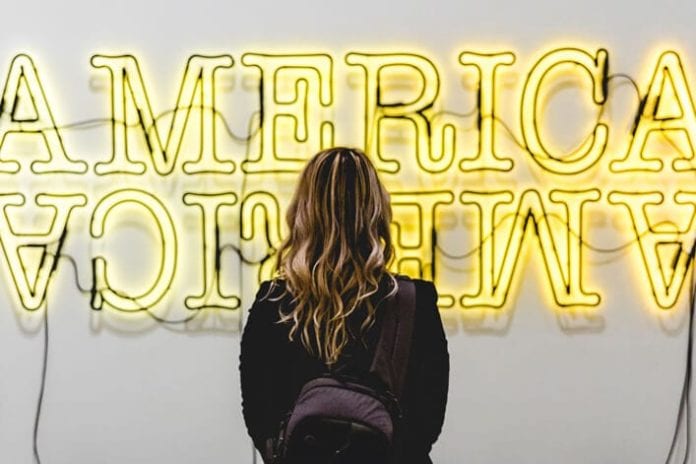 Human Trafficking Hits Record High in U.S.—but 9/10 People Wouldn’t Know It If They Saw It

When we think of sex trafficking, the first thing that often comes to mind is Liam Neeson moving heaven and earth to save his daughter in the movie Taken.

If you’ve seen the film, you know that 18-year-old Sarah and her friend are targeted and captured while on a summer trip to Spain. While Liam Neeson fights every bad guy known to man to get to her, Sarah is drugged, beaten and sold for sex.

Of course, the movie has a happy ending in that Neeson saves his baby girl, the family is reunited and all is good in the world.

Unfortunately, that couldn’t be further from reality.

Like the movie, we often believe that human trafficking, sex trafficking and slavery only happen in distant lands far far away.

Contrary to popular belief, the United States is a breeding ground for trafficking. According to the 2016 reports from the National Human Trafficking Hotline, cases of human trafficking have skyrocketed in the U.S. throughout the past decade.

The hotline detailed a 35 percent increase in REPORTED cases of human trafficking from 2015 to 2016. California had more than 1,300 reports—more than double of any other state. Texas came in second with 670, followed by Florida with 550 cases reported to the hotline. And 5 years later, those stats are only rising.

It’s not happening in underground brothels, or on shady street corners. It’s happening in our own neighborhoods, the hotels we visit and the sporting events we devote our weekends to.

“Large sporting events such as the Super Bowl are a prime venue for human trafficking. Traffickers, pimps, handlers—whatever you want to call them—cash in in a big way during these sporting events,” says Ashley Anderson, from anti-sex trafficking group Well House.

Pimps are no longer layered in tattoos and gold teeth, but rather, genuine leather shoes and expensive Italian pants. They aren’t the people you’d think to teach your children to avoid, but the people who you might trust the most.

Millions are being trafficked worldwide, and most go unreported, unseen and unknown “due to its covert nature, misconceptions about its definition and a lack of awareness about its indicators,” according to the hotline.

You may have heard the stories of the flight attendant who recognized the signs of human trafficking and saved a young person’s life. Or the strong plea from police during March Madness to keep an eye out for “suspicious behavior.” But if it came down to recognizing potential red flags of trafficking, would you be able to?

Knowing the indicators of human trafficking is KEY in identifying victims and helping them survive. Here’s what PolarisProject.org says to look out for:

Common Work and Living Conditions: The individual(s) in question

In addition to these guidelines, identifying red flags also goes beyond the possible victim. In many cases, human trafficking is identifiable by the people around them as well. In many cases, those who are being trafficked may appear dirty, run down and essentially poor. Meanwhile the people or person accompanying them may be clean, well-dressed and successful.

Every case of human trafficking is different. But putting an end to modern-day slavery starts by recognizing that it exists right where we live, work and play.

Know the warning signs, and join the fight against human trafficking. All it takes is simply opening your eyes to the people and situations around you, and being able to recognize red flags. You could be the difference between slavery and saving someone’s life.

If you would like to help break the cycle of commercial sexual exploitation, visit Exodus Cry today.

Previous article‘The Decision You Make About School Is the Right Decision’—Pediatrician Weighs in on This Year’s Heaviest Question
Next articlePregnant During the Pandemic: 5 Ways to Keep Your Pregnancy Safe in 2020