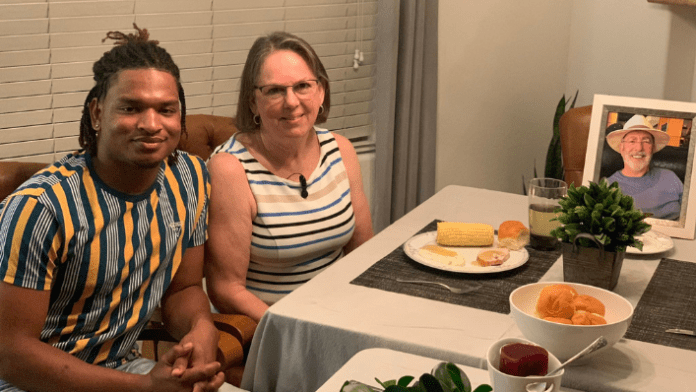 Thanksgiving simply wouldn’t be the same without Wanda Dench and Jamal Hinton. Amidst a holiday season still stricken by pandemic, their heartwarming story continues to be a joy bomb for the soul.

Four years ago, Wanda accidentally texted a Thanksgiving invite to the wrong number, thinking she was sending it to family members “Amanda” and “Justin.”

Instead, 17-year-old Jamal Hinton was on the receiving end of this grandma’s mishap.

The Phoenix teen received the following text on the Tuesday before Thanksgiving.

Confused about how he got roped into the plans, Jamal asked who these people were.

The sender then identified herself as “your grandma,” and the texts that followed are PURE entertainment!

At first, Jamal thought it might be his grandma. Still confused, he asked her to send a picture to make sure.

Jamal laughed and responded with his own selfie to assure “Your Grandma” that she’d reached out to the wrong grandson. But not before requesting a seat at the table with Justin and Amanda!

“Your Grandma’s” sassy response was that of an experienced grandmother:

“Of course you can. That’s what grandma’s do…feed everyone,” she replied, with some skilled emoji usage to boot!

Jamal said that if the invitation still holds, he’d be thrilled to join the family for Thanksgiving. The randomly hilarious exchange quickly went viral, and the two haven’t stopped their Thanksgiving tradition ever since.

Wanda and Jamal celebrated their 5th Thanksgiving together in Mesa, Arizona on Friday. But this year’s get-together carried a note of bittersweet sadness. Wanda’s husband Lonnie of 43 years, who had attended all of the other gatherings, sadly died in April due to COVID-19 complications. 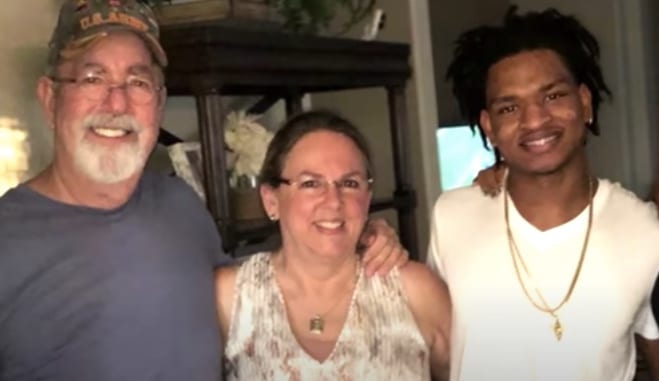 “I wasn’t looking forward to it at first because Lonnie wasn’t going to be there,” Wanda admitted to CNN. “The past seven months have been so difficult, but this was really important to me.”

Though she had reservations initially, the 63-year-old grandma couldn’t be happier that she went through with the treasured tradition. “I can’t even explain how much joy I had, having good food with my favorite company,” she shared. “We laughed, we had a great time, we reminisced about the past. It was so good for all of us.”

“At first it was sad,” said the teen. “We had a photo of Lonnie at the table with a candle lit, and we were all shaky in the beginning but it lasted five minutes before we were back to ourselves. We just told jokes and stories and shared our memories of Lonnie, so it was amazing.”

It may be a little early, but Thanksgiving wouldn’t be the same without Wanda & Jamal.

In 2016 they went viral when she accidentally texted him instead of her real grandson.

But this year they honor Wanda’s husband Lonnie, who passed from COVID. Their story tonight ❤️ #azfamily pic.twitter.com/kRl9mjgCPs