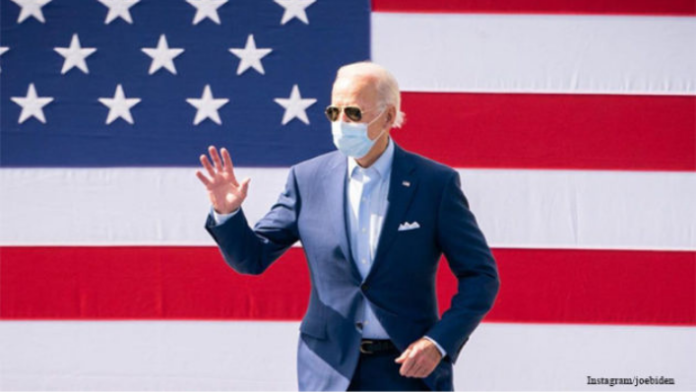 Will Biden Roll Back Trump’s Pro-Life Policies Now That He’s in Office?

The nation watched this morning as Joe Biden officially became the 46th President of the United States. Now that he’s taken office, it is possible that one of the Biden administration’s first acts will be to rollback the Trump administration’s restrictions on taxpayer-funded abortions.

Referring to the Biden administration, Planned Parenthood’s president and CEO Alexis McGill Johnson said, “We have a ton of work to do to undo the harm over the last four years, but knowing we have champions there who understand what needs to happen in the first 100 days is tremendously exciting.”

Biden has said he plans to rescind the Mexico City Policy reinstated by President Donald Trump, which will allow U.S. taxpayer funding to support other nations’ abortions. The Trump administration’s hard stance on abortion funding affected organizations in Kenya, Nepal, Nigeria, and South Africa. It also reduced access to contraception, HIV testing, HIV treatment, and cancer screening, according to a 2019 study.

Biden has also said he will restore Title X funding to Planned Parenthood and other clinics. In 2019, the Trump administration restricted this funding from clinics that performed abortions or that referred women to clinics that did.

The Trump administration also rolled back the contraceptive coverage mandate of the Affordable Care Act, which then allowed employers with religious or moral objections to birth control to abstain from paying for coverage that included emergency contraceptives that kill newly formed embryos. According to NBC News, “Biden said he would restore the Obama-era policy, which exempts only houses of worship but provides an accommodation for other objecting employers, which allows their employees and dependents access to contraceptive coverage through their insurance companies or third-party administrators.”

The Biden administration wants to end the Hyde Amendment, which would allow for taxpayer dollars to be used to directly fund abortions. Biden once supported the Hyde Amendment, but he has since vowed to eliminate it, a move that will require congressional action. Currently, 16 states, including California, Illinois, and New Mexico use their own state funding to pay for abortions. The average abortion costs around $500.

Biden has also vowed to codify Roe v. Wade, a promise he made during his campaign. If the Biden administration did so, the action would counter state-level policies that limit abortions and protect Roe against any future Supreme Court rulings that might attempt to overturn it.

The President of the National Right to Life Committee, Carol Tobias, said, “It’s certainly disheartening, but we aren’t going to give up, and we will do whatever we can to stop abortion from being promoted.”

In one of his last acts as president of the United States, Donald Trump declared Jan. 22 (the anniversary of the 1973 Roe v. Wade decision) to be National Sanctity of Human Life Day. In the proclamation, Trump wrote:

Every human life is a gift to the world. Whether born or unborn, young or old, healthy or sick, every person is made in the holy image of God.  The Almighty Creator gives unique talents, beautiful dreams, and a great purpose to every person. On National Sanctity of Human Life Day, we celebrate the wonder of human existence and renew our resolve to build a culture of life where every person of every age is protected, valued, and cherished.

This month, we mark nearly 50 years since the United States Supreme Court’s Roe v. Wade decision.  This constitutionally flawed ruling overturned State laws that banned abortion, and has resulted in the loss of more than 50 million innocent lives.

Previous articleChurch, We Have Forgotten Our Calling
Next article3 New Books to ‘Start Fresh’ Every Month This Year