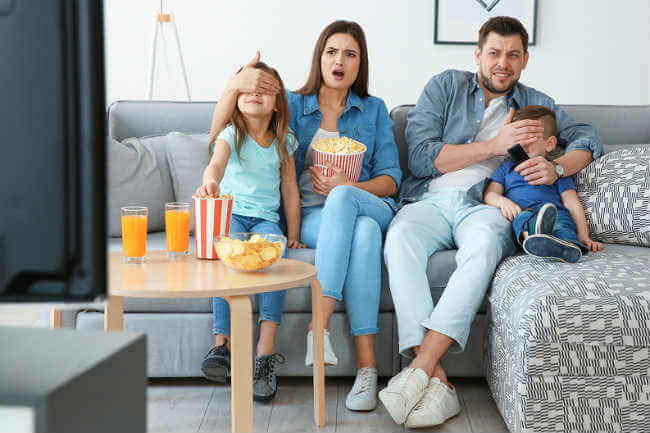 Netflix Needs to Chill: It’s No Longer a Friend to Families

The president of the Parents Television Council says it’s time for families to take a hard look at how dependent they are on the popular streaming service, Netflix. Tim Winter penned a scathing editorial piece for USA TODAY last week, saying Netflix’s “choice of content proves it has turned its back on families.” If what Winter says is true, then many families who rely on Netflix as the primary source of television consumption in their homes (as mine does) need to take a closer look at a service that most parents consider a friendly, affordable solution.

Winter says that although Netflix has built its multi-billion dollar business “on the backs of family audiences,” it has continued to produce and stream less and less content that is actually suitable for family consumption. He says the service’s objectionable content is now the majority, citing an 2017 analysis by the Parents Television Council that found that “nearly 60 percent of Netflix’s original offerings were rated for mature audiences only; just 1 percent were rated for general audiences, and only 8 percent were rated PG.”

Well. That IS quite a disparity of family-friendly versus mature content, I will say. Winter also says that while Netflix does offer some parental controls (in my house, for instance, the kids profile is separate from what my husband and I click on when we are watching), there is nothing to prevent a child from browsing a parent’s profile when mom and dad aren’t looking, and access to the parent profile will certainly bring up a variety of titles you wouldn’t even want your child seeing. A stronger “parental control” option would be the ability to password protect a parents’ viewing profile. You can block individual titles using parental controls, which is great—but it also requires that parents be in the know about every objectionable title, which is of course, rather difficult.

Netflix’s reactions to parental objections over the glorification of suicide in “13 Reasons Why” and the gross, x-rated “puberty” humor in its cartoon “Big Mouth” were callous and uncaring. “Nobody has to watch it,” Netflix CEO Reed Hastings said of 13 Reasons Why at a 2018 shareholder meeting. But of course people do and will watch it, and many of those people will not be mature enough to handle the content. Many news reports of 13 Reasons-related suicides were not enough to stop Netflix from renewing the show for a second and third season.

The bottom line is: Netflix’s business is BOOMING. Unless we make our voices heard and then take action based on their response to our petitions, the streaming giant is not going to change.

Parents who rely on Netflix (and again, we use it a LOT in my house) are going to have to do one of three things. 1) Be super, super vigilant over what your kids are watching and about blocking the bad shows you know about 2) Get rid of Netflix or 3) Continue to use it for the adults in your home but find a safer alternative for your children.

The one thing you cannot afford to do here is nothing.

Winter concluded his opinion piece in USA TODAY with a similar charge to Netflix and to parents who use the service:

“Netflix executives need to adopt some old-school principles and realize that they’re either part of the problem or part of the solution. They can’t have it both ways. Unless Netflix is willing to better serve families and distance itself from these more problematic programming choices, or until Netflix shareholders use their voices to drive change from within the company, families would do better to choose alternative streaming services.”

Obviously, I don’t disagree. I just think it’s a shame that we’ve come to this point, when Netflix could have been perfectly successful with a more moderate repertoire of available programming.

What streaming services do you use in your home? Have you found a better family entertainment solution?