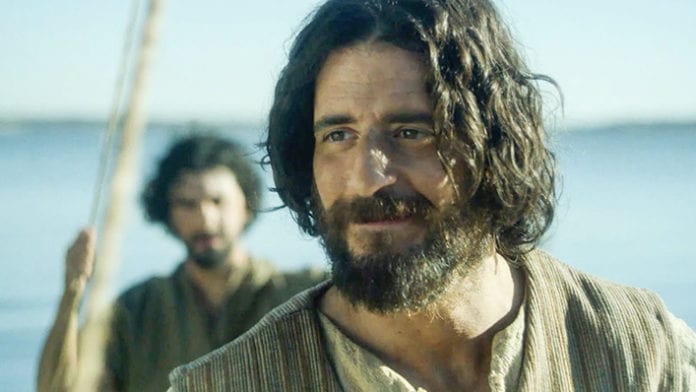 ‘The Chosen’: The Family-Friendly TV Series to Watch With Your Kids Right Now

It’s no secret that when it comes to parenting during a crisis, all screen time rules are out the window. We’ve watched our fair share of Netflix and Disney+ over the last several months, but mama can only take so much Frozen 2.

A friend of ours recommended a series called, The Chosen. And if I’m being honest, he didn’t just recommend it, he RAVED about it.

It’s the first ever multi-season show about the life and Gospel of Jesus Christ, and it’s FREE to stream on any device through The Chosen app.

The series, released by VidAngel, has garnered attention in Christian circles and secular ones, as it became the No. 1 crowdfunded media project in history, with over 16,000 investors giving $10 million to see the project come to fruition.

And it has not disappointed. In January, The Chosen joined acclaimed productions like Netflix’s The Crown and Dolly Parton’s Heartstrings, earning two Movieguide Award nominations. Actor Jonathan Roumie, who portrays Jesus in the series, took home the Grace Award for a TV Performance.

“Playing the role of Jesus Christ is the preeminent honor, not only of my career, but of my life,” Roumie said. “With this series, we’re afforded the opportunity to take our time with the greatest story ever told…and savor it.”

The Chosen: Season One takes viewers on a journey through the life and ministry of Jesus Christ through the perspective of those around him.

Familiar Gospel characters like Mary Magdalene, Peter, and Matthew are given full lives and exciting contexts that balance faithful, biblical interpretation with a fresh lens of imagination.

The Chosen is the first media project in history to ever be released globally on it’s own app, which has been downloaded and streamed in over 150 countries worldwide.

“Two years ago, we embarked on a journey to create the first multi-season series about Jesus and broke the all-time crowdfunding record for a media project,” said Neal Harmon, CEO of VidAngel. “Seeing the investor support, the completed season one and reactions to the series from around the globe, we’ve come to realize this is the start of something very, very special.”

Filmmaker Dallas Jenkins hopes viewers will “pay it forward,” by donating so that others around the world can experience the series, which has so far been translated into 50 languages.

The creators hope “to make The Chosen bigger than the Game of Thrones billion-view record” and “the most-watched global series in history.”

Previous articleHusbands: Let’s Stop the Foolishness and Cut the Apron Strings!
Next articleMama, You Can’t Preach Bravery and Be Paralyzed by Fear