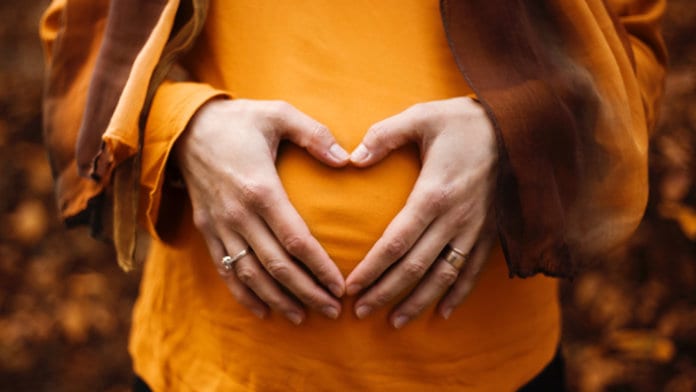 Yesterday I talked about the importance of reframing the Christian perspective of birth and pregnancy. Today we see why that is so important: Because how we think dictates how we talk, and the way Christians talk about birth needs to change.

Every week I get an email, message, or comment from a single or newly married woman terrified of the prospect of pregnancy. From a silent seat at a baby shower to the children’s nursery at church, these women hear negativity, fear, and horror whenever the process of birth is brought up. The few who DO understand pregnancy and birth before they get there usually had a strong mother figure to help frame their perspective. Most women don’t have that figure in their lives today. This is one major reason I’m writing this series: Not because I think I’m an expert on pregnancy (I’m currently 36 weeks with my second child) but so we can continue the discussion of a topic which, like sex, remains behind closed doors.

As I articulated in yesterday’s post, labor existed before sin entered the world. Women were created with the complete capability of delivering children earthside. But because of sin, birth now resists woman just as the ground (physical work) resists man. It is sin that casts the shadow of complication over woman’s ability to produce life. But in Christ, we have hope. In Christ, we have overcoming strength and power – and when things don’t go as planned, we have His peace and redemption (read more about this in my friend Lisa’s post, “Why I Quit Saying “As Long as He’s Healthy“).

Unfortunately, this narrative isn’t the one we usually hear regarding pregnancy. After years of listening to alternative conversation – a very negative one – here are four things Christian women can stop saying about pregnancy and birth.

“Just you wait, the birth / postpartum / newborn stage is even worse.”

It doesn’t matter how funny this is meant to be – it’s not funny at all. Motherhood will be hard; that much is true. But it is also full of joy. Young moms will figure out soon enough the difficulties of motherhood. Prophesying further difficulty over them is neither what they need nor what they want.

I had a fast, hard birth with my first daughter – and an awful postpartum. If someone wants to know about that postpartum period and how I dealt with it, I will tell them! But I don’t lead with that story. When we enter the conversation of motherhood, pregnancy, and labor with negativity, what message are we sending the next generation of moms? This is the time to encourage, not discourage. To “encourage” literally means to “put courage into” someone. Rather than telling our mom friends how much worse the next stage will be, let’s give them the courage they need to face it.

“My pregnancy / birth was HORRIBLE. Let me tell you about it…”

Along the same lines as the last point, are we putting courage into our first time moms about to deliver new souls into this world? I hope so! The unknowns of labor (less unknown as women educate themselves, but many don’t know where to start) are scary. How are we honoring our sisters in Christ when we maximize on their fear for the sake of a laugh?

There is a time and place for sharing about traumatic birth experiences – I’ll talk about those at the end of this post. But part of loving others with Christ’s love is using His discernment to choose that time and place. A bright-eyed, hopeful young mom does not need discouragement and horror stories; she needs an accurate birth education. Give her resources, not fear.

“You’re not getting an epidural? What are you trying to prove?”

My first pregnancy ended in a whirlwind move from Virginia to Pennsylvania, during which I discovered all the birth centers in our new city were completely full. No one would take me on as a patient, and I wasn’t comfortable having a random OB who knew nothing about me or my prenatal care. At 36 weeks pregnant, I switched to a previously unplanned home birth. I’d been planning to try for an unmedicated birth before; now I had no choice.

That birth experience, and the mental, physical, and emotional preparation that enabled me to overcome it, was amazing. It’s why I’m having another home birth (barring an emergency transfer) in a few weeks. But many women who decline epidurals aren’t met with positivity. They are instead greeted with condescension and disgust, as if they made their decision to prove something to the world. What observers don’t know is that most women who decline epidurals have months of research backing up why they did so. The benefits are many, and the reasoning is solid. But when insecurity is the lens through which we view others’ experiences, judgment will ALWAYS be the result.

Judging women who decline an epidural does no one any good: the person bound to her own insecurities, or the woman who made the choice of her own volition and research.

Ah, but there’s another side to this story: the shame-ridden undercurrent of the natural birthing world. I may be part of the culture, but I’m not blind to its flaws. The natural health realm accomplishes good, but its devotees can be extremely condescending and unreasonable toward women who choose standard medical procedures over more “natural” options. Worse yet, there are those who see genuine emergency c-sections as “cop outs” or “failure”, adding a further load of shame to an already defeated mother.

Just as insecurity destroys one woman’s ability to celebrate another’s unmedicated birth, pride prevents the natural world from embracing those who do things differently. Plus, here’s a little hint: If a woman is dissatisfied with her previous birth experience – epidural, c-section, whatever – condescension will not convince her to a new point of view. Judgment is not a unifier. Love is.

We have a responsibility to THINK about how our portrayal of pregnancy and birth affects the young women around us. As image-bearers of Christ and as women – the only gender ABLE to reflect God’s creative power through birth – we are called to present birth with the honor it is due.

This doesn’t mean we’re “fake” about the hard parts of motherhood. It means we use discernment. Instead of blasting a baby shower with negative talk and horror stories, here are four contexts in which traumatic birth stories have appropriate place and attention:

“Authenticity” that includes lack of tact and self-control is not authenticity; it is attention seeking. True authenticity always takes into account the person listening, the context of the conversation, and the intended outcome. Our words should always be guided by these principles, but as Christians work to change the conversation around pregnancy and birth, it’s vital that we pay attention to Paul’s admonition:

Do not let any unwholesome talk come out of your mouths, but only what is helpful for building others up according to their needs, that it may benefit those who listen. (Eph. 4:29)

When we talk about pregnancy and labor among new (and experienced!) moms, we should be asking ourselves: “Is this helpful? Is this building her up? Is this encouraging a positive view of birth? Is this benefiting the people who hear me?”

That may mean our story doesn’t get heard at that particular shower. It may mean we don’t share about our impending pregnancy because we know the girl next to us just miscarried. It may mean we wait until later to share a story privately because it WILL be helpful to a new mom. But ultimately, in choosing to reframe and rephrase our discussions of birth, our motive should always be to give grace to those who hear. Because in this conversation, grace is exactly what we need.

A version of this piece originally appeared at phyliciamasonheimer.com, published with permission.

Phylicia Masonheimerhttps://phyliciamasonheimer.com/
Phylicia Masonheimer is the founder of Every Woman a Theologian, a ministry teaching Christians how to know what they believe and live gospel truth with grace. Formerly addicted to erotica, she also writes about sexuality and finding freedom from the shame of sexual addiction. She is an author, blogger, and host of the chart-topping podcast Verity with Phylicia Masonheimer. She lives in northern Michigan with her husband and three children.