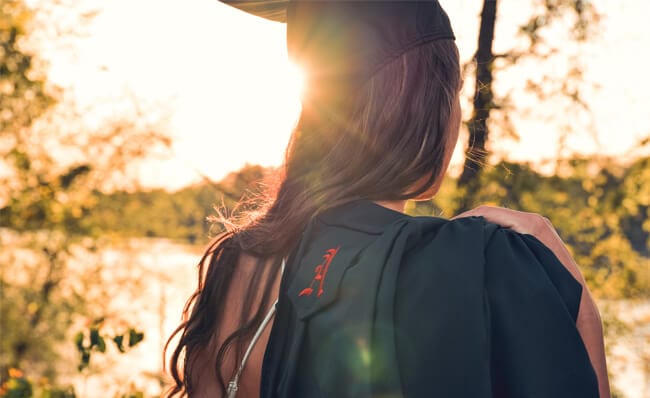 Encouragement for the Indecisive College Student

“You could’ve been a doctor after eight years of schooling”

“Are you going to be employable after you get your Master’s?”

I sighed. Cue the waves of regret.

These two statements threatened to put a huge damper on any excitement for my upcoming entrance into seminary.

Because they’re true. I could’ve been a doctor in three years’ time, about the time it will take for me to complete seminary. And there were and still are many times during my long period since graduation of not working within the field I studied (or not finding work at all) that I have wondered why, as much as I love studying language, God let me major in that if He was just going to shut the doors to using the degree as I had intended.

When my heart fell after hearing these statements, I was forced to look beyond my heart.

Here is some Encouragement for the Indecisive College Student

A large salary doesn’t exclude you from the kingdom. All professions lived out with the “gaze of the soul upon God” (Tozer) and not upon man serve the kingdom; it’s likely that some of the greatest in the next life will have been both doctors and janitors, politicians and mailmen, lawyers and bus drivers, professors and waitresses because our esteem in the world’s eyes doesn’t matter; it will all fade in a moment in the light of Christ. Instead, their common theme will be that they did not esteem themselves greatly and did not seek their praise from men but from God. Whether the world knew their names and gobs of books have been written about them (Jim Elliott for example) or their names are lost to history and all people who knew them have perished, they will never be more honored than in God’s kingdom and they will never be forgotten in God’s kingdom. We aren’t here to build our own kingdoms but God’s blood-bought kingdom.

Thus, if someone doesn’t enter X career, there is a glorious reason for it: the Lord of everything is at work in our lives to make and chisel us what we ought to be, not what will bring us the most comfort or the most money or the most esteem in this life. The problem comes when we think our wealth or status or successes earns us an automatic “skip” option when it comes to suffering.

Because of His work in us, being “uncomfortable” is no longer our largest concern but passing from this temporary life without having done a thing to point people to eternity and the only One who can purchase it for us is. Whatever we become in this life, in Christ we have “child of God” forever stamped across our identity. And not a dollar will pass through the gates of eternity with us.

I wasn’t a Christian when I chose my undergraduate university or major. But God used people placed specifically there to draw me to Himself. Rather than looking back and wishing I had gone for a career that promised a large salary, I look forward to how God will move in thousands of different ways in my life for His kingdom and glory.

It won’t matter in 100 years let alone 10,000 whether we earned six figures or zero. This reality doesn’t mean that, if given the opportunity, talent and guidance from God to have a well-paying job that we shouldn’t take it and it doesn’t excuse poor stewardship of funds or reckless spending. But guarding our hearts should be of uttermost importance, lest we fall into despondency and become utterly useless in the kingdom not because of our salary but because of our love of it. It is the love of money that is the root of all kinds of evils (1 Timothy 6:10).

We’re so busy trying to provide for ourselves that we often miss God’s provision. Thanklessness is prevalent in our society but the Lord has not forsaken the righteous in war or in famine or in depression; He will not now forsake you on your career path even if it isn’t the most lucrative.

Don’t fear going into missions because of lack of possessions; fear lacking trust in the Lord.

Don’t feel like less of a Christian or like you’ll miss adventure if you become a nurse or plumber or teacher; seek intently after the Lord’s glory in all areas of life.

3. Comfort ought not [to] be the foremost concern

Sometimes and perhaps especially in America, comfort is a most addictive poison.

Of course, pursuing something you have no interest or talent in (an artist aiming for a chemistry degree or vice versa) merely for the sake of forcing yourself to be uncomfortable is unwise. God is completely able to make us uncomfortable on His own time for our good without any help from us.

We were all woven with the talents we have for a reason: to use them to magnify the Lord’s Name and show Him as supremely sufficient in all realms of knowledge (scientific, literary, aesthetic) as well as the pinnacle that all knowledge flows from and seeks to search out. But remaining “comfortable” should never take priority.

Choosing between schools, majors, internships, and a million other opportunities thrown at you can be difficult but don’t let the difficulty keep you bound in indecision. Be wise and discerning in your choices but most of all, ask for the Spirit’s help in being decisive and making your aim be God’s glory and the spread of His Gospel, be it in the medical field, the missions field, the teaching field, or the barista field. You are not called to know all the results of your decision before you make it; you are called to trust God.

The choices become easier when we set what God wants on the horizon and steer toward it rather than centering our decisions on what will bring us the most of X. We cannot make our choice out of FOMO (fear of missing out) while also making it out of fear of the Lord. Take heart that wherever you go — or wherever you stay — God is powerful enough to use you and to move you as needed for His glory. We have such little life but such a big God that we don’t have to fear choosing wrongly or choosing something with or without the most income; all we have to fear and follow the Lord himself, the most kingly Prince and wisest Counselor who became a carpenter.

–with encouragement toward decisiveness,

Previous articleHow to Fight for Your Broken Marriage
Next articleChristian Leaders, Please Stop Saying This About Divorce