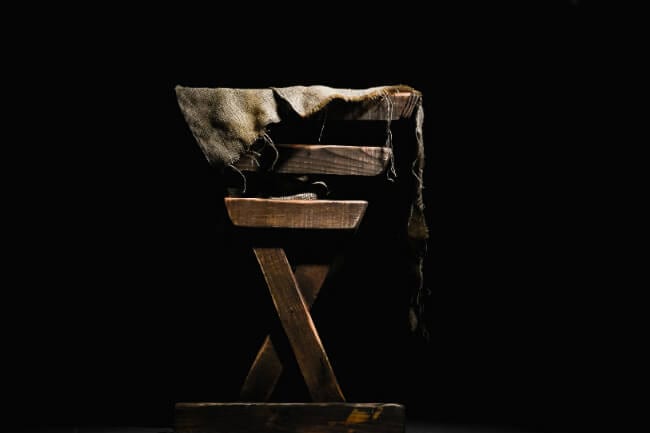 They say that a mother is only as happy as her saddest child. In my experience this is 100% true. How many times have I searched the faces of my children, wondering how they are feeling? Trying to gauge how hurt or disappointed or discouraged they are? How many times have I cried hot tears after they were in bed, lamenting some injustice or some heartbreak that has come their way?

Recently I stood in a hallway with a friend while her tears flowed, and she was powerless to make them stop. She was hurting for her little girl, and no amount of cheery Christmas decor or friendly hugs or knowing, sympathetic smiles was going to make her feel better. She was feeling deeply for her daughter, and it hurt. It hurt worse than if she had been wounded herself. The day our children are born we are introduced to a different kind of pain–the kind that knocks the breath out of us in one fail swoop as we realize we cannot protect our children from some things. The kind that makes us fall on our knees and beg God to help our children, to save them, to change them, to bring them peace, to bring them joy. The kind that breaks a mother’s heart into a million tiny pieces.

Mary was only a little over a month into motherhood, still glowing from the glorious evening of angels and shepherds and a lowly manger that turned out to be just perfect somehow, when she got a hint from God that heartbreak awaited her. She was taking her little family to the temple for the first time since giving birth, and they were greeted by an old man, a stranger. He rejoiced when he saw Jesus, little Messiah so desperately hoped for for so many years. He told Joseph and Mary things that had been revealed to him by God, and then he looked into Mary’s eyes and gave her a hard truth: …and a sword will pierce your own soul. (Luke 2:35)

Luke doesn’t tell us what Mary’s reaction was to this jarring statement. He doesn’t paint a picture of her questioning Simeon, peppering him with anxious inquiries. As far as we know, she tucked this information away in her heart as she did on that very first night when the shepherds came running down from the hills. But, there is no doubt that Mary eventually learned exactly what Simeon had been talking about.

As she watched her son grow in favor with God and men, only to see Him later ridiculed by the people of his own hometown. As she saw people crowd around Him, demanding so much, needing so much, hurting so much, driving him to exhaustion in his humanness. As she stood outside of a house with his brothers, sending for him, wanting so badly to take him home with her where she could take care of him. As she watched religious leaders plot against him. And eventually she stood at the foot of that cruel instrument of torture and death, the cross, and watched her firstborn son struggle and gasp and cry out and die.

How a stranger’s words must have echoed in her ears as she stood there, feeling as if she would never survive this moment, struggling to breathe, wishing her own heart would stop beating, too. If ever there was a day when a mother’s soul was completely run through, this was it.

Jesus, her miraculous God man, her firstborn child, one who began with the rejoicing of angels and ended with the weeping of all Heaven, was dead. Man of Sorrows. And, Mary, his mother, could only be described as a Mother of Sorrows, too, because she felt every insult, every blow, every tricky sarcastic remark, every doubt. She felt all of Jesus’ temptation and dread and disappointment and heartache. Every swing of the hammer on that dark day sent a spike through her own shattered heart. 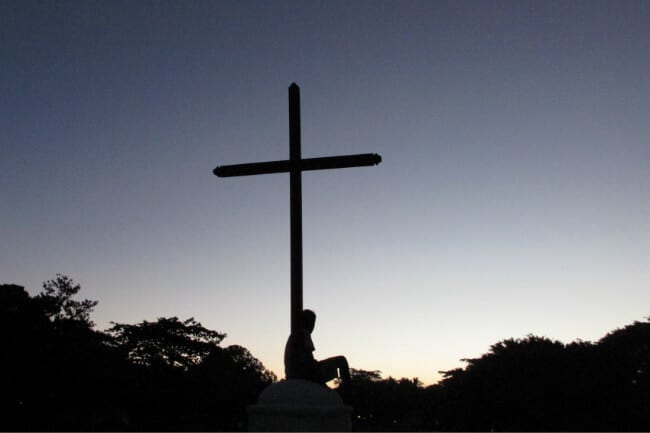 God with us. Emmanuel. Gone. Mary’s world went quiet. And she walked away with heavy steps, tearing herself, wounded and weary, away from the scene of her son’s agony.

The Bible doesn’t tell us what the next few days were like for this Mother of Sorrows. But, we can imagine that she was grieved. Pained. Anguished. The sorrow must have felt like it would bury her forever. By the time Jesus made his first appearance to his followers, alive, healed, and glorious, Mary must have already died a thousand deaths herself, reliving the crucifixion in her mother’s heart. Imagine how she jumped and shouted and laughed and cried tears of relief when she heard the news: Her precious son was alive!

As a mother you may be going through a sorrowful time. You may be feeling weak and weary and like you will never survive this phase of life. You may feel like your soul has been pierced over and over again, and that you will never, ever be able to recover. But, if you know this Jesus, Mary’s son, the Son of God, the Word in the Flesh, then you are never without hope. He is alive, and He is as real as the pain you are feeling. Jesus is so much more than a baby in a manger. He is the Savior of the world, and he can rescue you from your shattered heart, your wounded soul, your anxiety, your grief, your utter disappointment.

Emmanuel. God with us. God with you, mama. God so clearly shows us in his word that he understands the agony that mothers will go through. Motherhood is all at once the most unspeakable joy and the most devastating heartache. He will carry you through every moment, just like he did his own dear, chosen girl, Mary, Mother of Sorrows. Look to his goodness. Look to his love. He is here, at Christmas and always.

Now all this took place to fulfill what was spoken by the Lord through the prophet: “Behold, the virgin shall be with child and shall bear a son, and they shall call His name Emmanuel,” which translated means, “God with us.” Matthew 1:22-23