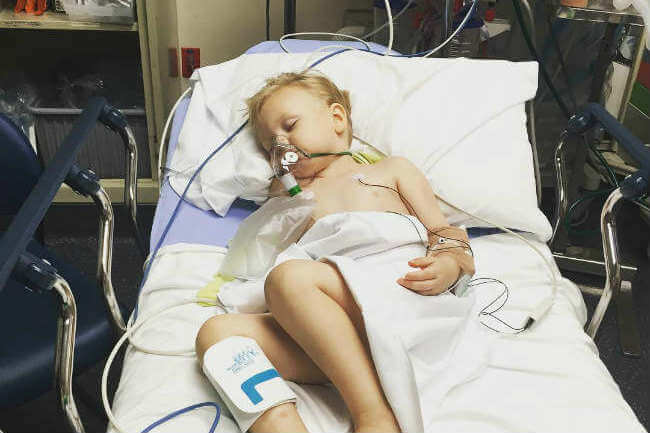 Summer is coming, and soon the water safety posts will be filling up your Facebook feed faster than you can say “vacation.” Of course, water safety is of the UTMOST importance—and that’s part of the reason one mom took to Facebook to warn parents of a danger that many don’t even know is possible: secondary drowning.

In August 2015, Darcy McQueeney’s 3.5-year-old son jumped into a pool and was immediately pulled out by the 2 sober adults watching him. He coughed up a TON of water,  but seemed fine. However…he wasn’t. McQueeney says that if she hadn’t known to watch for secondary drowning, which can occur anytime water is inhaled (even in the bathtub), her son might not have made it. She says in her Facebook post:

Please take a good look at this photo. 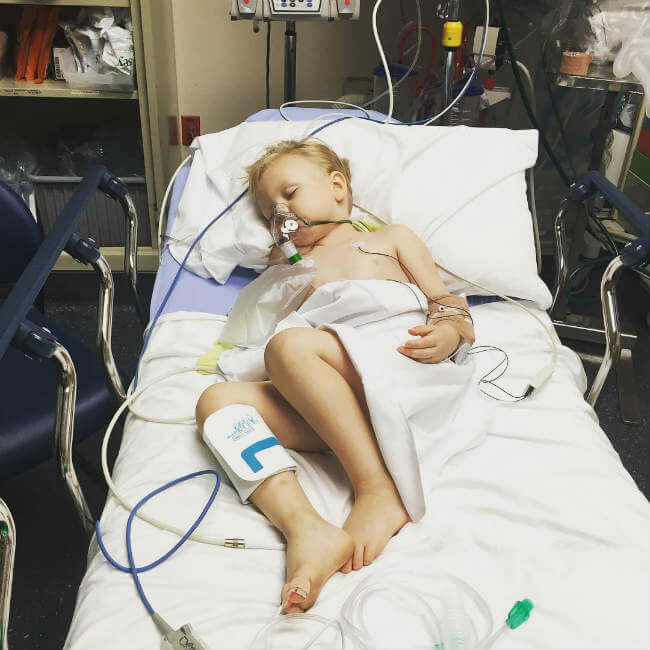 This is my 3.5 year old laying unresponsive in a hospital bed less than six hours after jumping into the pool. He only went under for less than thirty seconds. He was being watched by two sober, conscientious adults who were both less than ten feet away in a gated pool. That is likely why he is alive, because he was grabbed out of the water quickly. However,t hat small blip of time was all it took for him to inhale water. The water he inhaled caused him to spike a fever, desat, and become unresponsive due to a possible seizure. He was talking and even eating after the incident, but went downhill hours later. Everyone who we met in the PICU remarked at how incredibly lucky he is to be alive. Not only because he didn’t drown initially, but because he was at a gigantic risk for secondary drowning. Despite him being able to eat and talk and seeming like he was ok after the incident, he was NOT ok. Water safety should be a top priority for everyone. Do not ever leave children unattended near any source of water. Even following all of the rules, accidents happen. Even if they are acting ok after near drowning, please take them to the hospital. What if we had assumed he was ok and put him to bed? I don’t know how to stress this enough. His PICU nurse asked us to please use our experience to spread awareness. My son shocked everyone by bouncing back at record speed and is okay, but he is fortunate. Please spread awareness about how important it is to take water safety seriously, including after care for near drowning.

As McQueeney says, accidents happen to even the best of parents who are behaving responsibly. But TRAGEDIES can happen when we don’t know how to respond to these situations or what signs to watch for to ensure that our kids are truly ok. As we head into summer, I encourage all of you parents to take a refresher course on water safety, after care for near-drowning, CPR and first aid, and all the signs of water-related trauma and illness.

Thanks to this brave mom for sharing her son’s story. I am sure more lives will be saved because of it.