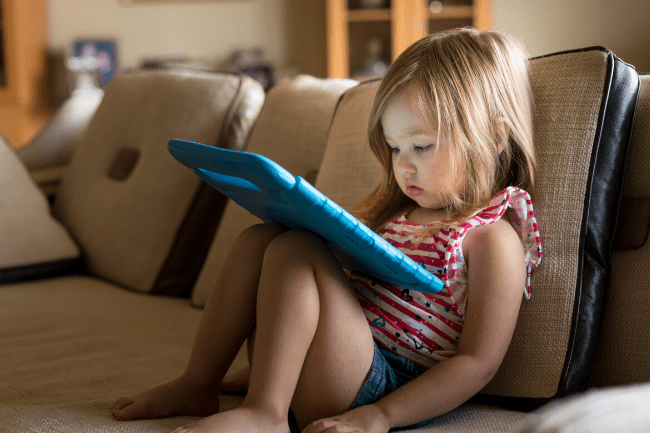 It’s Hard to Cut Screen Time for Toddlers. But Parenting is Even Harder if We Don’t

More than a decade ago, I wrote a memoir chronicling my experience raising a child with little to no television or screen time. I had been hooked on TV throughout my childhood and wanted to raise my son differently. It wasn’t easy to do at the time, but keeping young children away from screens in 2020 looks far more difficult, thanks to the countless handheld screens that never leave our sight.

For better and for worse, technology has dramatically transformed our lives, yet the basic needs of small children remain the same. I wish it were otherwise, because parenting is hard enough as it is, but as I glance at my smartphone every few minutes, I believe some messages bear repeating.

Young children need to experience real life, interact with real people and explore the natural world around them. It’s how they form healthy attachments, learn language and develop attention spans. It’s why the World Health Organization doesn’t recommend any screen time for kids under 2 and recommends no more than an hour a day for kids ages 2 to 4.

The American Academy of Pediatrics has similar guidelines and a study published in the Journal of the American Medical Association shows that screen time has a detrimental effect on young children’s brains.

The warnings ring true for most of us at an instinctual level when we see babies entranced by clever videos specifically designed to keep them watching nonstop. As amazing as all of our screens are, they simply don’t serve babies and toddlers well in spite of any educational value they may have and the temporary relief they provide to parents. They hook children at the tenderest age possible, giving them unhealthy habits that can be difficult to change in the years to come. In the end, parenting becomes harder.

The tech industry has made it all the more challenging for families. Parents and others working to make our screen devices so captivating know this all too well. It’s why Bill Gates didn’t give his own kids cellphones until they turned 14 and Steve Jobs, according to The New York Times, didn’t let his kids use iPads when they were first released. It’s why some tech-savvy parents are putting their own children in tech-free classrooms.

By not resorting to using baby videos and toddler programming, parents will likely struggle in the beginning. Without a phone or other screen, I would bring my baby to restaurants armed with a bag full of interesting toys and books. I would tell endless stories and sing favorite songs on long car rides. At home, in desperation, I would let my son rifle through the kitchen cabinets when I needed a break, and bring out special toys when I needed a shower. I wouldn’t have managed at all had I not convinced my mother to move in with us, found a child care provider who didn’t use television, and started a playgroup with other moms in the neighborhood. In other words, I reached out to actual human beings to help me.

In the end, having a creative child who could entertain himself without a screen in front of him proved to be well worth the effort. Without toddler television and videos, I had more of an influence on my son, something my own mother had trouble achieving because of all the commercial television I watched. Too many parents today can’t get their kids’ attention without a battle, and children in turn complain about their parents’ smartphone addictions, some by dropping their parents’ phones in the toilet.

In spite of its problems, screen time itself isn’t innately evil. When children are introduced to it at a later age, they are often better able to use it wisely. My son, now 24, credits his screen-free early childhood with giving him a unique perspective and an ability to view technology through a critical lens, something that serves him well in his career in the entertainment industry in San Francisco.

Raising small children is exhausting, especially for those with limited means, a lack of emotional support or a special needs child, which is why parents need to be encouraged rather than made to feel guilty. It was encouragement and kind words from others that helped me stay the course, and that’s what I offer to new parents everywhere now.

By taking time in the beginning to keep our kids screen-free, we can make our children smarter, healthier and happier, and then when they’re ready, we can show them how to use technology in the most productive, creative and enjoyable way possible.

This piece originally appeared on The Dallas Morning News, published with permission.

Previous articleYes, I Had a Miscarriage. Yes, I’m Still a Mother.
Next articleHelpful Tips for Writing the Perfect Love Letter to Your Spouse