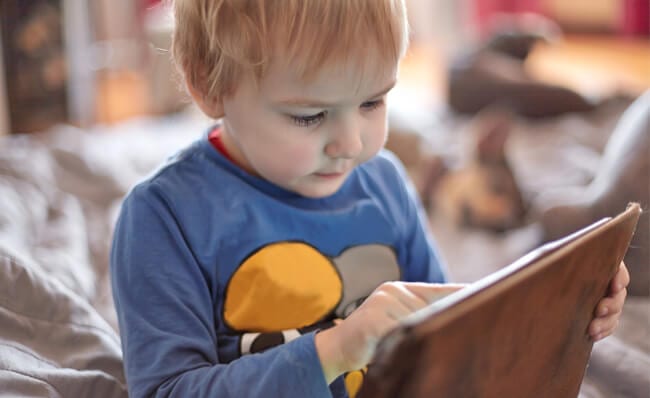 We all know it’s important for kids to get outside, soak in some fresh air and stay active in their [downtime]. But it’s not uncommon for them to settle down with an episode of Peppa Pig, or unwind with some games on their tablet. In fact, such commodities often keep us sane as parents.

But new warnings from the World Health Organization are strongly encouraging parents against screen time for their kids, as it’s shown to have lasting negative [effects] on their mental health.

According to new screen time guidelines published last week by The World Health Organization, children under the age of two should have absolutely zero screen time. And those ages two to four should have no more than an hour per day.

“Achieving health for all means doing what is best for health right from the beginning of people’s lives,” WHO Director-General Dr. Tedros Adhanom Ghebreyesus explained in a news release. “Early childhood is a period of rapid development and a time when family lifestyle patterns can be adapted to boost health gains,” he added.

The screen time guidelines somewhat echo those from the American Academy of Pediatrics, which advises children younger than 18 months should avoid screens other than perhaps video chats with family members. The AAP also recommends that children ages two to five should be limited to one hour of “high-quality programming.”

WHO did not release any details regarding the harm that can be caused by too much screen time, but said the guidelines — which also included recommendations for physical activity and sleep — were needed to address the increasing amount of sedentary behavior in the general population. It noted that growing physical inactivity is a leading risk factor for death and a contributor to the rise in obesity.

The UN health agency said that infants younger than a year old should spend at least 30 minutes every day on their stomachs, and older kids should get at least three hours of physical activity on a daily basis.

Previous article24 of My 26 Fifth Graders Have Been Inappropriately Targeted by Strangers Online—What Parents NEED to Know
Next article‘When I Grow Up, I Want to Be A Sex Worker’ — Said No One Ever