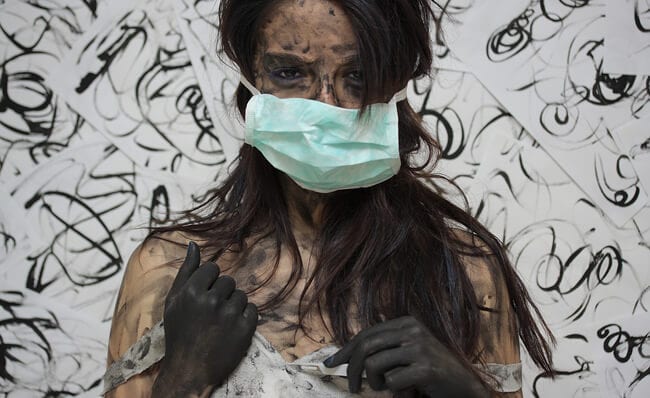 Teen Vogue is graciously offering to teach your child that being a sex worker is the same as being a doctor. Seem crazy? That’s because it is, but that doesn’t change the validity of my statement.

Let’s set aside the fact that she is minimizing the pain of the most recent sex-trafficking story I listened to — a story of a young girl who slept in the hallway of a local casino because she wasn’t allowed to return to her pimp before a certain time each night. She was expected to return with a set amount of money. I doubt the good doctor has ever spent a minute in a situation like this.

What this doctor really is doing is normalizing buying sex. And apparently, she really wants our teens to agree that selling sex is as normal as growing up to be a doctor.

I’d like to take this minute to say a big fake thank you to teenVogue and this doctor for offering to teach my children, the children I teach, and the future leaders of our nation that, “The idea of purchasing intimacy and paying for the services can be affirming for many people who need human connection, friendship, and emotional support. Some people may have fantasies and kink preferences that they are able to fulfill with the services of a sex worker.” It turns out I don’t need the help you’re offering in raising my kids.

I will, however, warn you that you are part of the problem. The number one question I hear from parents and people in the community is, “How is this happening, and no one is doing anything about it?”

Here is your answer, friends. Magazines, media, movies, books, targeting your kids to get them to think you are rigid and overbearing, but that doctors like this totally get your kid when no one else does. Pimps/traffickers are thrilled over articles like this. Why wouldn’t they be? They’ve been trying to teach our kids the same exact message. It’s the fundamental message they push while they are grooming our children.

Plus, the author is a doctor — someone who is in a role that should be a protector, a safe haven, an unconditional safety net — and she’s convincing the pimps’ target audience that their bodies are no big deal. And she’s doing it for free.

I’ll leave you with this last spin of the truth that couldn’t reek more of a certain serpent in a tree.

“Many workers take on multiple roles with their clients, and some may get more physical while other interactions that may have started off as sexual could evolve into emotional and psychological bonding.”

Awesome. Let me gather my daughters and tell them the good news — it’s totally normal if you’re a doctor or a sex worker to become emotionally and psychologically bonded to your clients.

My friend, it’s time. We cannot reasonably sit by and allow the mystical “they” to have the loudest voice with our children. Or anyone else’s children. At 14, the average aged reader of this magazine is the same as the average age of girls entering into the sex trade. That means some are younger. These kids are counting on us to be the reasonable voice that speaks up and says, “I am all done. These are our children, and we are taking them back.”

This piece originally appeared at ShontellBrewer.com, published with permission.

Shontell Brewerhttp://shontellbrewer.com
Shontell Brewer is a wife and mother to her five children, ages 20 to 12. She holds a master’s in divinity with an emphasis in urban ministry. Her most recent project is an arts-integrated prevention curriculum for minors trafficked across the nation. She speaks as a prevention specialist to communities affected by sex trafficking. Find her at ShontellBrewer.com, and on Instagram and Facebook at Shontell Brewer. Her book, Missionary Mom is due fall of 2018.