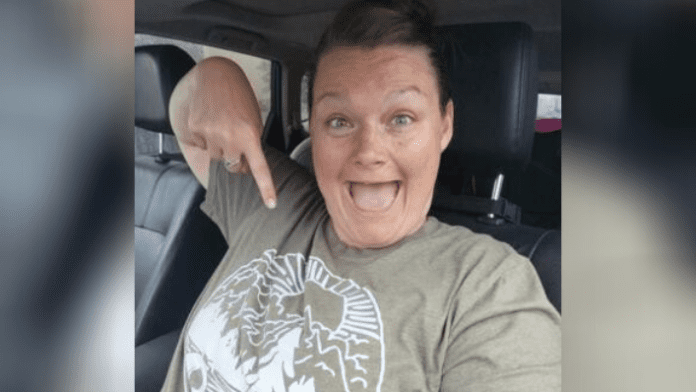 I’m a Mom Without a Tribe—and That’s Ok

Growing up in the late ’80s and ’90s, I fell victim to the stories sold to me by “Saved By The Bell,” “The Baby-Sitters Club” and Lifetime Original movies — that every girl meets her lifelong BFFs in elementary school, they all love the same things, have regular sleepovers, stay close through college, are in each other’s weddings, and help to raise one another’s kids.

I’ve always felt like I’ve lived on the outside, never truly belonging anywhere but always somehow working my way into a seat at some table, even if it was with the Art Geeks from the cafeteria in Mean Girls.

My entire life I’ve had opinions, spoke boldly, and refused to go along with what was popular. Those traits have consistently validated a few feelings I’ve always wrestled with:

4. That I am certifiably the worst at trying to fit in at the expense of my beliefs, be they faith-based or philosophical.

While I’m forever grateful to my ride or die — the Kelley to my Jessie — we haven’t always been in each other’s lives like the shows had said. We even (gasp!) have had other friends for various seasons in our lives.

We did Girl Scouts together, then weren’t close again until high school. We graduated and she had a baby and I went to school far away. She was in my wedding but then I had a child with special needs … none of it happened the way the movies promised.

That is real life.

I can’t be her everything all the time any more than I can expect her (or anyone) to be mine.

And, here is the thing.

I’m okay with being too much for some people because THEY 👏 ARE 👏 NOT 👏 MY 👏 PEOPLE.

It took me nearly 40 years to realize this, but I have never been a “yes” girl. In fact, I love saying no. So why would I want so desperately to fit in with 4-6 other chameleon women who nod their heads at what one says, bashes the husband who the other is frustrated with, or dresses the same?

I’ll stay over here on my lonely mom island as long as I need without a Claudia or a Kelley, without tunics or highlight appointments, because those just aren’t me.

If that is you, awesome!! I’m so glad you found your people, truly. But I have to start being honest with myself.

Y’all, my people love Jesus and need a therapist.

My people drink wine and curse and are still afraid that their parents will find out (even though they are 38 years old).

My people are outspoken and can come across harsh but they will always tell you the truth in love.

My people are at their best when they are serving others and, though they wrestle with it, they know they HAVE to prioritize taking care of themselves, too.

My people appreciate whole foods but can also eat their body weight in Chik-Fil-A nuggets.

My people enjoy dressing up maybe twice a year and do their best work in yoga pants, the way the Lord intended.

My people have tattoos and also love Starbucks, even if they are ‘the man.’

My people push and advocate and pray and bake lasagna for the marginalized but also live in constant anxiety that they aren’t doing enough.

My people sing their hearts out though they SHOULD reserve their voice for Jesus, know every word to ’90s rap lyrics, and also raise their hands in worship.

My people will cut a b*tch for looking sideways at their kid but always fear they are somehow ruining motherhood altogether.

Y’all, of the billions of folks on this planet, there are VERY few who qualify as my people, and THAT’S OKAY.

It may have taken 38 years, lost friendships, and an untold number of re-watched episodes of Lisa, Jessie, and Kelley to get here, but not everyone is your people.

Sift through the duds, mama. Because once you find those few (or just one) who truly know you — the hilarious AND the cob-webby parts — and love you anyway, you don’t have to pretend anymore. No more playing dress up to be a part of a song and dance you don’t know the words to and don’t want to be a part of anyway.

You can finally breathe and be your full, authentic self. And that, mama, is freedom at its finest. No tribe required.

This piece originally appeared at The Mama On The Rocks, published with permission.

Previous articleWe Are All in This Together, Mama
Next articleThere’s Something to Be Said About Your Youngest

Brynn Burgerhttp://themamaontherocks.com
Brynn Burger is the creator of The Mama on the Rocks blog and social media community. She is a writer, speaker, and coach to parents of extreme children, fellow and future Roadschoolers, and folks looking to simplify their lives to reclaim the joy-filled journey we’re meant to live.