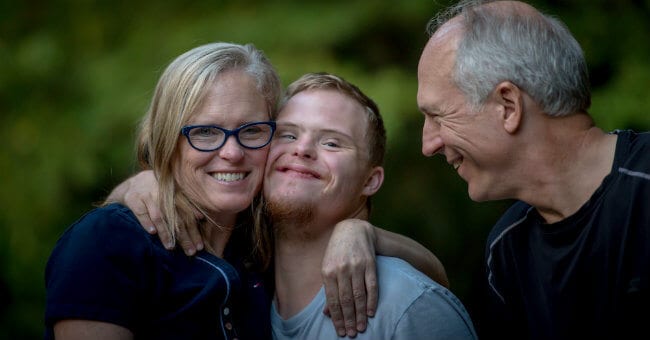 Thanks to Screening and Abortion, We Are Heading Toward a ‘Down Syndrome-Free World’

Yesterday I read this “crazy” quote on a pro-life website, alleging that no babies with Down syndrome had been born in Iceland in the last five years, because 100% of expectant moms undergo pre-natal screening for DS and 100% who get a positive result abort. I was absolutely SHOCKED by this, and set out to research whether or not it is true.

And now I sit here at my computer screen, tears streaming down my face, fighting off an actual panic attack (I’ve had them before, so, yeah…that’s what’s happening), because what I’ve found out is actually worse. Worse than all babies with Down syndrome being aborted in the last five years.

It’s the last nine. Since 2008, according the advocacy group Down Pride’s appeal to the United Nations, every Icelandic unborn child pre-natally diagnosed with Down syndrome has been aborted. So, since then, no babies with Down syndrome HAVE been born in Iceland—on purpose. There is that pesky margin of error in pre-natal screenings that has allowed a very few to take their first breaths outside the womb. (Of course, that same margin of error, which is 2.5% on the false positive side, has undoubtedly led to Icelandic babies WITHOUT Down syndrome being aborted as well.)

In response to this, Icelandic photographer Sigga Ella, who has an aunt with Down syndrome, produced a series of 21 portraits of people with Down syndrome called “First and Foremost I Am.” She chose to highlight these beautiful people of all ages because, she says, “of this radio interview I heard, where they were discussing the ethical questions we now face, that we can choose who gets to live and who doesn’t, as the aim with prenatal diagnosis is to detect birth defects such as Down syndrome and more. Where are we headed? Will people choose not to keep an embryo if they know it has Down syndrome? I had a lovely aunt with Down syndrome, aunt Begga. It is very difficult for me to think about the elimination of Down syndrome and her at the same time.” 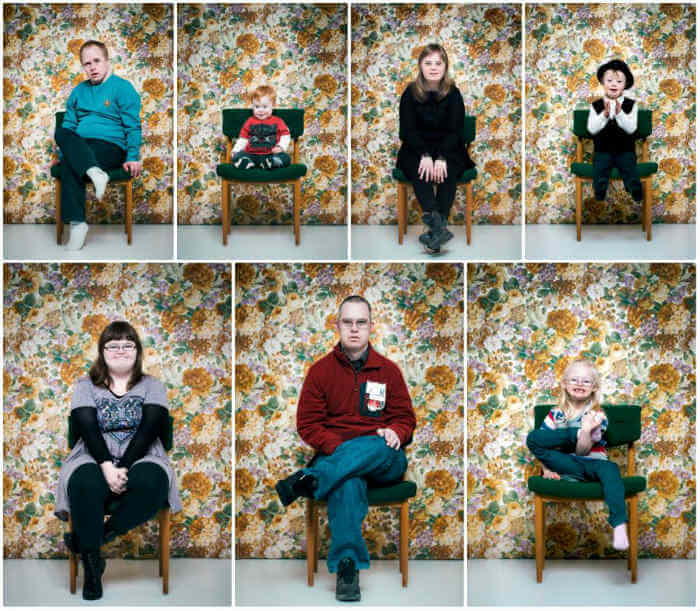 Ella’s portraits are powerful, and one can only pray that they change the minds of those parents who think their children with Down syndrome will not have lives worth living.

Iceland, Great Britain (90% DS abortion rate) and Denmark (98% DS abortion rate) all have a national healthcare system. SO BASICALLY, all these governments have decided that children with Down syndrome cost too much. Their lives drain government coffers and surely can’t be worth as much as they cost the public. And so doctors tell these expectant parents only the WORST possible outcomes for their child with Down syndrome, and encourage abortion. British “Bridget Jones” actress Sally Phillips’ first child, Oliver, was born with Down syndrome—her pre-natal screening had been negative. She was given the news as if it was a tragedy. “The doctor said ‘I’m so sorry” and the nurse cried,’ she says. ‘And it was really clear that this was breaking bad news.”

No one told her what she has discovered for herself—that having a child with Down syndrome brings a life full of joy. She says, “I think I would have been really served by having someone around standing up and saying ‘This is a good thing.’”

This is the world we live in, friends. A world where actual living, breathing people like American Karen Gaffney, who has Down syndrome, have to JUSTIFY THE VALUE OF THEIR LIVES TO US. Gaffney, who is an accomplished athlete who famously swam the English Channel, says in a recent TED Talk:

There was a time when people like me were institutionalized. When I was born, the doctor predicted that I would be lucky to be able to tie my own shoes or write my own name – he forgot to mention the part about me swimming the English Channel.

We have begun to see more and more young people with Down syndrome graduating from high schools, some going on to higher education and learning employable skills. There are accomplished musicians, artists, golfers, models, actors and public speakers, as well as good employees making significant contributions to their companies and communities. These are all role models for what can be done in spite of one extra chromosome.

And it seems the race is on to find newer, faster ways to test for that extra chromosome before birth – the problem is without timely and accurate information, about all our progress, if the test shows an extra chromosome, pregnancies are being terminated. We have those who say we shouldn’t even be born at all.

I believe Down syndrome is a life worth saying yes to. Every life matters regardless of the number of chromosomes we have. 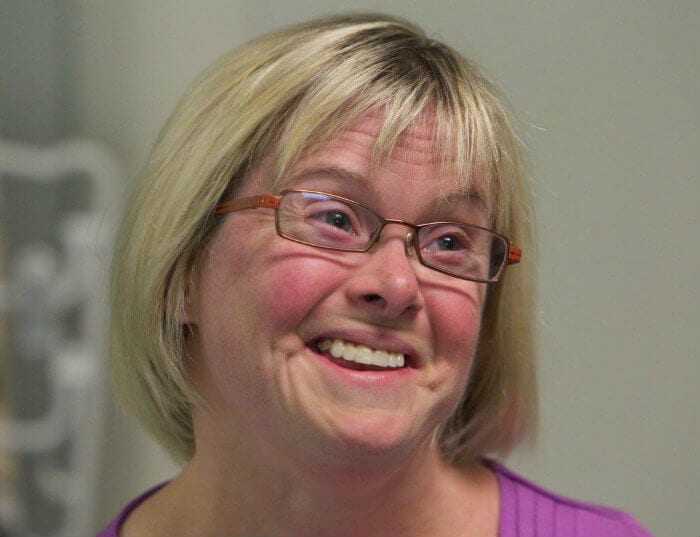 Gaffney is spot on, and as someone who LIVES with Down syndrome quite happily, her voice should carry so much more weight than those who give expectant parents a gloom-and-doom outlook simply because they wish to profit from having less people with disabilities in our world.

This trend of pre-natally screening for and then eliminating people with disabilities scares me, and it should scare you, too. What if they develop a screening test for autism, and decide giving them the resources they need to flourish costs too much as well? What if a screening for mental health issues is developed? Should a person who might be bi-polar or depressed just be eliminated? The possibilities are REAL and FRIGHTENING.

Christians, we are COMPELLED to speak up about this injustice. People with disabilities are a glorious, gorgeous part of the kingdom of God here on earth. All the people I know with Down syndrome, autism, cerebral palsy, dementia, and ANY disability have greatly enriched  my life—as they were created by God to do.

Previous articleHe’s My Last Baby, and I Know Only This
Next articleSorry Kids: You Can’t Be ANYTHING You Want to Be