Woman Asks Stranger Where He Was on 9/11—He Replies, ‘The 47th Floor of the North Tower’

So often, we remember 9/11 as a horrible tragedy that happened many years ago and killed thousands of people. What’s easy to forget is that there are those who lived it, truly LIVED it — like Thomas Canavan, one of September 11th’s twenty survivors.

After crawling through over 75 feet of rubble (horizontally and vertically), Thomas made it out of the mass tragedy alive, but the story he lived to tell is much different than the one most of us can imagine from the footage we saw on our TV screens.

Kylee Tinney got a taste of what the real 9/11 was like when she engaged Thomas, a museum worker at the 9/11 Memorial, in a conversation that changed her perspective for life.

She shared her interaction with Thomas in a now-viral Facebook post that has touched so many with this survivor’s powerful story:

“Our driver dropped us off near the 9/11 Memorial entrance. It was POURING down rain and the line was long so I ran to the nearest cover, which was by the museum exit door, while Clint went to buy tickets. Standing there was a police officer and a museum facilities dispatch worker. I eavesdropped on their casual conversation for a few minutes and finally mustered up the courage to ask them where they were on 9/11.

“The 47th floor of the North Tower”, the museum worker said. Thomas Canavan, one of twenty survivors of the collapse. Wow. He proceeded to tell me his harrowing story of being buried alive, crawling through 46 horizontal and roughly 30 vertical feet of rubble, making it out alive, severely injured (but not realizing it due to adrenaline) and sadly having lost the friends he started with. 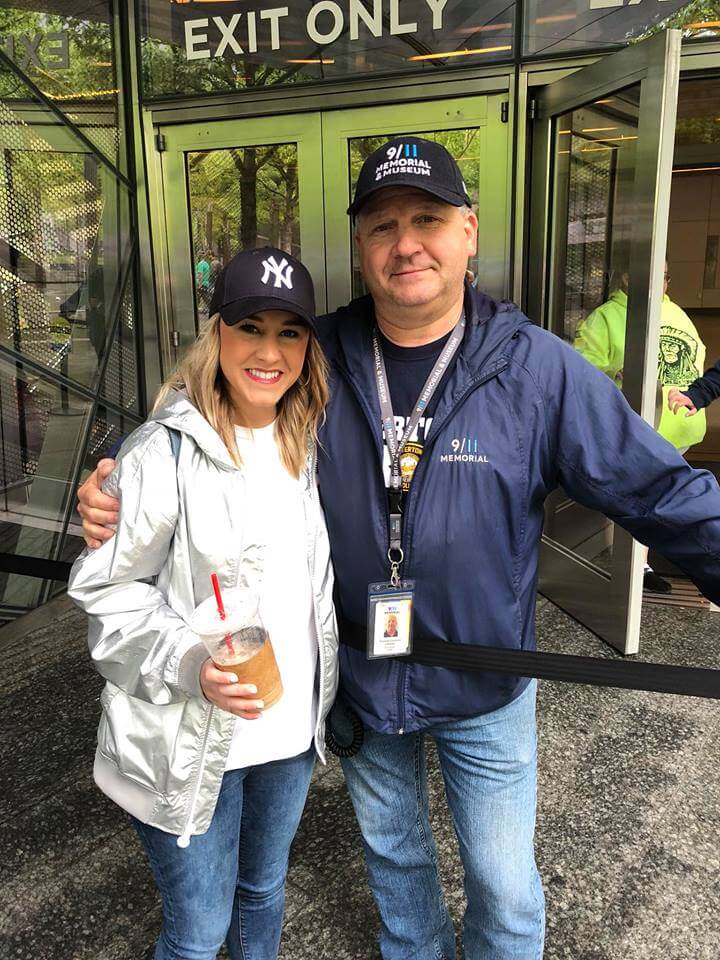 We talked for 20 minutes as if no one else were around. I asked questions, and he gladly answered. One of the many things from that conversation that stuck out was that he said it’s so deceiving on TV when all you see is one cloud of dust and a small hole from the plane. The reality you don’t realize at home is that it was desks, file cabinets, chairs, staircases, elevators, and people falling down on him. The little holes in the Towers on TV from the planes were really 6 stories tall. The magnitude of this tragedy was so much more than most of us can imagine from our television screens. Something that’s hard for us to comprehend.

Clint came back with museum tickets for 11:30am. It was 10:45am so we were going to have to wait a bit. The rain had subsided by now. Tom without hesitation said, “You guys come with me.” He escorted us past the (still) long line, past the police officers, and told the security guards, “these are my two friends, let them in.” And without question we were quickly escorted inside, as if the President had just given orders. I could tell Tom was highly respected by everyone around. Before he left us, he told us to look for him in the museum; we would find his picture and the watch he wore that fateful day. 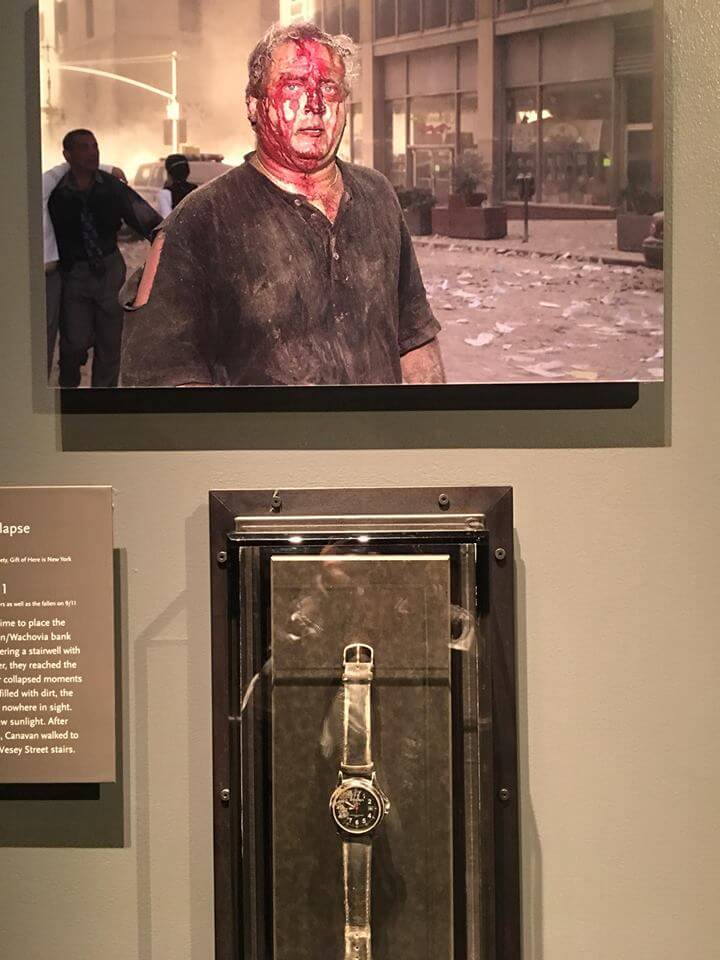 Sure enough, we found Tom’s watch displayed in a shadow box. From the impact of the collapse, his wristwatch stopped; a moment stuck in time. The eeriness and irony. Tom told me that was the last day he ever wore a watch. It’s easy to think of September 11 as just a terrible tragedy in our country’s history. We so often forget that these were/are REAL PEOPLE, many who still feel the effects every day. Even something as simple as not being able to wear a watch, because it brings back haunting flashbacks.

How Our Family Embraces Racial Redemption