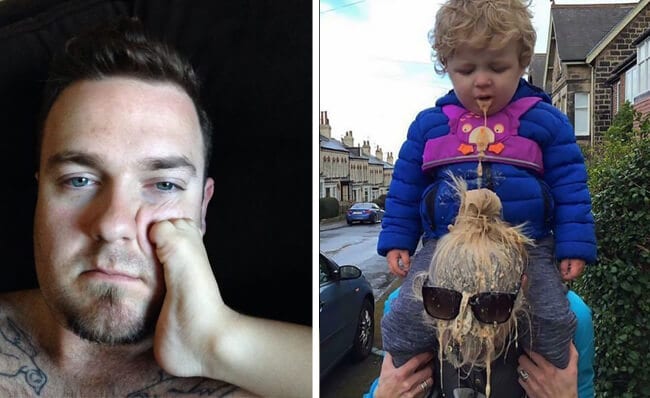 My husband and I are at that point in our marriage that all couples get to someday. We’re in our mid-twenties and LITERALLY every person around us is either pregnant, or popping out babies. There HAS to be something in the water because this is just un-natural people. I’m going to go broke attending baby showers before I can even think about having my own!

It’s that sweet stage of marriage for us where we’re seemingly forced to think about kids because they’re all around us, but also get to have some trial runs with tiny humans that aren’t ours.

We all know parenting is not for the faint of heart. But in the age of iPhones and unlimited photo storage, never has there been so many pictures that perfectly summarize the hilarious rollercoaster ride that is being a parent.

Here are 31 Photos That Prove Kids are Total Savages

Have kids they said, it would be fun they said.

“Daughter’s first camping trip. This is how she wakes me up at 6:15 in the morning.” 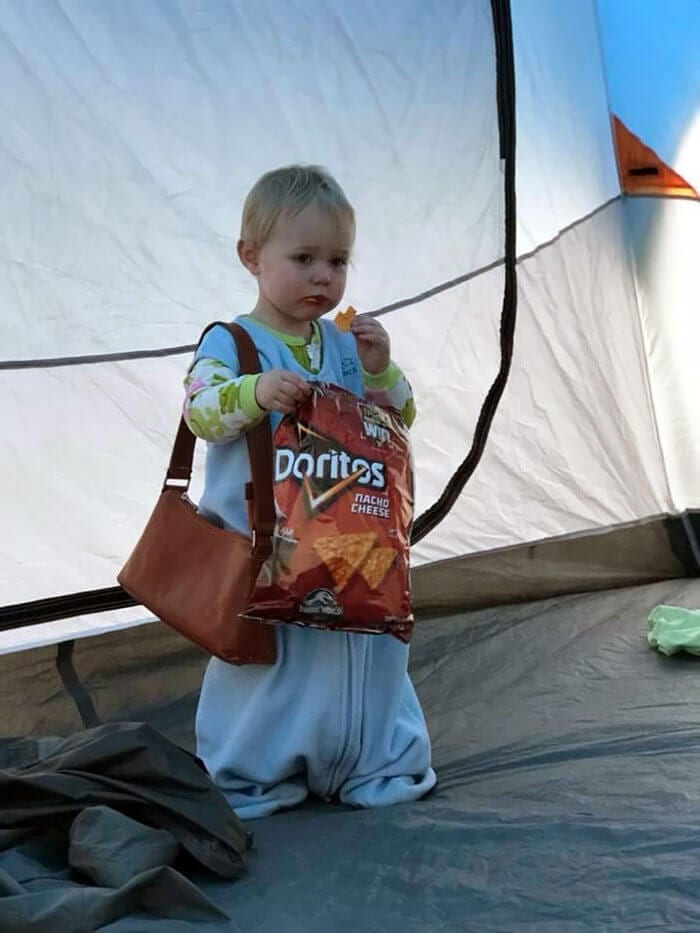 “Live footage of me waiting for my daughter to finish her homework.”

Also accurate for when it’s time to put on shoes, clean their room, finish eating dinner, and of course, bed time. 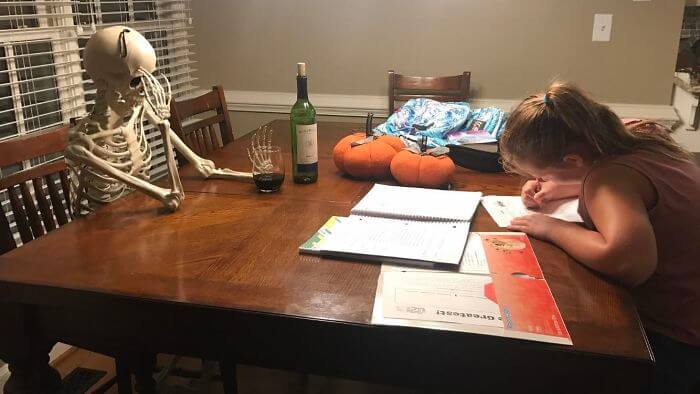 3. Going out in public will never be normal again.

“Bring a toddler to the wedding they said. It will be fun they said.” 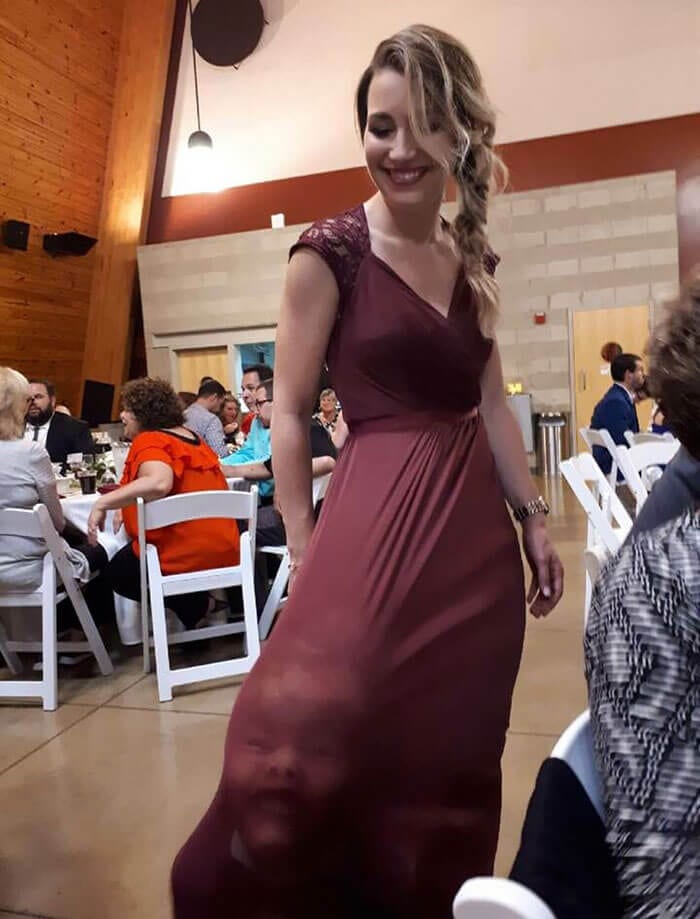 4. You never fully know just what’s going to set them off.

“Andrew’s reaction when I wouldn’t let him lick the entire cart.” 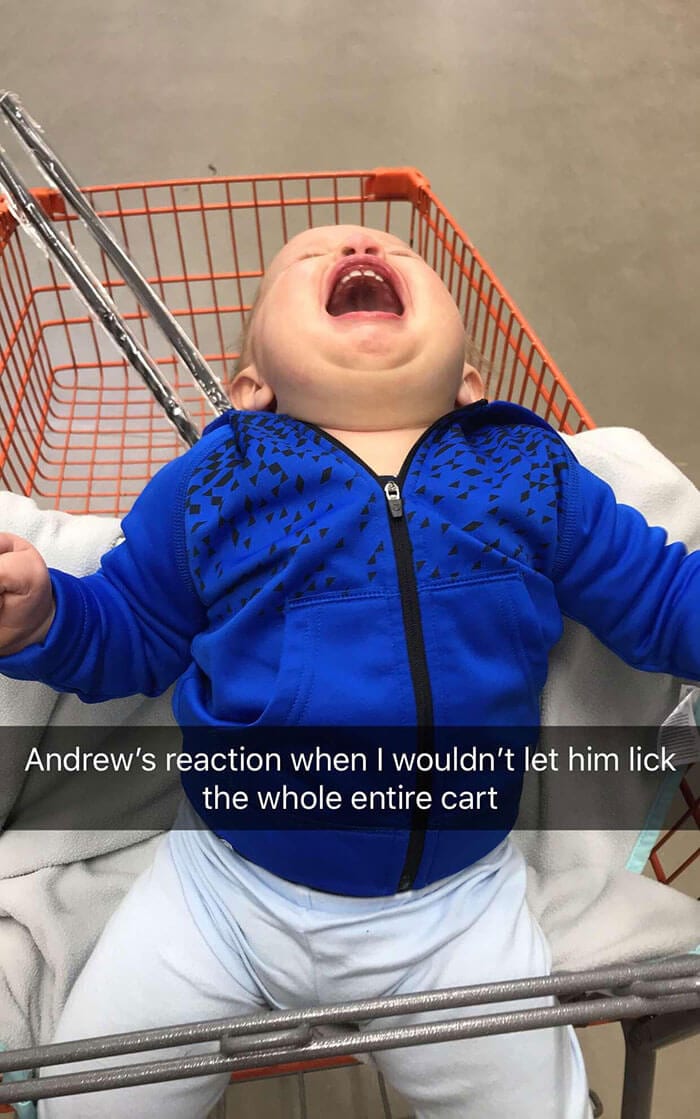 5. You have to beat them at their own game.

“My friend got tired of the kids losing the remotes.” 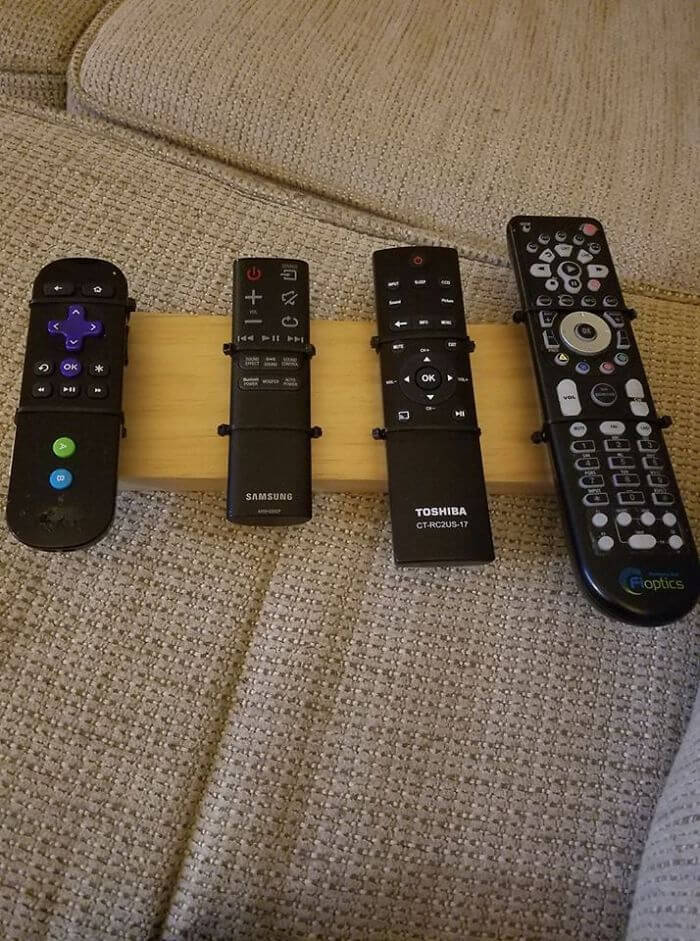 6. Discernment doesn’t come until much, MUCH later.

“Walked into the bathroom to find our precious child ‘washing’ a book he found.” 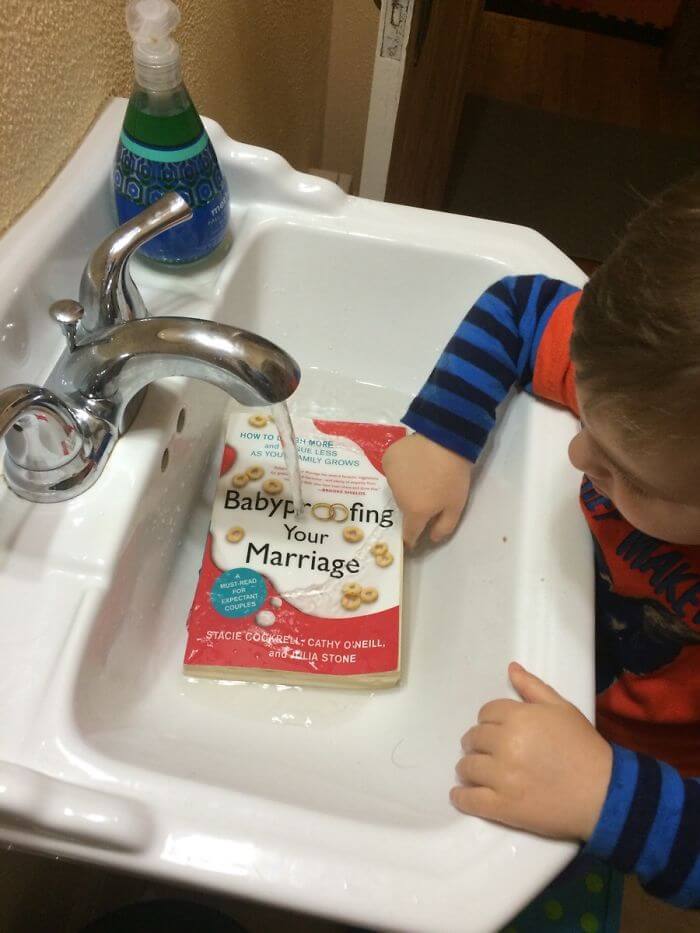 “My nephew woke up from his nap with a sippy cup nobody had seen for three weeks.” 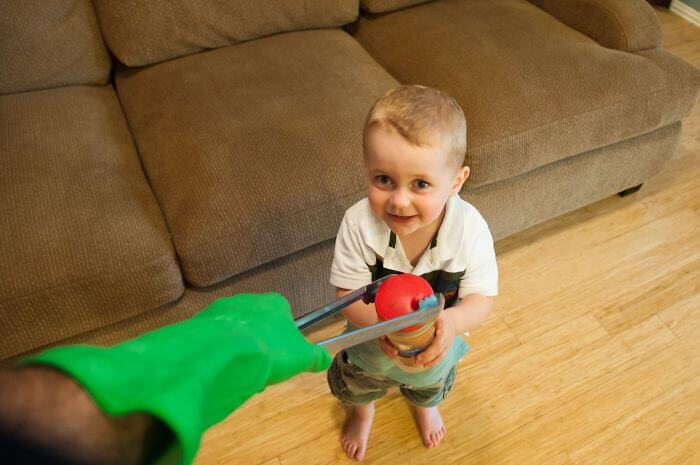 8. This one doesn’t even need a caption.

“One picture has never encapsulated my life as a parent more.” 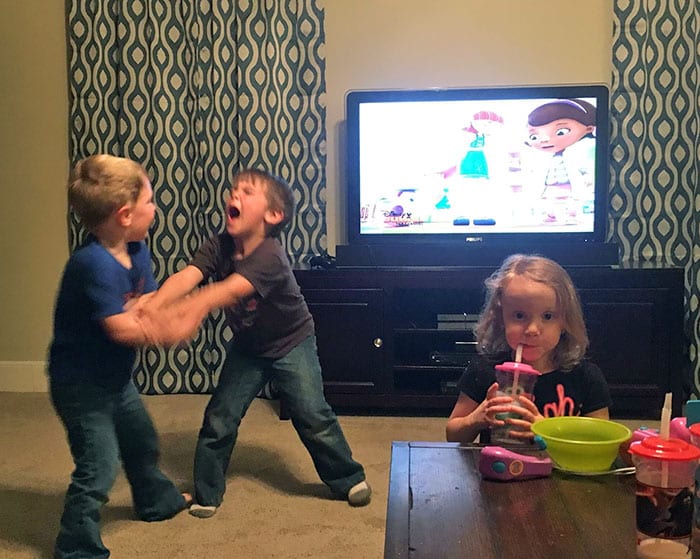 “That moment when you realize your toddler spent 30 minutes trying to unlock your iPad.” 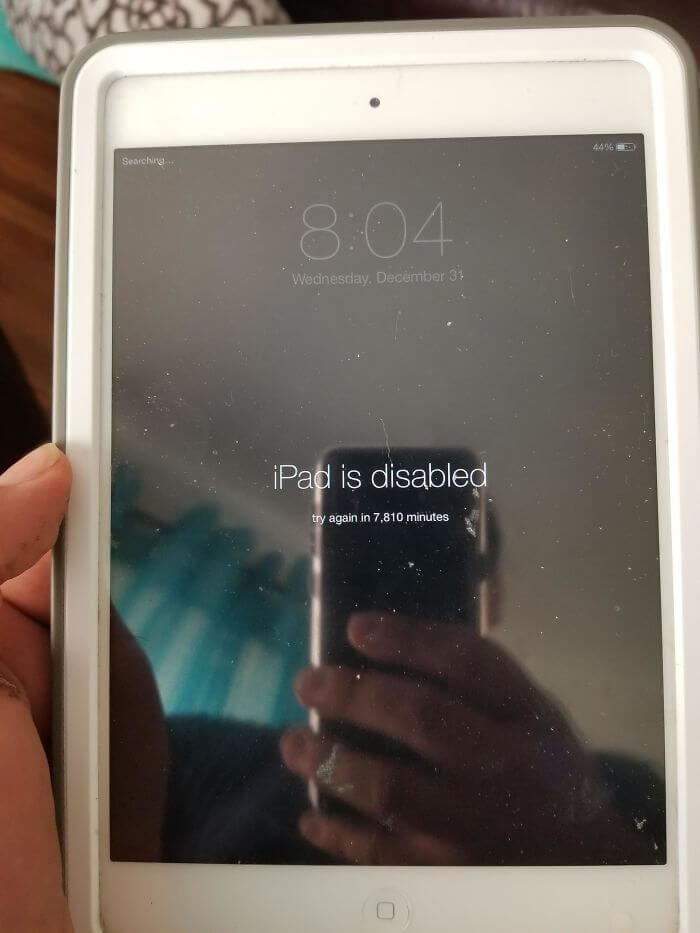 10. You WILL question if they were bit by a radioactive spider at birth.

“I heard this kid yelling for his dad at Lowes. Went looking for him and…”

11. They said I could be anything, so I grabbed Sharpies.

“My 4-year-old found permanent markers and is so proud that he is now Darth Maul.” 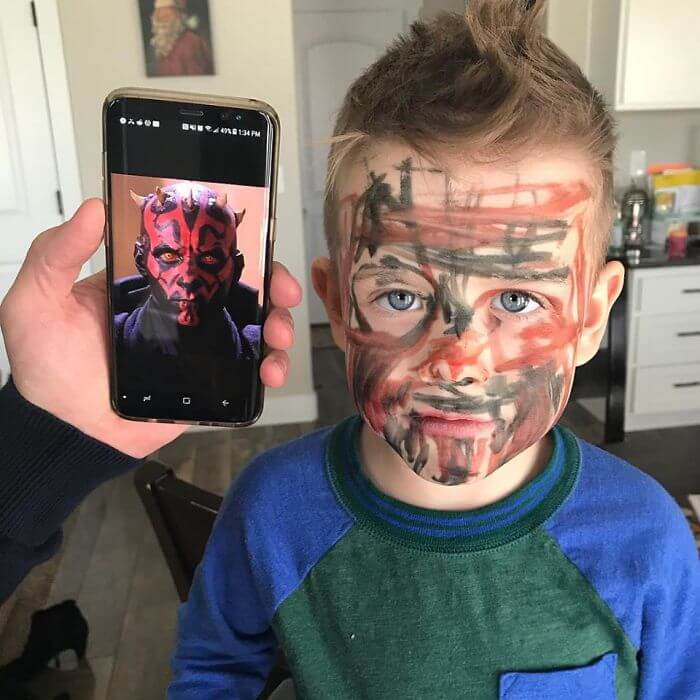 12. Even when they’re being helpful, they create more work.

“When you find your pants in the toilet after asking your toddler to help you with the laundry.” 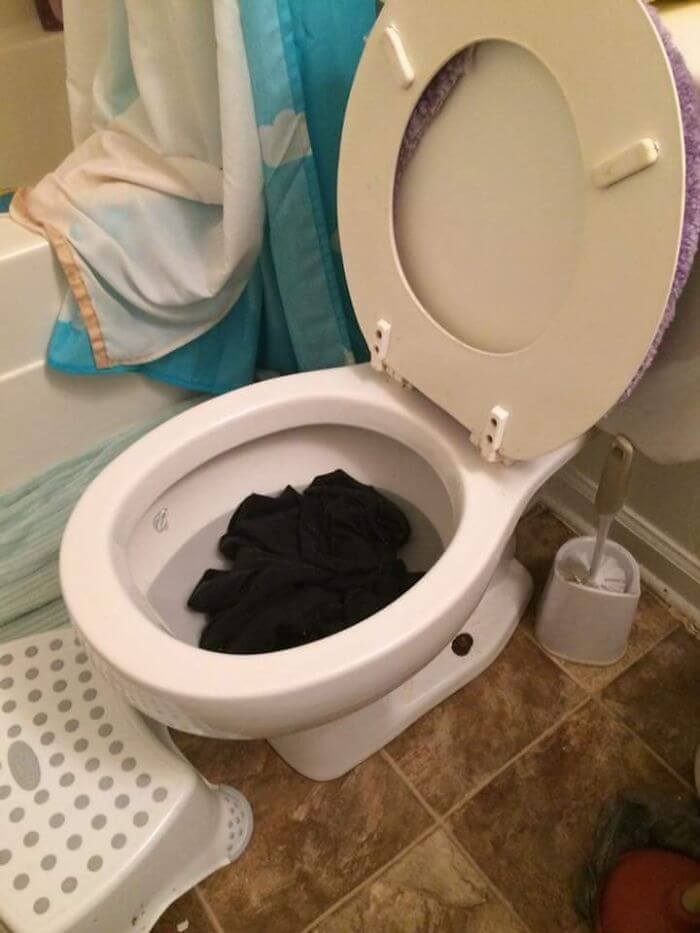 13. Anything you thought was cool before will quickly be ruined for you.

“We got these bathroom doors because we thought they were trendy. That was before we had a toddler.” 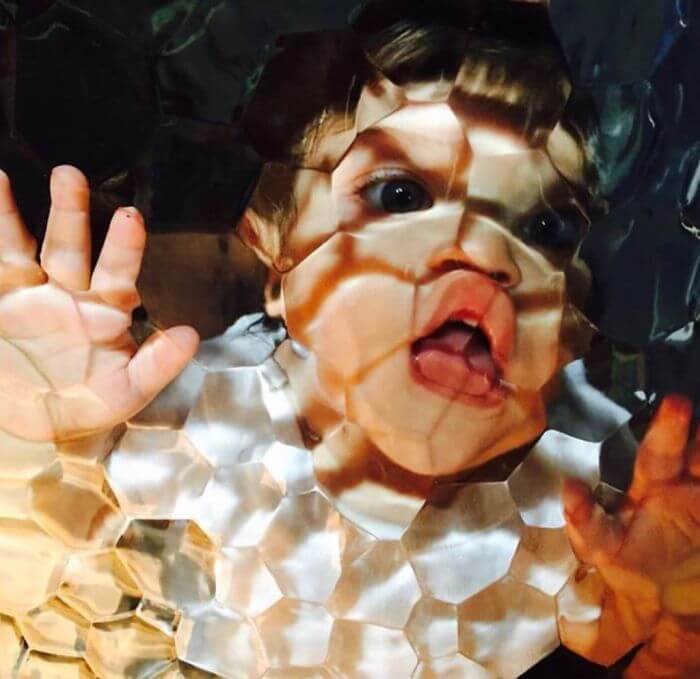 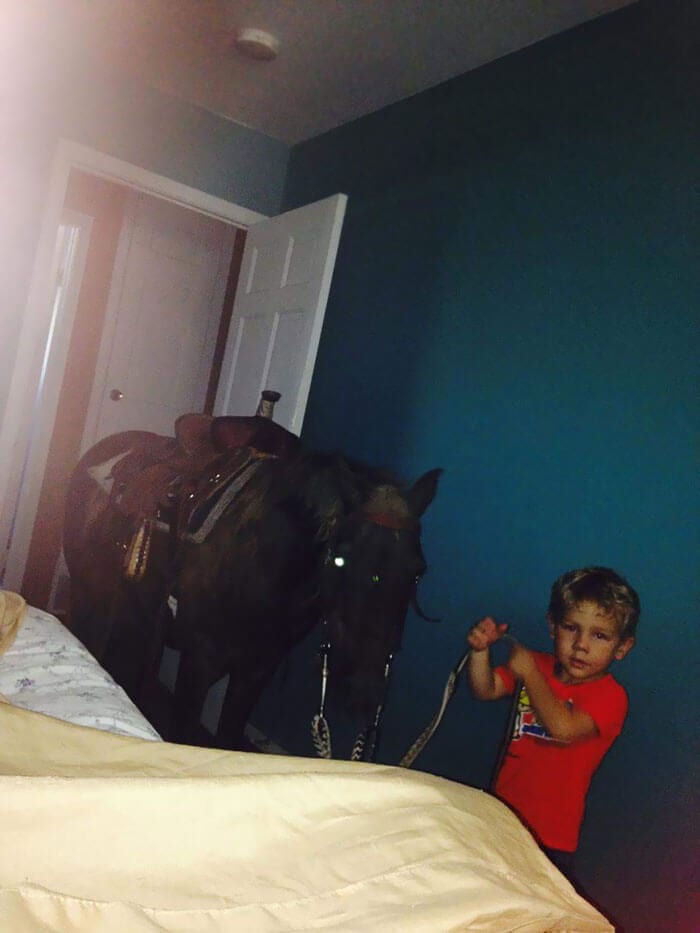 15. I don’t even think you can call this one a #ParentingFail. 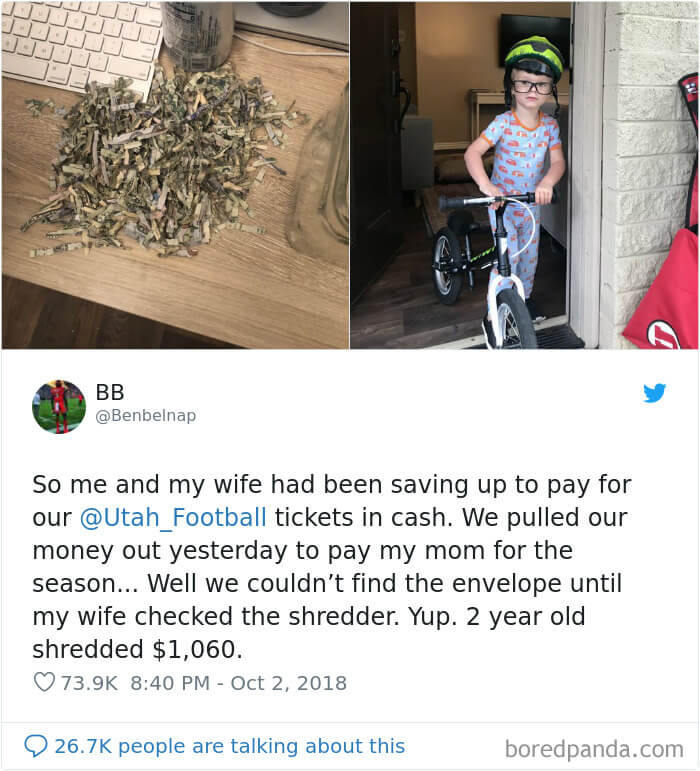 16. Your swagger wagon is actually a dump. 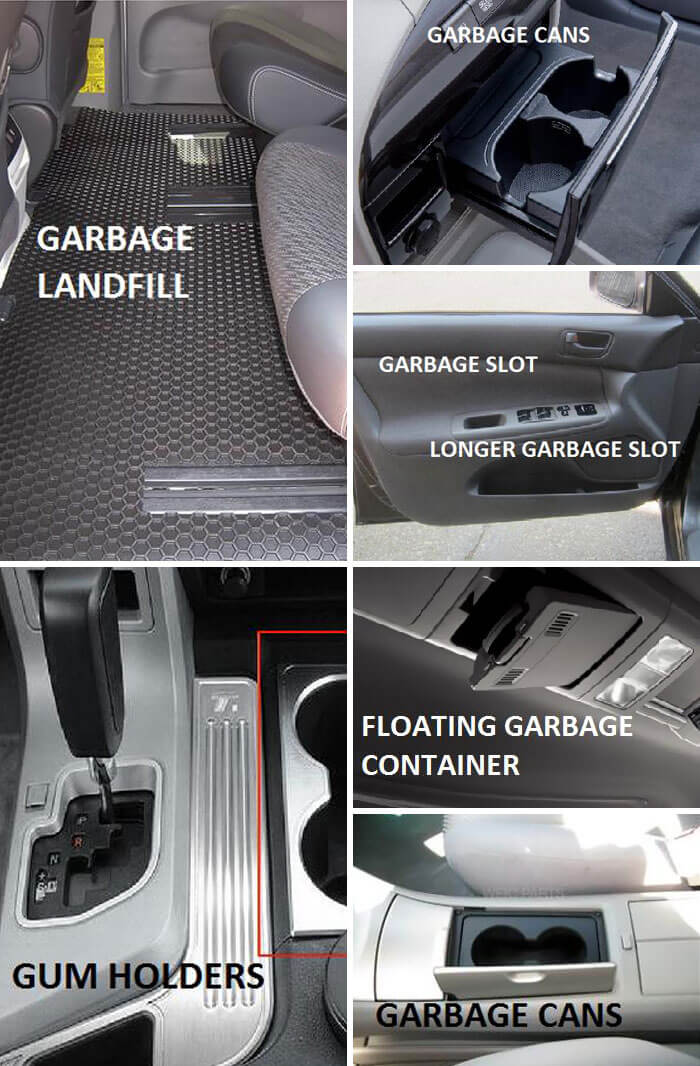 17. Are you really even a parent if you haven’t been puked on? 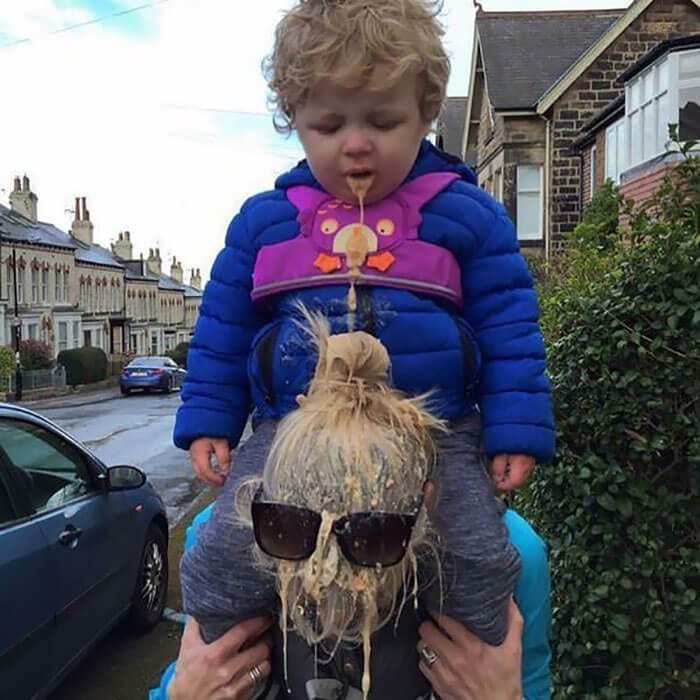 18. These little blessings will always find a way to ruin things.

“My wife cutting my daughter’s skirt out of a scooter axel on Mother’s Day.” 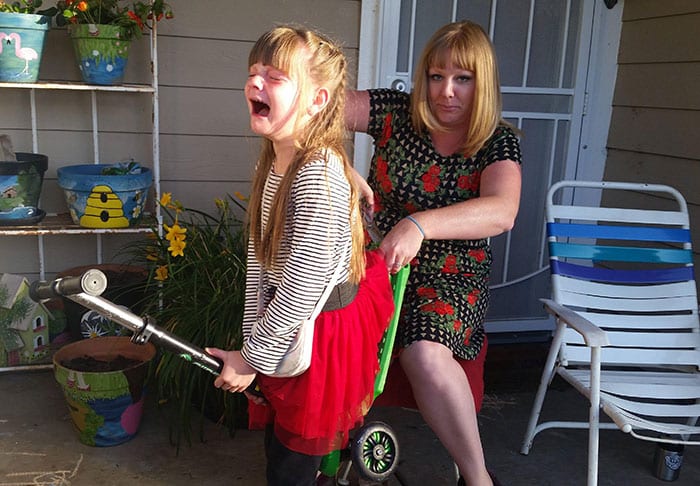 19. There’s always something to be invented.

“Today I learned that if you let your child pour their own syrup, they will make ‘Pancake Soup.'” 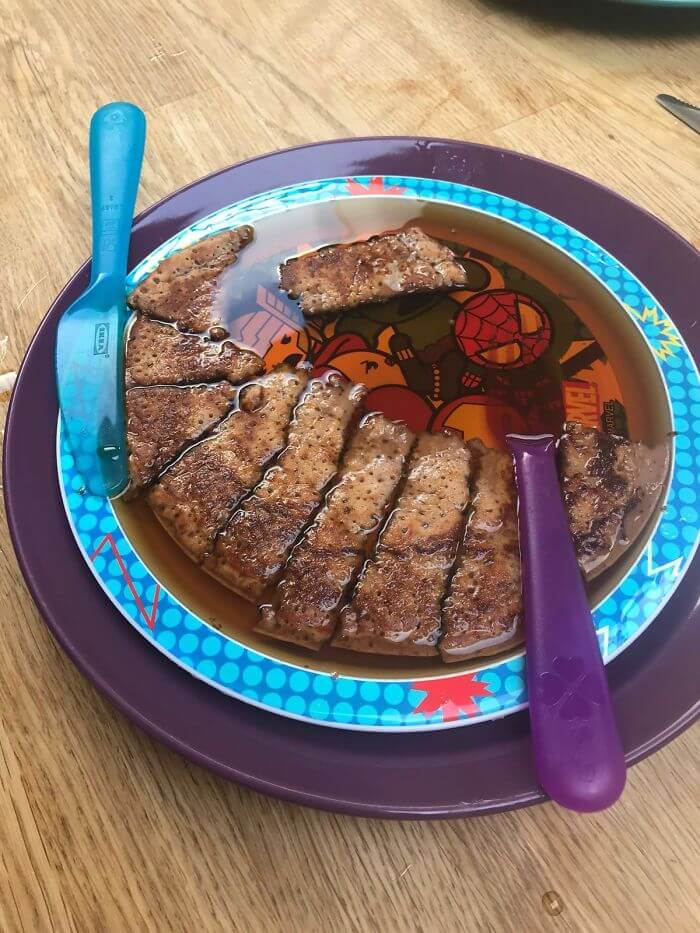 20. Having a kid means you’ll never match a pair of these suckers ever again.

“30 of my kids’ socks. Not a single pair. I don’t even remember us buying so many socks.” 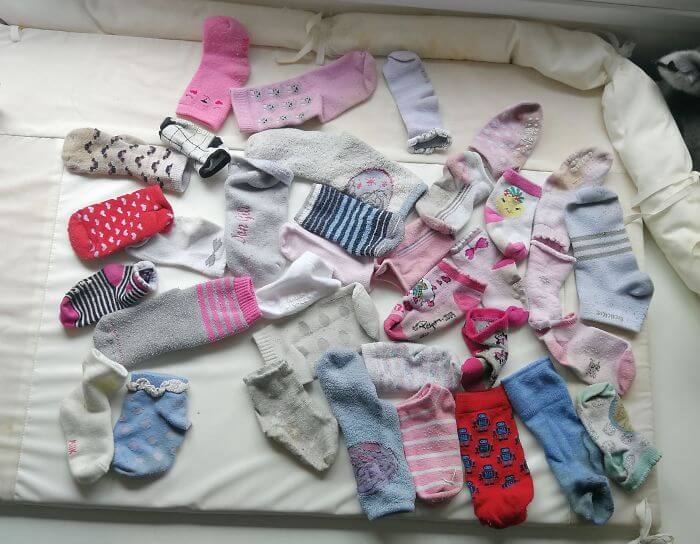 “Have a baby they said. It will be fun they said.” (Decibel meter for reference).

22. They are intriguing specimens.

“I gave my 2-year-old a slice of cheese to eat while she was watching Paw Patrol. Then I checked on her a minute later.” 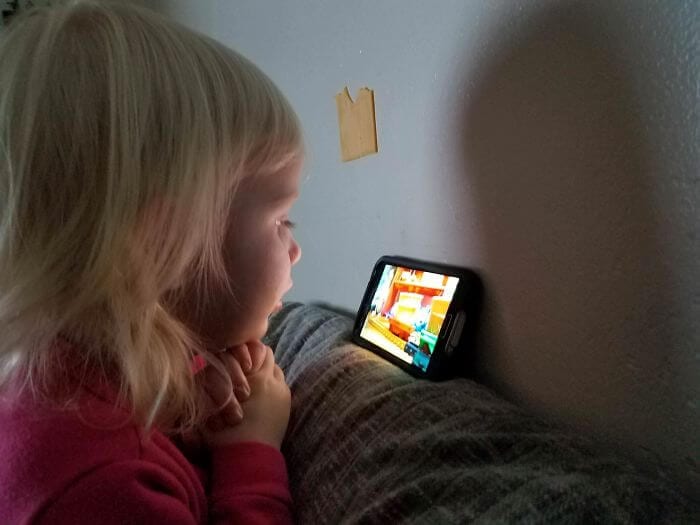 23. In case you didn’t know, Crayola goes with just about anything.

“Don’t let your child use your laptop.” 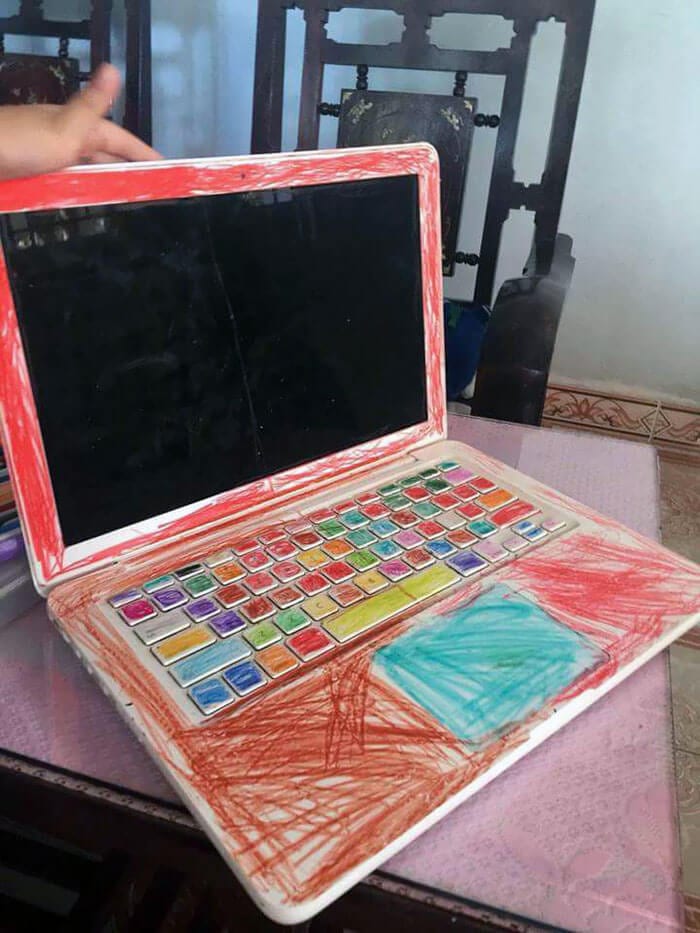 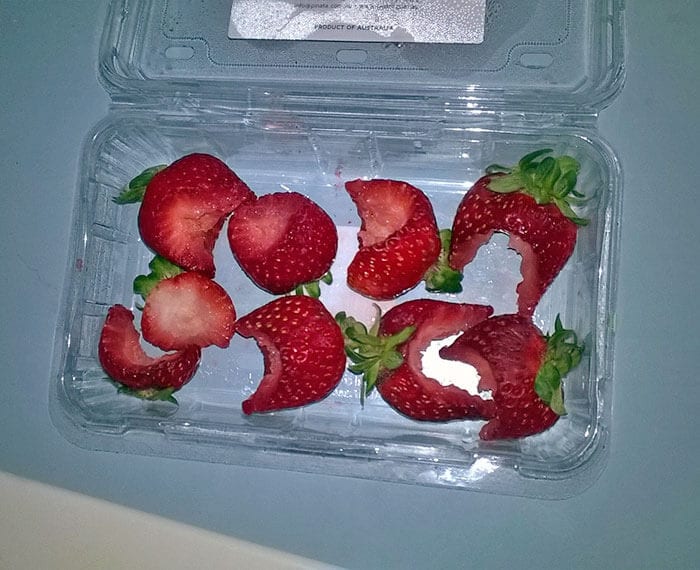 “Girls’ room wasn’t getting warm so I took apart their vent. I now have a great way to illustrate what it’s like to have four children.” 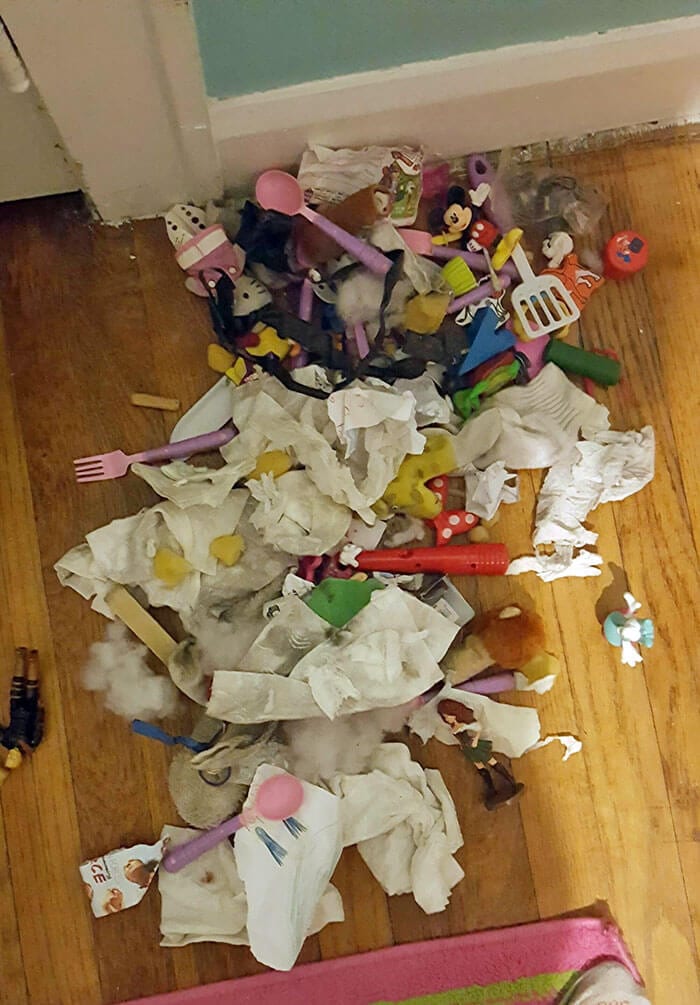 26. You can kiss freedom goodbye…Literally.

“Sometimes you get a playpen to keep the kid out.” 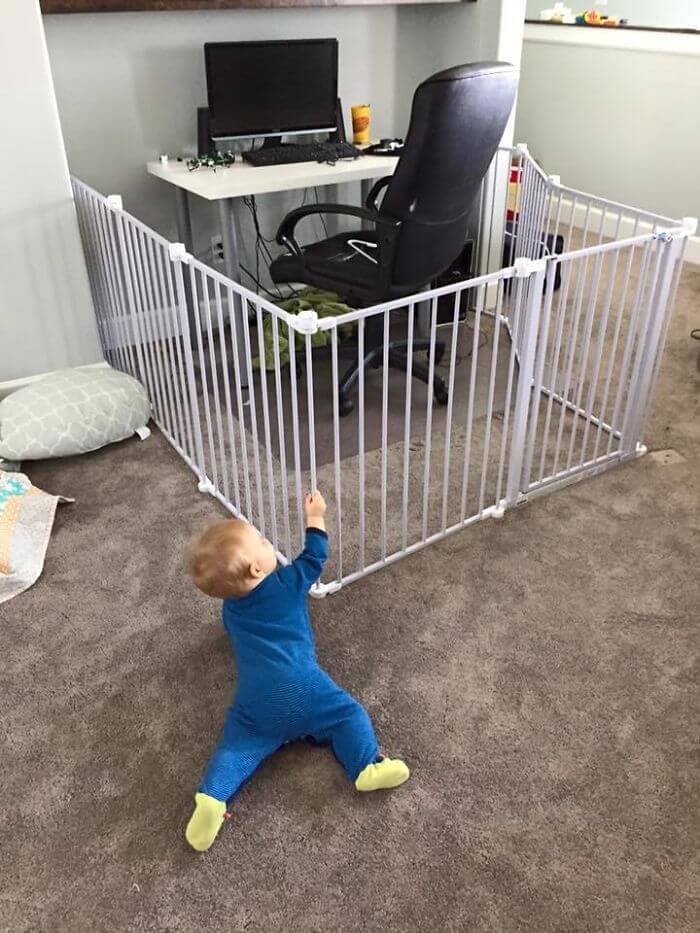 “Toddler gets ahold of lipstick.” 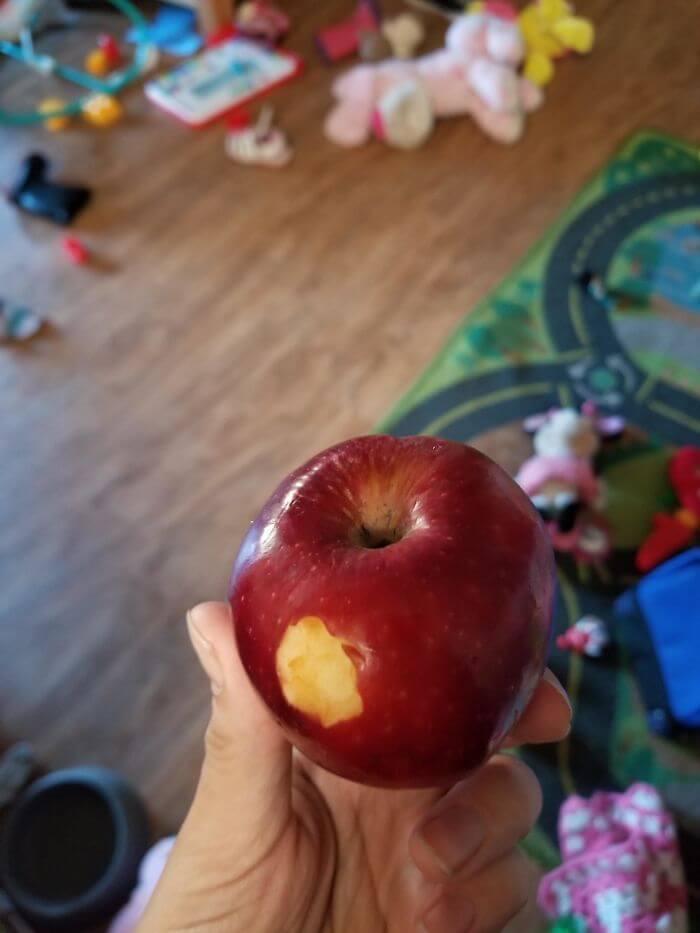 “I got one child to nap. The other one is stubborn.” 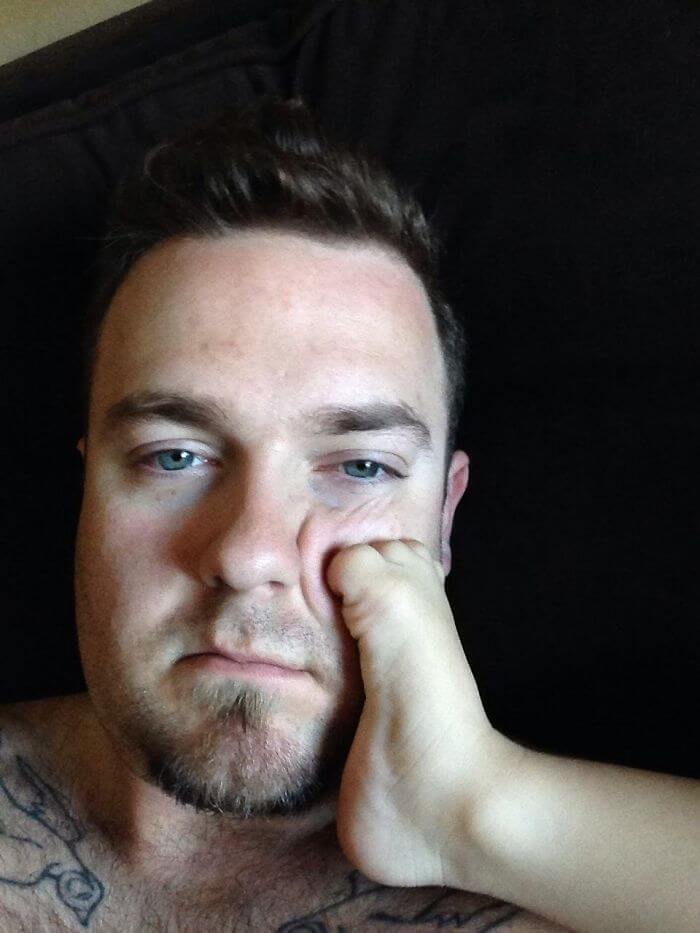 30. It only takes one shower to ruin everything.

“The one and only time I forgot to put up the baby gate before I showered.” 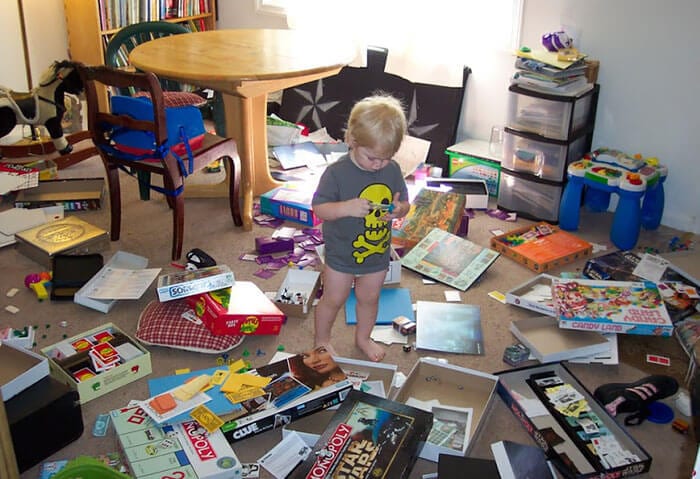 31. And it really is no wonder why moms begin to tune things out.

“Kept track of how many times my 3-year-old asked me ‘why’ in one day.” 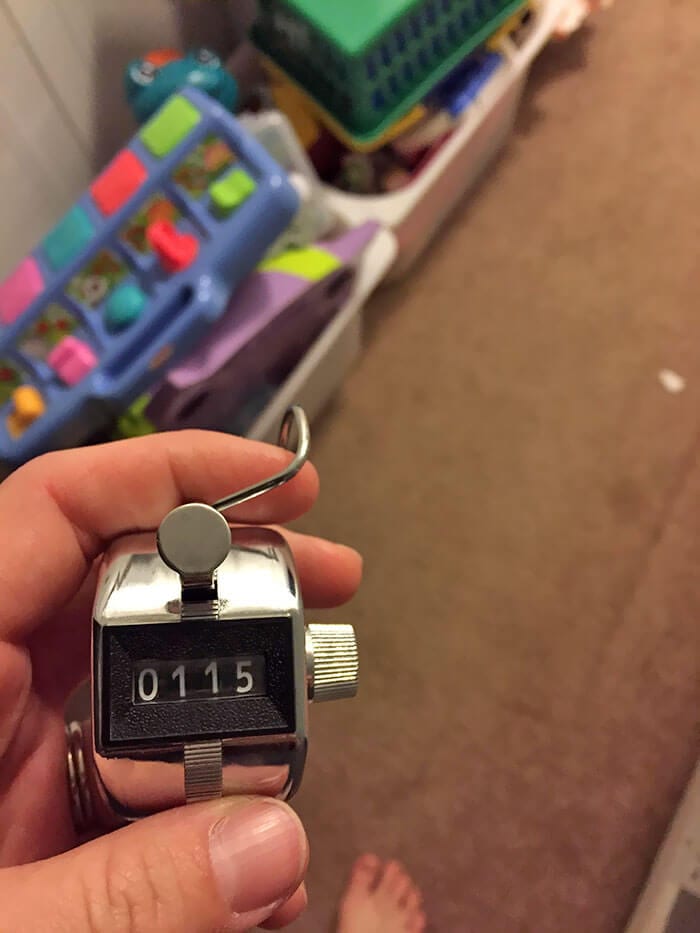 When Hard Circumstances are Redeemed — Advantages of Being Bullied