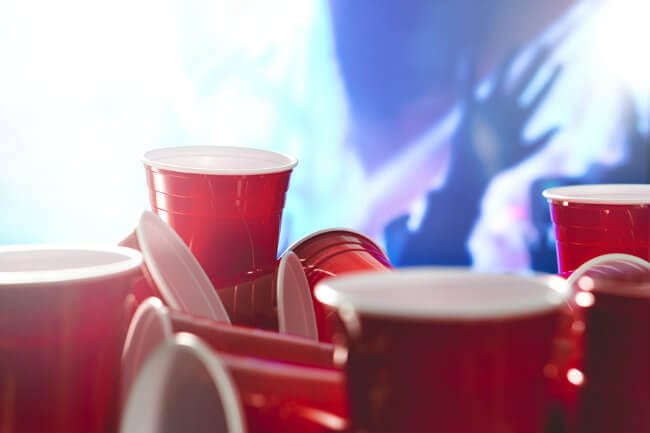 Love Me Enough Not to Leave Me There

My college years were wild. They could have been worse, but they could also have been a whole lot tamer, which is always thrown into stark relief when I swap stories with my FUS pedigreed husband and fellow alums. You see, I did 4 years at CU Boulder before I transferred to Steubenville, so I had a sort of best (and worst) of both worlds college experience. Drinking, drug use, promiscuity, partying that bled into academic pursuits and, kind of, um, annihilated them? Check. And then. Festivals of Praise? Homeless ministry? Serving with the CFRs in the Bronx and praying at the abortion clinic in Pittsburgh? Also check.

It was a wild 5 years of undergrad, spanning a diverse and confusing range of experiences and friendships. And while I used to wish I could go back and erase certain chapters (especially from my junior and senior years at Boulder) I have become acutely aware that these encounters shaped me, too, for better and for worse, and that there are specific parts of my story that are relevant to other people I encounter precisely because they are relatable. I have no hope of ever ending up a St. Therese or a St. Dominic Savio. Best I can hope for is St. Augustine or St. Francis Xavier. (ha!) A little world weary, and a little too familiar with precisely what it is “the world” is struggling with.

I had some friends who were also Catholic or some other Christian denomination during my darker years, and many of them were lovely people who I had fun with. But they didn’t call me out. They saw no tension between the faith I professed on paper and the life I was living in reality. I was fun, and besides, we were living similar variations of the same story. We justified each other’s crap, to put it very mildly, and we demanded little from our relationships with one another beyond exhilarating company and tag teamed bar tabs.

There were a few other friendships, too. Not close ones, more acquaintances, technically. But these handful of beacons stood out in a time of seemingly impenetrable darkness and remain in my memory, even now, 15 years removed from the experience, shining monuments of hope and encounter in a dark and confused period of my young adulthood. The FOCUS missionary who called me every month to invite me to Bible study. Who still smiled and made conversation when we crossed paths on campus, even as I rejected invitation after invitation. Who stopped to chat in the street on the morning of her engagement, effusive with joy, dropping the yet unheard phrase “Theology of the Body” like an explosion into my curious brain. The kindly RA who lived down the hall and who would always wave to me at Mass the weekends that I made it there. The welcoming and non judgmental regular patrons of the Catholic student center who moved aside and let me awkwardly crash their (sober. astonishing to me at the time) movie nights, making room on the ratty couches for a cynical party girl who’d sworn off the bar scene for a month and found herself with a wiiiide open social calendar.

I think this method of genuine encounter is what is so desperately missing in the world. The Jesus eating with tax collectors and chatting with prostitutes mode of being. We lose sight of the necessity to encounter the other where they truly are and to then invite them into something more. To love them enough not to leave them there. It’s so easy to focus excessively on the feel good “I accept you how you are” and to drop the “and I love you enough to tell you the truth” ball. It’s equally tempting to forgo the acceptance/meeting phase and jump straight to Defcon “this is why you’re dead wrong.”

Neither way is Biblical. Jesus encounters and calls to conversion. He never separates the two. We live in a culture obsessed with being “tolerant” and “openminded.” But my tolerant friends were content to leave me paralyzed, on my mat, not costing them anything except maybe another round of Jaegerbombs. And in reality, maybe they didn’t – or couldn’t – realize how sick I was. How sick we all were. I was a stock character in their own dramas, as they were in mine. We were all of us hurting, medicating away some pain, covering up some insecurity or wound with a mode of being that allowed for numbness and oblivion.

The second kind of friends were the full package variety. They encountered and called on. They lifted up my mat. They opened their doors and offered a seat at their tables and looked me in the eye and said, in so many words, “neither do I condemn you. Go and sin no more.”

This is what real acceptance looks like. Not empty platitudes and affected camaraderie, but authentic, intimate encounter and acceptance. Something that cost us each something. It cost me my pride and my lifestyle. And it cost them their comfortable existence and their hospitality.

And we each gained immeasurably more than we could have hoped for.

But not finding any way to bring him in because of the crowd, they went up on the roof and let him down through the tiles with his stretcher, into the middle of the crowd, in front of Jesus. Luke 5:19

Previous articleWhen You Open Your Kid’s Favorite Book, and See Your Own Life Staring Back
Next articleWhy You NEED a Family Sleepover Policy

Jenny Uebbinghttp://www.catholicnewsagency.com/mamaneedscoffee/
Jenny Uebbing is a freelance writer and editor and a blogger for Catholic News Agency. Her popular blog “Mama Needs Coffee” covers everything from current events and politics to the Catholic Church’s teachings on sex and marriage to life with an army of toddlers. She has created content for Endow, FOCUS, EWTN, the USCCB, Catholic Exchange, and Our Sunday Visitor press. In her free time she watches HGTV on the treadmill and drinks La Croix by the case. You can follow her on Facebook and Twitter.