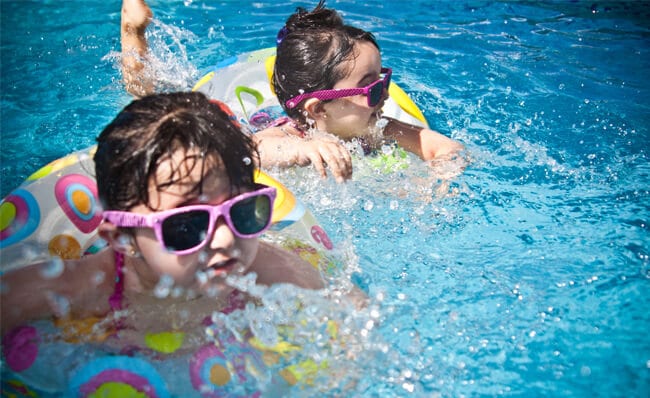 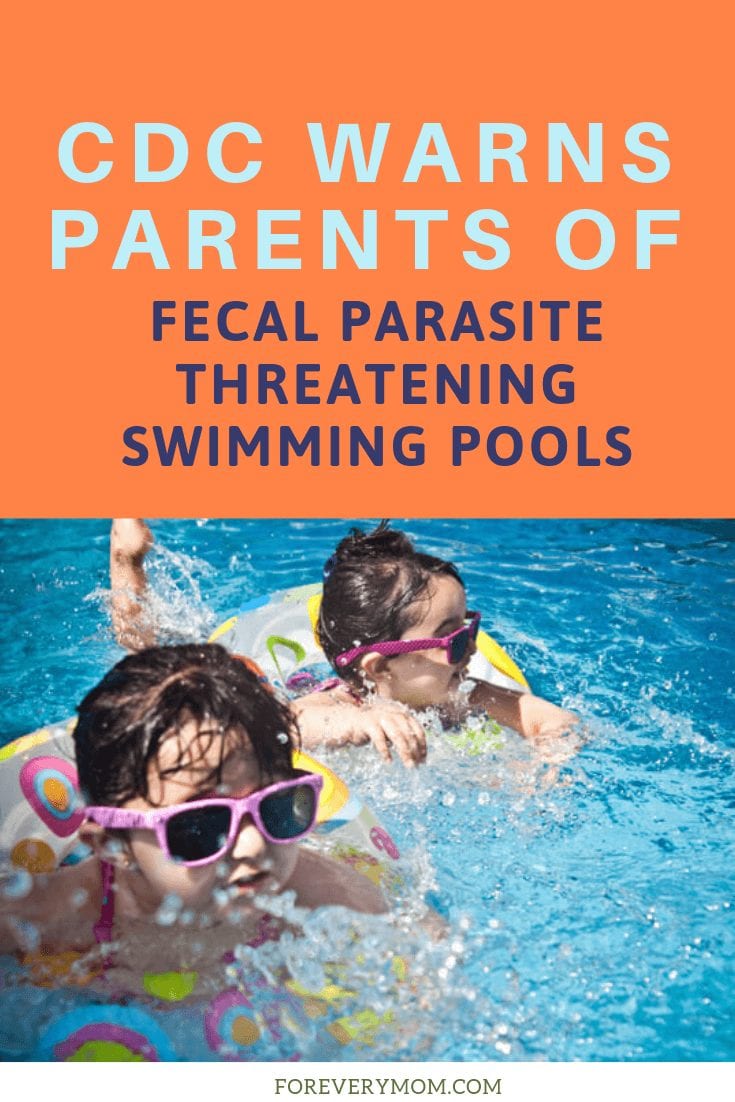 As parents, we all know the risks associated with swimming pools. We spend our summers lathering sunscreen and hearing horrifying stories of children who accidentally drown. We blow up the floaties, buy too many pairs of goggles, and do everything in our power to keep the kids safe in, and around the water.

But a new scare is making headlines this week as the Centers for Disease Control and Prevention (CDC) issues a warning about a fecal parasite found in swimming pools, which could threaten your family’s health.

Known as cryptosporidium or “crypto,” the microscopic parasite is commonly found in swimming pools — where it can reportedly survive in the water for days.

According to a study released by the CDC last week, researchers found more than 7,465 cases of “cryptosporidiosis” from 2009-2017, 35 percent of them from pools.

The parasite is spread primarily through watery diarrhea making its way into the pool—whether that’s through an infant with a swim diaper or a grown adult who had diarrhea just this morning.

According to the CDC, all swimmers should avoid the pool if they are ill with diarrhea. Parents should take kids on regular bathroom breaks, and check their infants’ diapers at least every hour. Those who are diagnosed with crypto should avoid the pool entirely for a minimum of two weeks.

So how do you keep your family safe from this parasite?

Obviously, you can’t control what other people do. But you can play a major role in preventing the spreading of crypto.

Those little signs telling you to shower before jumping in are not just for show. A  survey from the Water Quality and Health last month found that “half of Americans use swimming pools as communal bathtubs.” The survey revealed that 24% of Americans would go in a swimming pool within one hour of having diarrhea, and 48% report they never shower before swimming.

Additionally, 40% of Americans admit they’ve peed in the pool as an adult. Pee also reacts with chlorine, reducing the amount of chlorine available to kill germs.

For the love of all that is holy, DON’T DRINK THE WATER PEOPLE. It doesn’t take a genius to know that pool water is FAR from clean. You’re basically swimming around in a cesspool of other people’s filth, sunscreen, sweat, makeup, and pee. Add a hefty dose of chemicals and a handful of dead bugs, and you’ve got a swimming pool ladies and gentlemen.

Stay away from contaminated water.

It happens on a weekly basis at the neighborhood pool—someone has an accident in the water and they close the pool for an hour while they clean it.

You guys. Don’t get back in that water! It takes time for chemicals to do what they need to to provide a safe swimming environment. Go turn on the garden hose, or take a bath at home.

In addition to contaminated pool water, it’s important to be aware of how crypto manifests in freshwater lakes, rivers, springs, and ponds.

Of the more than 7,000 cases identified in the CDC’s study, roughly 3,335 cases came from freshwater. As a result, the CDC warns against drinking untreated water.

Keep your family safe this summer!

Previous article10 Validating Truths You Need to Get You Through One of THOSE Total Mom Fail Days
Next articleTo My Son: I Called You Baby First