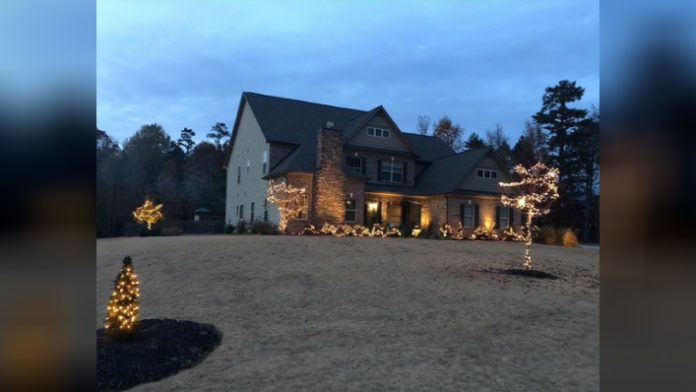 We love that our lives and testimonies are available to anyone God wants to touch through the stories He writes for our family.

We aren’t often given second chances, and the way I see it, if God gave us one chance and then graciously gave us a second, we can’t ignore it. We won’t get a third.

A few days ago our boys were playing out front. In our own yard, only feet away from the open door where we stood just inside. A normal day.

A delivery driver pulled into the driveway in an unmarked van just far enough so he could have a short conversation with one of our young boys who played in the yard. He walked a few packages to the front door and walked back to his van, opened the front door, reached inside, called our son over to his van, and handed him something. He got back in his van and backed it down the driveway, where he stopped at the bottom, parked, got out near where our son was playing, opened the back of his van, and stood rummaging around while he talked to our son and called the other one over. According to our videos, he spoke to our boys for about 30 seconds before they came running inside excitedly yelling that our delivery driver had given them money! The driver didn’t deliver any more packages once they ran off. He closed his van doors, got back in, and left.

I have to be honest, we first responded with, “That was so kind!” and “What a nice guy!” as our boys ran off to put their money in their bank accounts.

About 15 minutes went by and as I walked into our bedroom, I was hit with a sickening pit in my stomach and thoughts began screaming in my mind out of nowhere.

I found my husband Joey and pulled him aside.

I told him this didn’t feel right. It felt strange and almost yucky. I was afraid for him to come back. We needed to talk to the boys again about strangers, but it felt like this was more.

“I know. I agree,” Joey said. “I’ll call the company and file a report. This doesn’t feel right.”

While he did that, I filed a police report.

Within an hour, with the help of our many videos and photos from cameras around our home, the individual had been identified and every single official we spoke to confirmed our fears and our actions. They educated us on how to keep our kids safe, put a flag on our home address, and agreed that what had happened wasn’t acceptable from anyone who doesn’t know our family personally. No one should call a child to their car, give them anything without their parent’s consent and knowledge, and in this time and age they even mentioned the crucial aspect of social distancing for delivery workers and the breach of that, alone.

Why am I taking the risk to tell you this? Especially when technically ‘nothing happened’.

Because I’m shaken. I’m angry and I’m sad. Our boys can’t play out front anymore. We’ve had to role play and develop “safe words” for our kids. We’ve shown them what houses to run to if they need help and what to yell if someone tries to take them.

We’ve had to consider our son Hunter, who has no words. No concept of safety, especially when he’s at his own HOUSE! Local authorities now know who he is and have a photo of him on file.

I’ve seen the Facebook posts and watched the Instagram stories about trafficking attempts and kidnapping and grooming. I’ve re-watched them all over the past few days.

I thought I’d know. I thought I’d be ready. I watch them so carefully! I always know what’s going on around us.

It took us 15 minutes for a red flag to even wave in our gut and he was gone.

“Be alert and of sober mind. Your enemy the devil prowls around like a roaring lion looking for someone to devour.” —1 Peter 5:8

I don’t know what to tell you. I’m clearly not a pro and I have a lot to learn myself about watching my children and what goes on around us. But please be sure they know what you consider to be a “stranger.”

Find a “safe word” — one that only you and they know. If an adult approaching them hasn’t been given their safe word from you, they know that person isn’t safe! It’s easy. Get some cameras. The ones we have aren’t expensive but they worked so well! Keep your kids with you.

We don’t often get second chances. I don’t know exactly what this was, but I’m so incredibly thankful for what we learned and for a second chance.

This post originally appeared at On Loan from Heaven, published with permission.