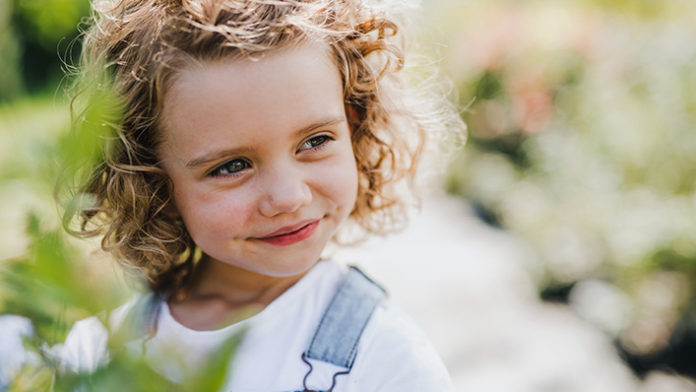 Mama, Now Is the Time to Plant a Victory Garden in Your Children’s Hearts

Before the official lockdown began our family started a few projects around our home. And when I say “around our home,” I do literally mean in the dirt around our home. While I doubted we’d be able to turn our little vegetable garden into a sustainable full-fledged farm for our family, I decided it would be a good learning experience for our sons. I hoped that we would all learn a thing or two about growing our own food, but I wanted to see our children learn something more than that — something about character, something about hard work, something about service to one another in the midst of a crisis.

Back during both world wars, civilians were encouraged to plant their own vegetable gardens. Especially during the second world war, both in Europe and America, families planted what became known as Victory Gardens. Government encouraged the people to help harvest food not only for their own families but for the troops as well. It began as a plea for patriotism, but ended up being a matter of survival for many. Since there was a shortage of staple goods in stores during wartime and rationing lasted for long after, people turned flower beds into vegetable gardens — they turned what little soil they had and planted potatoes and tomatoes, green beans and snap peas. They did their part for their family and they did their part for their country, and in a round about way, they harvested much more than food.

While they longed to see a victory in terms of winning the war, they experienced a victory at home as boys became men and and girls became women who worked in those Victory Gardens. Moms and grandmoms weren’t the only ones tilling and toiling, their children served beside them as dads and uncles and brothers served in uniform. Beside fruit bearing plants growing up on trellises, a harvest of character grew up at home. Strong work ethic developed as strong muscles formed too — family togetherness produced servant hearted siblings who became sacrificial givers to neighbors in need.

This was the soil where the Greatest Generation raised their little boomers. And there’s a great lesson for those of us raising children today.

Don’t get me wrong, I’m not preaching from a flourishing garden box. The soil in the hearts of my family members isn’t always soft and supple. These days at home haven’t been easy for us. Both my husband and I are working multiple jobs. Our children have online learning to do, and when all is said and done, they’d still rather watch reruns of mindless shows, graze on packaged food we’re still able to buy from the store, and complain when they’re asked to get out into the garden and work… 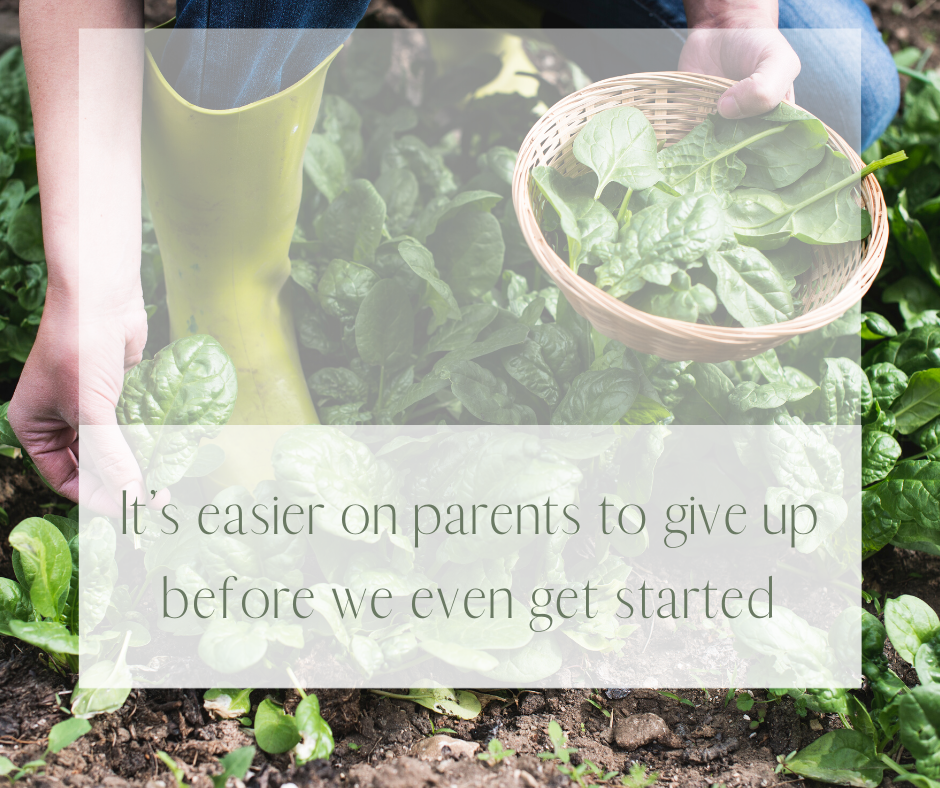 It’s easier on parents to give up before we get started — to call it quits before we even get going, because we don’t want to argue with our children. While it may be easier short-term to give up, long-term we’re going to wish we had stuck it out.

If your kids are complaining because you’ve told them they need to get out and work in the garden during these days sequestered at home, don’t give in because they complain. If you have told them they are required to read good books and do some online classes for SAT prep or practice an instrument or fold the laundry or learn to help in the kitchen, but you’re ready to give up because it’s turned into another thing to fight about… don’t give up. If you want a victory at the end of this metaphorical war, you can’t give up on the garden that’s growing up inside your home, not outside of it. This is the season to harvest character in the soil of our children’s lives. 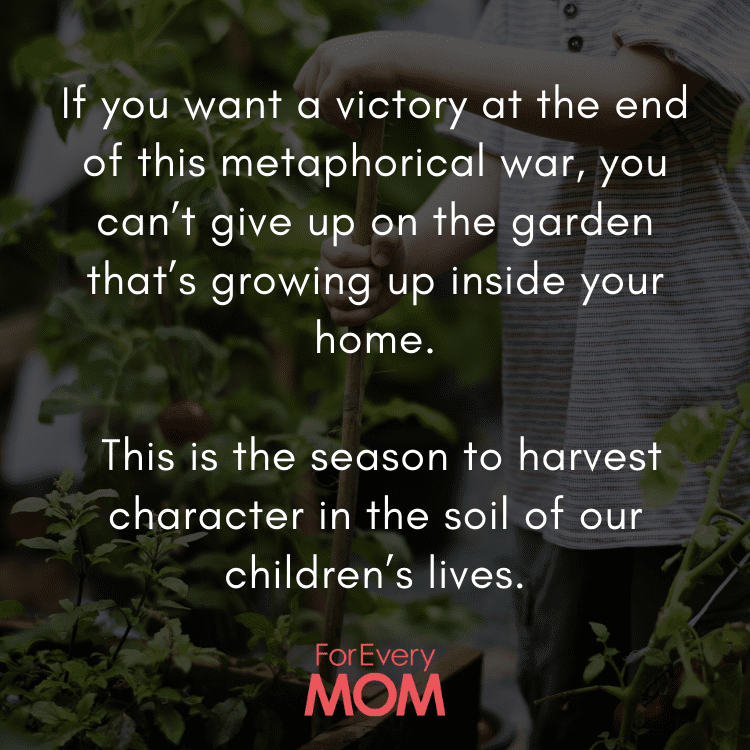 Without going to school, Monday – Friday, and sports being canceled too, they have time to get their work done and do some other work as well. Work in the yard, work around the house, work in the kitchen, making meals and doing dishes. I’m not suggesting you drive them hard, but let’s not let them grow up soft. Teach them to persevere, teach them to serve, teach them to work and teach them to work together too.

For years now we’ve been so busy running to school every morning, sports practices at the park each afternoon, and Wednesday night youth group at the church, we haven’t taught them to lend a hand throughout the week at home.

While they’re involved in good things, learning about God at church and teamwork on the field, right now they get to learn those things from us. It’s not our church’s job to teach our children how to be a Christlike servant. I shutter to think what would happen if the churches remain shuttered and we don’t do the job of opening up the Word together and living it out. The same is true for our children’s sport teams. Teamwork isn’t about passing the ball and making a goal, but working together as a family.

Working together in a patch of dirt; planting, weeding, fertilizing, harvesting, canning, feeding, lugging boxes, pushing wheel barrels, shoveling gravel, building the chicken coop and caring for the chicks, collecting the eggs and learning to fry them up… 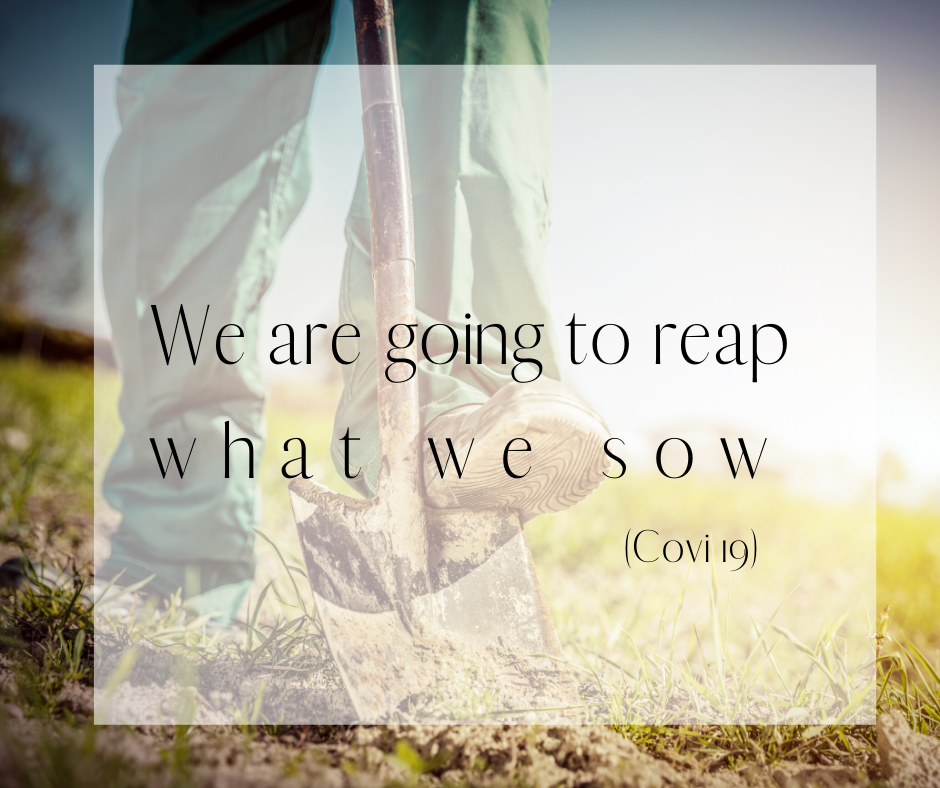 Are we sowing seeds of faith, love, service, perseverance, and generosity? Or are we sowing seeds of discontent, fertilizing bitter roots of discord, complaining each time they complain, watering selfish gardens with our frustrated tears — trying our best to simply get through this pandemic until the kids can get back to their self-focused interests once again?

Some seeds will produce a Victory Garden. Others won’t.

Please don’t get me wrong, our family tends to be more like the later example than the former. We are a selfish bunch. We cry, holler, and complain. Kindness, patience and generosity within our home doesn’t come naturally to most of us most days. Still, sowing good seeds isn’t about waking up and feeling like it. Sowing seeds is a choice a farmer makes when it’s time to plant, if he feels like it or not. And harvesting is a choice he makes when it’s time to harvest. This is the time to sow… so let’s sow into the lives of our children during these days at home.

If you don’t have a garden, that’s all right. Perhaps this is the season for them to learn to cook by your side. Wouldn’t it be something if they could look back and say, “Coronavirus. That was crazy. But it was also when I fell in love with cooking. I have so many incredible memories of serving my family dinner on the back porch during the spring of 2020. We couldn’t go anywhere, so my mom taught me to bbq. I learned to bake homemade bread too.”  Or maybe they’ll say, “That was when we started reading together as a family again. We used to do it when we were little but we picked it up again during the pandemic. Mom read Great Expectations by Charles Dickens and Pride and Prejudice by Jane Austen and Little Men by Louisa May Alcott. We talked about the stories and the characters within the stories. Mom taught us that the best characters are the characters with character.

Or maybe they’ll look back and say, “That’s when I fell in love with writing, because mom had us keep those journals… That’s when we rebuilt grandpa’s old pickup truck and got it ready for my sixteenth birthday… That was when my brother taught me to play the guitar… mom taught me to sew… dad taught me to rebuild a carburetor… That was when we planted our Victory Garden and worked until our muscles hurt.”

Moms and dads, I know you still have work to get done each day. You’re not at home with nothing to do. But let me encourage you to find some time to sow good seeds that will produce good fruit in the lives of your children. Sow seeds of hard work, sacrificial service to one another and others, and good and Godly character traits. You don’t have to grow a Victory Garden to grow a victory garden. They are the garden, sow good seeds into them and watch them grow up to live victorious lives! 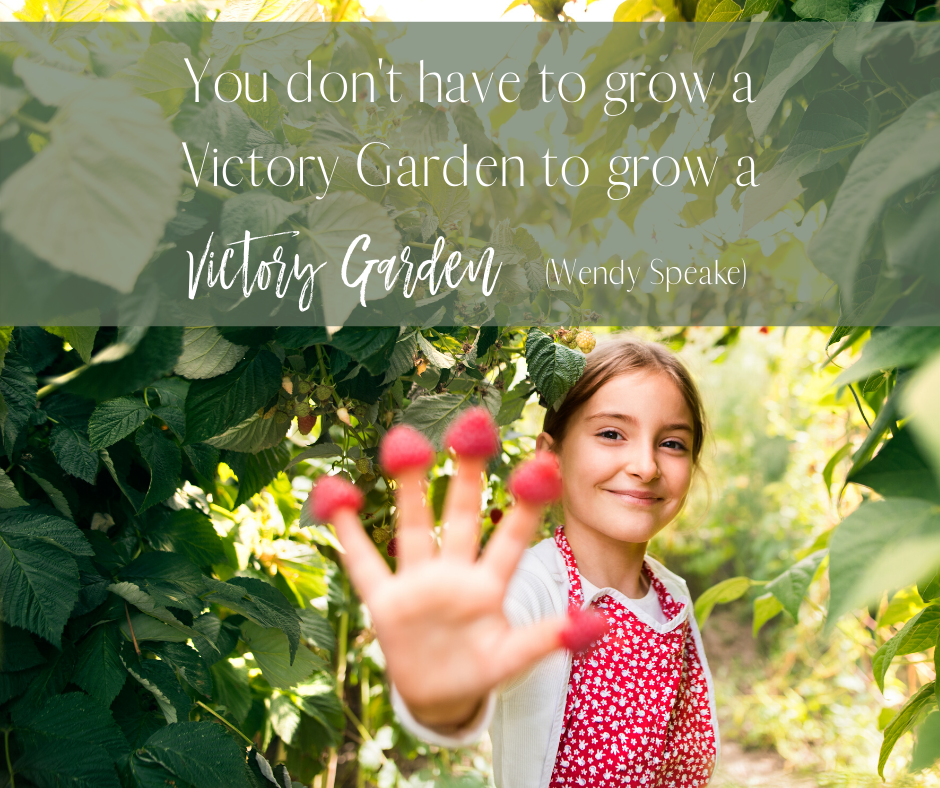 If you’re inspired to do some actual gardening during these days at home, Amazon has many to choose from. This one is similar to those my husband built for us.

This piece originally appeared at WendySpeake.com, published with permission.

Wendy Speakehttp://wendyspeake.com
As a trained actress and heartfelt Bible teacher, Wendy ministers to women’s hearts through storytelling and biblical life applications. She utilizes drama, comedy, poetry, and the study of God’s Word. During her career in Hollywood, on shows such as JAG, Melrose Place, Star Trek Voyager, and Roswell, Wendy found herself longing to tell stories that edify and encourage women! She now writes and performs dramatic Bible studies that move her audiences closer to Jesus. She also writes memoir-styled posts on her personal blog, wendyspeake.com, and is the co-author of the book: Triggers: Exchanging Parents' Angry Reactions for Gentle Biblical Responses. Wendy resides in Southern California with her husband and their 3 ruddy boys.