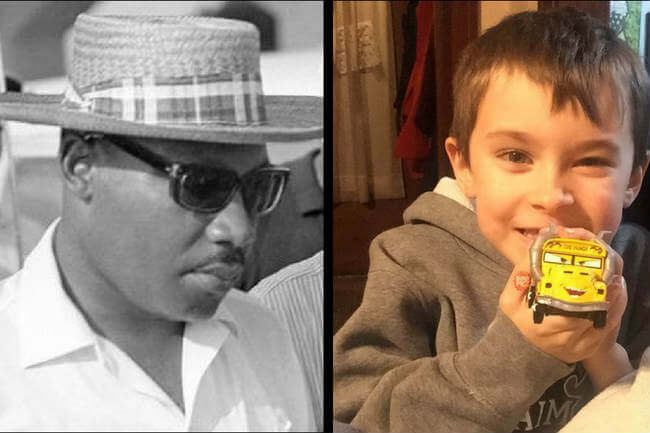 What My White 7-Year-Old Said About Martin Luther King Jr. 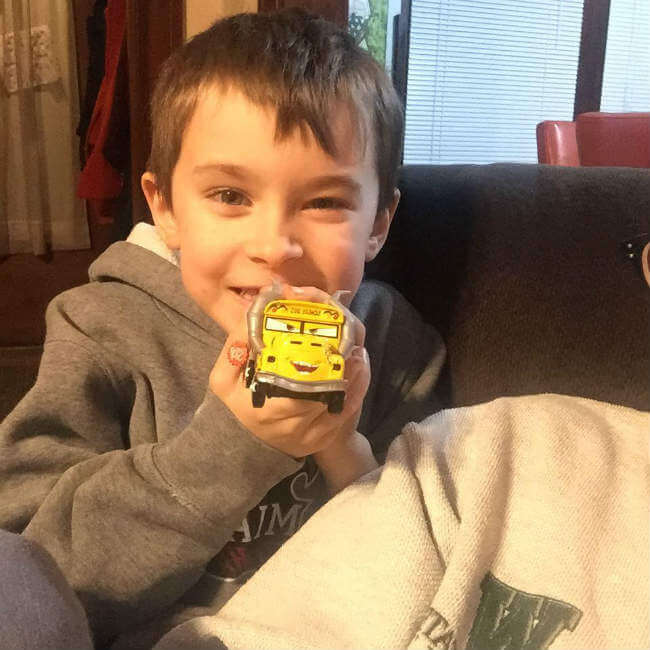 Jonah was speech-delayed when he was younger, and though he’s all caught up now, there are still some social concepts he’s behind on and topics that are NEW to him. Like, for instance, racism, social justice, and murder. So, navigating these issues with him can be tricky. He will also think out loud about them, A LOT…for instance he constantly talks about how my Grandma, who he barely remembers “died because she was 95 and is in heaven.” He thinks this means EVERYONE will die when they are 95. So when we visit my 92-year-old grandmother who is still living, I have to strictly instruct him before we see her NOT to tell her that she only has three years to live. ANYWAY.

Here’s how our conversation went down.

Me: You don’t have school on Monday, Buddy!

Jonah: Why don’t I have school?

Me: It’s a day we celebrate a great man. His name was Martin Luther King, Jr. He had dark skin and he preached and fought for all people with dark skin to be treated the same as people with light skin.

Jonah: How old is he? (this is Jonah’s way of trying to ascertain how close to the death-age of 95 he is)

Jonah: How did he die?

Jonah: Why did he shoot him?

Me: The bad man didn’t like him because he had black skin, and he didn’t like that he was trying to make things better for people with black skin.

And then, without missing a beat, my 7-year-old said to me, “But that won’t happen to us, right? Because we’re white.”

I stared at him, all pale skin and green eyes, and I prayed, “Lord please help him never fail to understand this. Don’t let him forget.”

And then I said, “That’s right, honey. Because you have white skin, no one is ever going to shoot you for having black skin. But because you have white skin, you need to speak out and say ‘Hey stop doing that!’ if anyone ever calls one of your friend Kenny or your cousin Jayce a bad  name or treats THEM badly because THEY have black skin. Because some people might do that, and I want you to tell them “STOP!”

There was more to our conversation, but even as we talked, all I could think was “My 7-year-old gets white privilege. My 7-year-old gets white privilege.” In his very innocent and basic way, he understood it, as a matter of fact, his very REACTION to the news of Martin Luther King Jr’s murder was a verbal confirmation that he understood, that such a murder would not befall HIM simply because he is WHITE.

Oh, if all white adults could be so sensitive. Whenever I post an article, meme, or video about racial justice on our Facebook page, I get white people commenting things like this, which was on an MLK “I have a dream quote” I posted yesterday:

“I have this dream for my four children who are white. It’s very sad that just because you are white you are considered racist.
Talk about judging someone on their skin color. It gets old real quick.”

I am sure your black fellow Americans would agree that being judged because of their skin color “gets old real quick.” White friends, we don’t know what it’s like to be black, or anything other than white. And comments like the above are  NOT helpful. It’s not your fault if you were born white and it certainly does not mean you are a racist. But it DOES mean that no one is going to insult, demean, assault, or deter your progress because of the color of your skin.

What IS helpful is simply recognizing, admitting, and validating that.

What IS helpful is saying that it’s not okay. Admitting it doesn’t make you AT FAULT.

My 7-year-old with no filter had no trouble blurting it out…may we all be more child-like in our reactions on this issue.

Let’s honor Martin Luther King Jr’s dreams today by explaining them to OUR kids today, and explaining the God who wants equality for us ALL, the sin that caused this plan to go awry, and the SAVIOR that can set it back to rights again.

Previous articleDon’t Fall In to The Upside Down of Parenting
Next articleMoms, It’s Not Yet Time to Reap