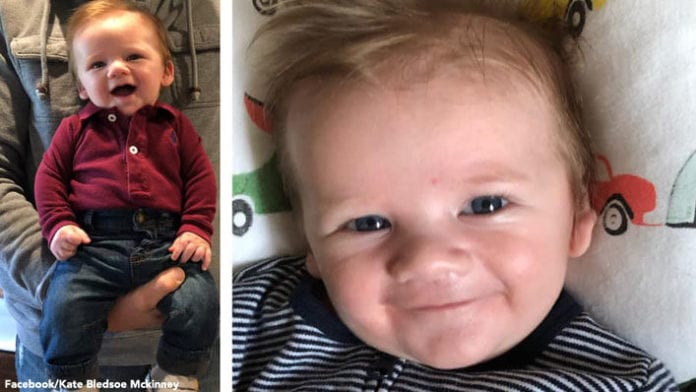 Every Week, They Wanted Me to Abort. Did They Get a Prize for ‘Selling’ Me On An Abortion?

While the New York abortion “rights” bill signed on the 46th anniversary of Roe v. Wade cast a shadow of grief over the pro-life community over the last year, stories like that of Kate Bledsoe Mckinney are shining a ray of light in the darkness.

With the passing of multiple abortion bills in various states, Kate is one of many women offering hope and encouragement by sharing her personal story about refusing doctor recommendations to terminate her baby.

After she was told by medical professionals that her son had 0% chance of survival, Kate felt her mind flashback to the horrid memory of 10 years prior, when doctors advised her to abort her now happy and healthy twin girls.

Choosing to rely on the faith and the power of our sovereign God, this brave mama threw those ‘statistics’ out the window and prayed for a miracle.

In a viral Facebook post, Kate details the miraculous journey that resulted in the birth of her beautiful baby boy, all because she had the courage to choose life: 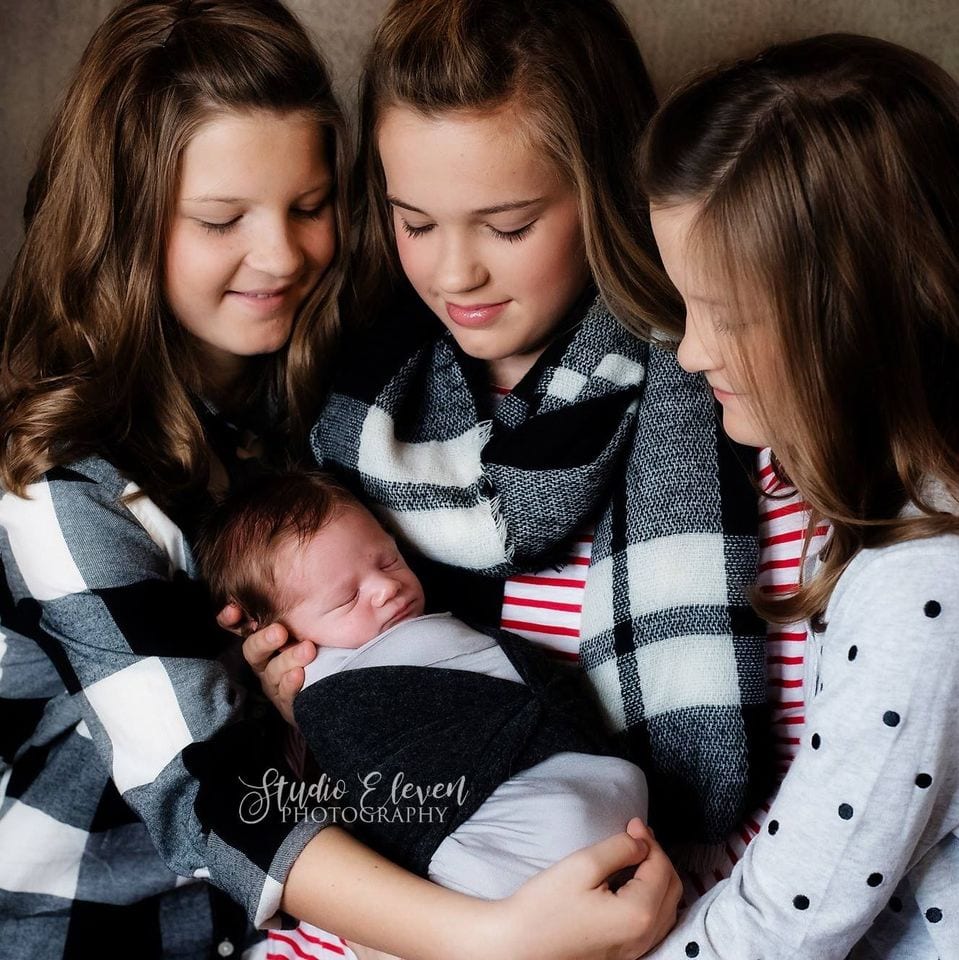 “I have wanted to share our story for awhile, but as you all know, I don’t post much on social media. With everything our country is going through, I can’t think of a better time to bite the bullet and do it.

Bobby and I found out, in March of last year, that we were going to be parents again. After a tough miscarriage a few months before, we were beyond excited. We decided to wait until after the first trimester to share the news.

At 16 weeks, we were scheduled for our anatomy scan to find out if it was a boy or girl. It seemed like everyone was rooting for a boy (since we have 3 girls), but we were rooting for healthy! It’s no secret that I was considered ‘old’ in the maternal world and that came with extra risks.

On that day, not only did we find out that we were going to be having a boy, but we also found out that our baby had an anomaly, and we needed to see a specialist right away. The only info we had was that there was some fluid on the back of his neck that could be a number of different things, none of which were good. We left the doctor that day quite deflated.

It was an excruciating two weeks before I was able to see a specialist. At 18 weeks, I was told that the fluid on the back of the neck was so large that our baby boy would not survive. No chance at all. He had a cystic hygroma. This meant he could have any number of trisomies, a structural defect, or one of his organs may not develop properly. I was encouraged to go ahead and terminate. In fact, they could even do it that same day. It was nothing to them. Of course, I started crying…enough that the Dr. decided to leave the room to let me gather myself. All I could think about was Emma and Ella 10 years ago. We were told they only had a 32.8% chance for both to be born alive. I was encouraged to terminate them, also. I couldn’t believe I was here again. When he came back, I told him that there was no way I was terminating. He then told me about the risks of continuing the pregnancy and what would happen during a stillbirth. He was still trying to persuade me to abort.

I told the Dr. I would do the bloodwork for them to run tests to see if we could pinpoint what the fluid meant, but that I wasn’t terminating. I’m sure when the nurse came in to draw my blood, she could tell I had been crying. She awkwardly asked how my appointment went, and I knew she regretted asking me as soon as the words left her mouth. Here I was crying…she knew it wasn’t good. I let her know that she was ok to ask and that it could have gone better. She gently placed her hand on my arm and looked me in the eyes and said, ‘Just have faith. Nothing is too big for God.’ In a doctor’s office, where it seemed like they were handing out lollipops with abortions, this woman was an angel. I know God put her there that day to tell me that. I needed to hear it. Her name was Whitney, and I never saw her again in that doctor’s office in the 20+ times I was there. She was my angel that day.

As the weeks went on, I attended my appointments on weekly basis. Every week, they wanted me to abort. I was asked several times at every appointment. Did they get a prize for ‘selling’ me on an abortion? It sure seemed like it.

We prayed. A lot. I asked God for a miracle the night before my 26 week appointment. At the appointment, I noticed the sonogram tech didn’t measure the size of the cystic hygroma.

I asked her about it since it had been a routine measurement every week. She told me the doctor would explain it when she came in. The next 5 minutes were rough. I had no idea what was going on. I knew there was a heartbeat because I saw it and heard it. Other that, I had no clue.

The doctor walked in. A new one. I had never seen her before during my visits. She was sweet and soft-spoken. She had bedside manner. If anyone was going to give me bad news, I wanted it to be her. Immediately, I asked about the cystic hygroma not being measured. She gave me this sweet smile and told me that there was nothing there to measure. It was gone. I’m not sure who seemed more shocked. I had her repeat the news several times because I could not believe what was coming out of her mouth. There are cases out there (believe me, I read them day and night) where these things have resolved on their own. I knew there was a possibility. It was a very small chance, but it was there.

I delivered T.O. on November 5th. He was perfect. 10 fingers, 10 toes and a head FULL of hair! The doctors were shocked. So much so, they ran every test possible trying to figure out something that must be wrong with him. They all came back negative and clear. He does have a very common small heart murmur that is expected to close on its own. That’s all. The baby that was given 0% percent chance of survival is here and healthy. 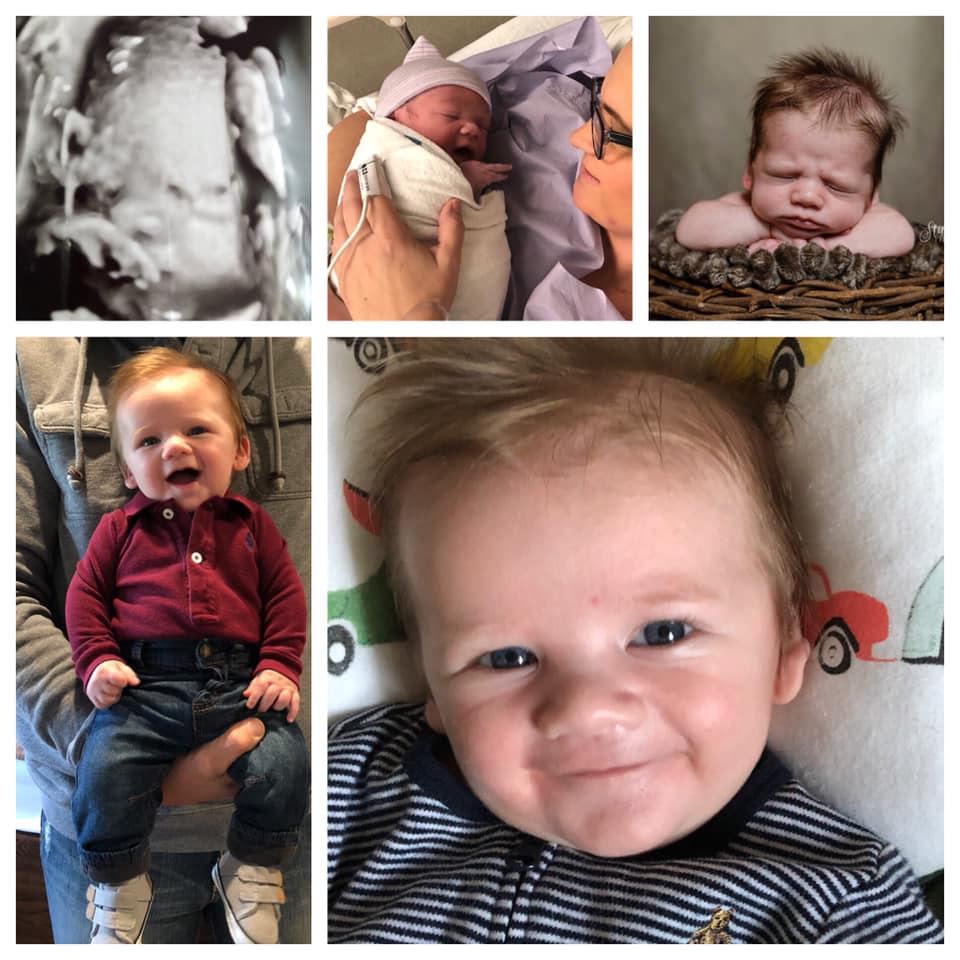 I choose life. Yesterday, today and tomorrow. I will pray for New York and the leaders that made that decision. As I know all too well, nothing is too big for God.

I have made this post public so it may be shared. I hope it helps someone that may be going through something of their own.”