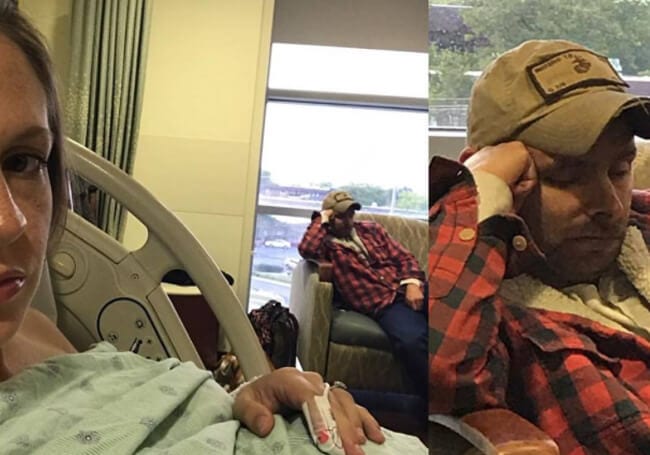 As a woman, there are few things worse than dealing with the “man flu.” You know, the seasons when your husband, significant other, guy friend or brother could all be contenders for the winner of “Best Actor in a Dramatic Series.”

According to scientists, man flu is a real thing.

As if justifying grown men losing their minds over a stomach ache is what we needed. Thanks science.

We see stories about it every year, as social media is an excellent outlet for women to bond over the painstaking demands of man flu. But one mama’s step-by-step breakdown of the “Man Flu” surely takes the cake.

Sydney Waters is the comical mind behind the online blog, Strollin With My Homies, and the actual winner of the internet this week with her oh-so-relatable tale of that time her husband succumbed to man flu.

“Just as sure as the sun rises and sets I can count on him to be completely useless for a solid week if he so much as sneezes,” Sydney writes, after hearing her husband, Ty, cough from the basement.

She’s reminded of a time a few years back when BOTH she and Ty were sick with the stomach flu. Sydney was also pregnant, and the couple had a 6-month-old daughter. As if she needed anything more to prove that women really are superheroes,

“I watched my husband transform right before my eyes, stumbling around saying he’s going to puke,” she wrote. “Grreeeeeat. The moment he says he’s feeling sick, my eyes automatically roll into the back of my head and touch my spine. Instant dread.”

And so begins the greatest depiction of man flu that has ever been told.

The story was recently shared on Love What Matters, and has every woman on the internet nodding in laughter saying, “Same.”

Waters goes through the stages of dread that every woman goes through when the men in our lives fall sick. It’s like the marriage version of “If You Give a Mouse a Cookie,” only there’s nothing cute about it, and this is far from a bedtime story folks. We’re talking ACTUAL nightmare.

At first, she tries to be nice—even caring, encouraging her husband to get himself to the bathroom and take it easy. Of course, that quickly goes south.

“Did he take my advice? Nope,” she writes. “First stop is our kitchen sink. He pukes all over a week’s worth of dirty dishes. He’s obnoxiously loud when he’s barfing to make sure I know this is the real deal. The neighbors know it’s the real deal,” she continued. “The next town over knows too.”

Once he makes it to the bathroom, it seems that things are back on track. Once again, Sydney is poorly mistaken.

“I walk in and encounter vomit. Everywhere. But not in the toilet folks, nawwwww. In the bathtub. The freaking bathtub.”

Never mind the fact that we clean our kids in that massive puke receptacle.

It’s not long before she realizes just how committed he really is.

“He lays on the floor with his eyes closed and starts moaning ‘Syd. Syyydd. I can’t. I can’t see…’” she wrote. “So now he can’t see? Is this a joke. He has a flu symptom that doesn’t even exist. Actually I can’t. I should probably leave. Where is this dude’s mom.”

Sydney shifts into drill sergeant mode, instructing her husband to get himself off the floor, and get ahold of himself. To which, he retreats completely.

“He took the alternative route and decided to become unresponsive. Yes. Literally. He played dead like a possum. I’m standing over him about to puke myself and he starts whispering: ‘Syd..Call 911. Syd. I’m dying… call 911.’”

You guys, I’m dying thinking about this image! Curled up in the fetal position on the bathroom floor, Ty *needs* emergency services, and Sydney is not having it.

“I decided to try and call his bluff. ‘Do you need me to call 911??? We just have the stomach flu and I’M PREGNANT. I’m tired. You’re telling me I am going to pick up the phone and say this is an emergency. You know they’re going to actually come here RIGHT?’”

In the span of time it takes for Sydney to call dispatch and alert the woman of her husband’s symptoms, Ty manages to poop his pants. On the floor. NEXT to the toilet.

It only makes this story better to note that Ty is a first responder himself, and a combat vet. 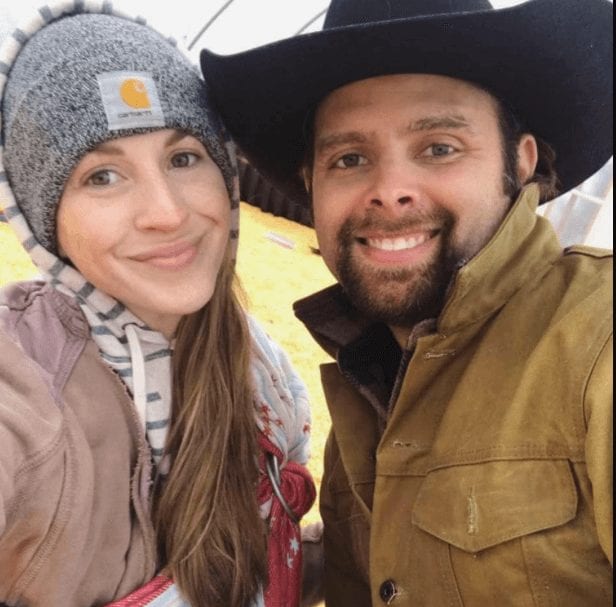 Upon realizing that he will probably know some of the paramedics that are on their way to his house, Ty “miraculously” found the strength to get himself together.

“Guys it’s like an angel came down from heaven and cured him right there on the spot. All of a sudden he could talk again. He could walk again. He could even see again like a Christmas miracle. They proceed to tell me I need to follow behind them to the hospital because he was going via ambulance. For the flu. That I gave him. I drive my pregnant butt alone to the hospital while puking in a plastic bag with my husband in front of me on a stretcher being doted on. It’s the first and last time I’ve ever considered divorce.”

Nurses were able to spot Ty’s man flu “from a mile away.”

When Sydney finally arrived and found his room, nurses admitted her as well, being that the flu is actually dangerous for pregnant women, the elderly and newborns.

“The nurses keep coming in to give me the ‘I’m so sorry’ look. The nod all women know. When someone says their man is sick we take a moment of silence for each other. United we stand.”

When they were finally released from the hospital, Sydney and Ty returned home to the tornado of puke and poop that had littered the house in the days before.

“To this day it’s still a touchy subject in our house,” Sydney says of the horror that unfolded that fateful day. “Sometimes we laugh. Sometimes we cringe. But I told him one day I would share this story, maybe to help another family in need. So women won’t feel alone. If you think your hubs is the worst when they get sick, come and read this again for a reminder. Beware… the man cold and flu season is near. This could be you.”

Watch: Comedian Nails What It’s Like to be a First Time Mom