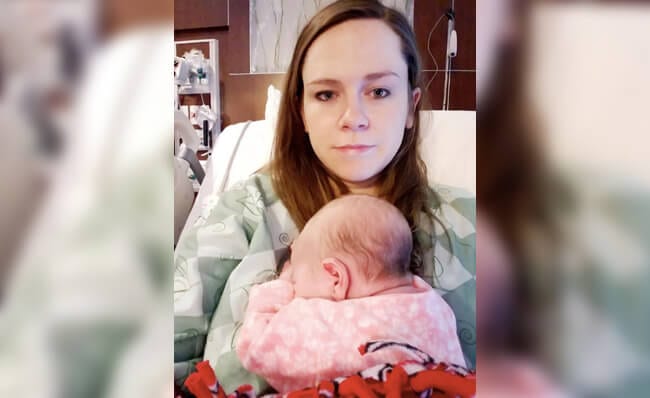 My Baby’s Colic Nearly Killed Me 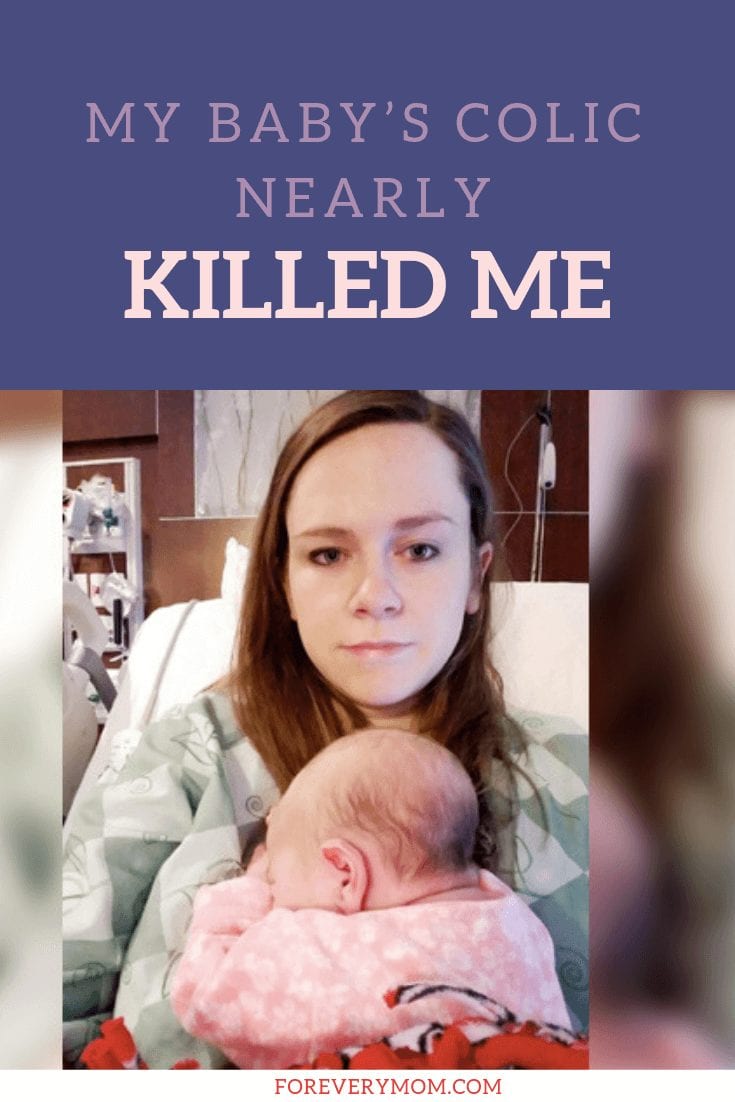 I still remember the days (and nights) when the cries never stopped. The screams, echoing through our house for hours on end. The anxiety I felt at not being able to fix or soothe my baby, who seemed to be in distress constantly. The sleeplessness from the long, unending nights is still a recent memory. The trauma to our family as we attempted to live and function in a household with a baby who would not or could not stop crying, the sounds of which I can still hear in my head. Even now, two years later, with a thriving toddler and cries long gone, I’m still haunted by those days and nights where we fought to survive for months with a baby suffering from the condition known as colic.

When our second daughter was born, I anticipated that it would be a breeze, just as it had been with our first daughter, who only cried when she needed something, even as a newborn. I was sorely mistaken. Our second daughter was nothing like our first and she made it apparent from the moment she entered this world, screaming so loudly that the nurses even commented on the ferocity her cries. At the hospital, she cried constantly, and when we brought her home, her cries didn’t stop for nearly 6 months. 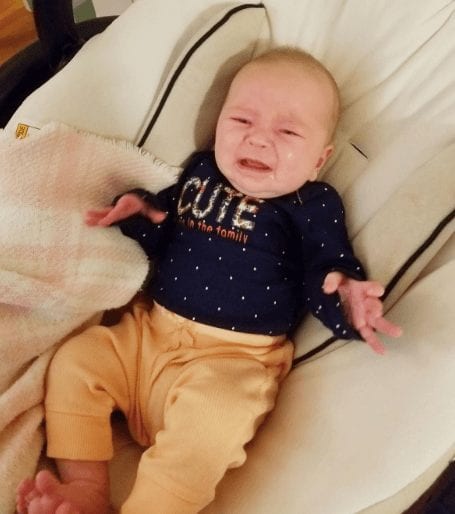 After few weeks of incessant crying, I took my daughter to the doctor and voiced the issues we were facing, looking for any solution to this very real and hard problem we were faced with, a problem that was very much a part of our lives. The doctors agreed that she suffered from colic, but the issue with colic is that it’s an elusive condition, of which the cause is still unknown and unproven. Colic is defined as when an otherwise healthy baby cries or fusses frequently for a prolonged period of time. Many theories exist as to what causes colic: from allergies to digestion problems, to body positions to transitional difficulties. None are certain or scientifically-proven. Therefore, the doctors couldn’t offer much advice or support to help us, and they simply explained that this was just a phase that our daughter would “grow out of” in a few months, and that we would “just have to make it through.”

I spent many hours searching Google for solutions and advice and I spent a lot of money seeking a cure-all solution. From baby gear and sleep positioners to formula for babies with milk allergies, I tried them. All of which promised to solve our problems and soothe my baby.  None of which made any lasting improvement or impact.

After a few months without things getting better, the cries everlasting, things started feeling especially grim. I went back to work, a job in itself that was incredibly taxing as it involved diffusing upset or angry clients from situations that had already been escalated by the time they reached my desk. So, while the escape from my daughter for eight hours a day was at first a welcome relief, within a few weeks, my energy levels had been beyond depleted. From 8am to 5pm, I spent my day fighting battles in the office, and then all night long, I spent my time fighting battles at home and in my head. It was never-ending and inescapable.

The colic was a trying time for the entire family. My husband and I, both feeling defeated, exhausted and on edge at all times (he worked a job as equally as stressful as mine), both took our frustrations and anger on each other because you can’t take out those feelings on a helpless baby, even when the baby is the cause of it all. My 3 year old, a once vibrant little girl, became reserved and quiet. She took to covering her ears with her hands and shaking every time she was in the same room as the baby when she cried, a reaction to the internal stress she was battling in her own way as well. We were all impacted by the colic.

Being an introvert, this new life was killing me quickly. As someone who relies on having quiet, alone time to recharge my energy, I was not getting any alone time anymore at all, much less quiet alone time. I constantly lived my days with the feeling that I was drowning. I felt like I was dying and sometimes, I wanted to. I was depressed and miserable. I hadn’t bonded with my baby and deep down I worried that I hated her. I felt like the life I was living was not a life worth living anymore and I frequently began to imagine what would happen if I killed myself. Visions of a gun came to my head often at random times, usually when I was stressed from my daughter’s crying, which was almost always. Everything felt bleak and hopeless.

At this point, I knew I needed help before things escalated further, and so I visited my gynecologist. My husband came along for support as he was getting concerned for my mental well-being as well. He said that when the baby would cry more recently, my face would change and I’d get a blank stare on my face, as though mentally trying to escape the reality and gravity of what our life had become. He said he felt like I had PTSD, but the trauma was still ongoing and there was no escape.

My doctor was nice for the 10 minutes she sat with me and let me try to explain the gravity of my situation. She had a student doctor shadowing her, a stranger who I’d never seen or met before, present while I tried to hold back tears and explain how hard things had become in my life. Of course, my doctor said that this was common for new moms- postpartum depression. She seemed sympathetic as she prescribed me some Paxil and sent me on my way, explaining that the feelings would pass in a few months, and asked that I come back in two months for a check-in.

The Paxil did help. It took the edge off my anxiety and the dark thoughts that pressed my mind during those merciless days. However, the only thing that ultimately worked was getting through to the other side of the colic period in one piece. Just as quickly as the crying started with my daughter’s entrance to the world, it stopped. One day our home was suddenly filled with a calm quiet. After so many months of crying, it was a quiet that seemed strange and foreign, albeit a welcome relief.

As more weeks and months passed, things slowly started to feel like they were getting put back together again in our lives, the toxicity of our home dissipating as it was replaced with the smiles and laughter of a baby growing and thriving. I finally started to bond with my daughter.

Nearly two years have passed since the colic period, yet as I remember back to that time in my life, I am still haunted by the feelings I came to know, the pain and loneliness of it all, the hopelessness I felt. Having a baby who suffers from colic is an experience that truly cannot be described in words to someone else, but can only be known by living through it oneself. I know there are hundreds of other mothers living through it now, knee deep in the throes of suffering through this experience, searching for other support and other experiences online. 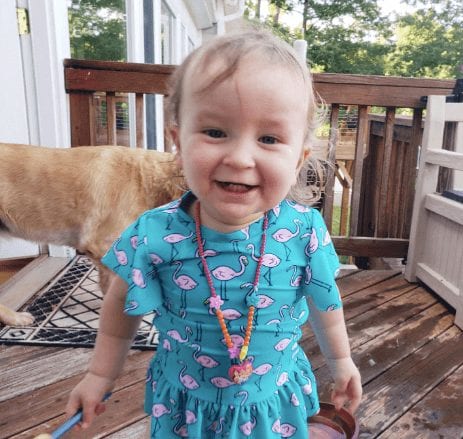 So, Momma, know this: I know your pain. You are not alone. This period of your life is temporary and it will be gone before you know it. Though it feels like it may last forever now, it’s fleeting. You’re doing amazing, even if it doesn’t feel like you are most days. Your baby needs you, so hang in there, because all of this pain and anxiety will be gone soon. Things will get so much better.

You are a survivor.

Previous articleLord, Help Me Endure One More Day
Next articleTo My Pandemic Baby, This Isn’t the World I Wanted to Bring You Into