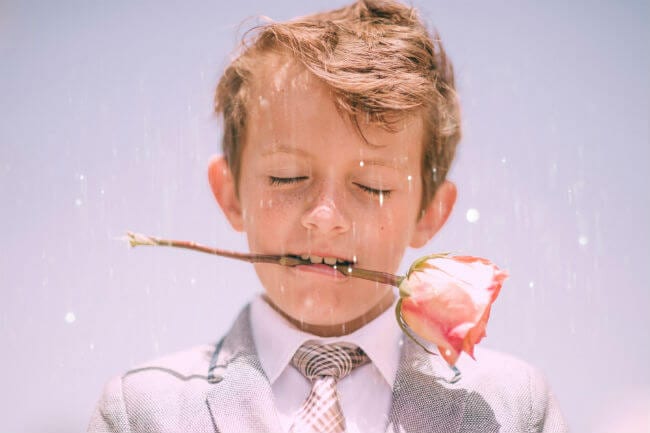 8 Things Boy Moms Should Know About Their Sons

5 – They will talk if we know how to listen

Ever had the experience where you ask your son a question and he says, “I don’t know” or “Fine?”  Females are generally much more verbal than are males, although, that is not always the case.  If you have a son who isn’t a talker, there are some things you can do to help draw him out.

Try to have a conversation with him while doing something.  Rather than making him sit down and look you in the eye, go on a walk with him or throw a ball back and forth while you talk.

Allow your son to have an object in his hands to fiddle with while you speak to him.  Or let him draw while he’s listening to you.  This type of activity actually helps boys pay better attention to what you’re saying.  And rather than asking them how they feel about something, ask them what they think about it.

6 – They want us to connect with them

It’s easy to mistakenly think that your son doesn’t want to have a relationship with you if you go by how often he initiates a conversation with you or by how much he enjoys spending time alone in his room.  But fortunately, there are ways to help keep a close connection with your son.

The best way to do this is to enter your son’s world.  Spend some time doing something with him that he enjoys doing.  If he loves playing video games, play with him.  If he loves shooting hoops, go out and play Pig or Horse with him.

Talk about things he enjoys talking about.  Ask him questions about his interests.  Ask about his friends or about what he’s doing in youth group.  Show interest in him!

7 – They need us to respect them

Men want to be heroes and our sons are men in training.  They have the same need for respect that our husbands have.  God has placed a desire to be great and a need to conquer inside each of our sons.  This desire will cause them to want to compete with those around them to prove their worth.  They love to have battles!  They like to come out on top.

The positive side of this is that we can use their competitive spirit to help them want to improve and to grow.  The downside is that our boys put a lot of pressure on themselves to be better than the next guy.  As moms, we need to allow our sons to have constructive outlets where they’re able to satisfy their competitive urges.  This is where team sports can play such a beneficial role in the lives of our boys.  Boys who aren’t athletic can benefit from participating in science fairs, music competitions, chess clubs, boy scouts, 4H, and other competitive activities.

Previous article9/11: A Mother Never Forgets
Next articleWoman Asks Stranger Where He Was on 9/11—He Replies, ‘The 47th Floor of the North Tower’

Michelle Caskey
Michelle has been married to her best friend for 18 years. She is also a homeschool mom to her two wonderful (and tall) sons. Michelle is a Christian, a fan of hot showers, and a lover of chocolate. She recently learned to love coffee and she has a hard time staying out of the snacks at night. You can find her blogging at www.homeschool-your-boys.com. Her mission is to encourage and inspire parents as they homeschool their children - but she has a special place in her heart for moms with sons!