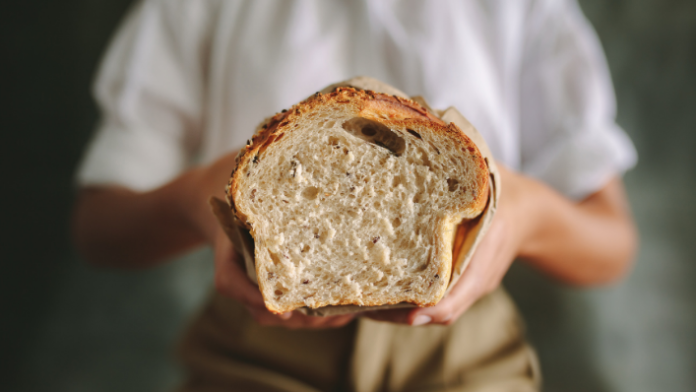 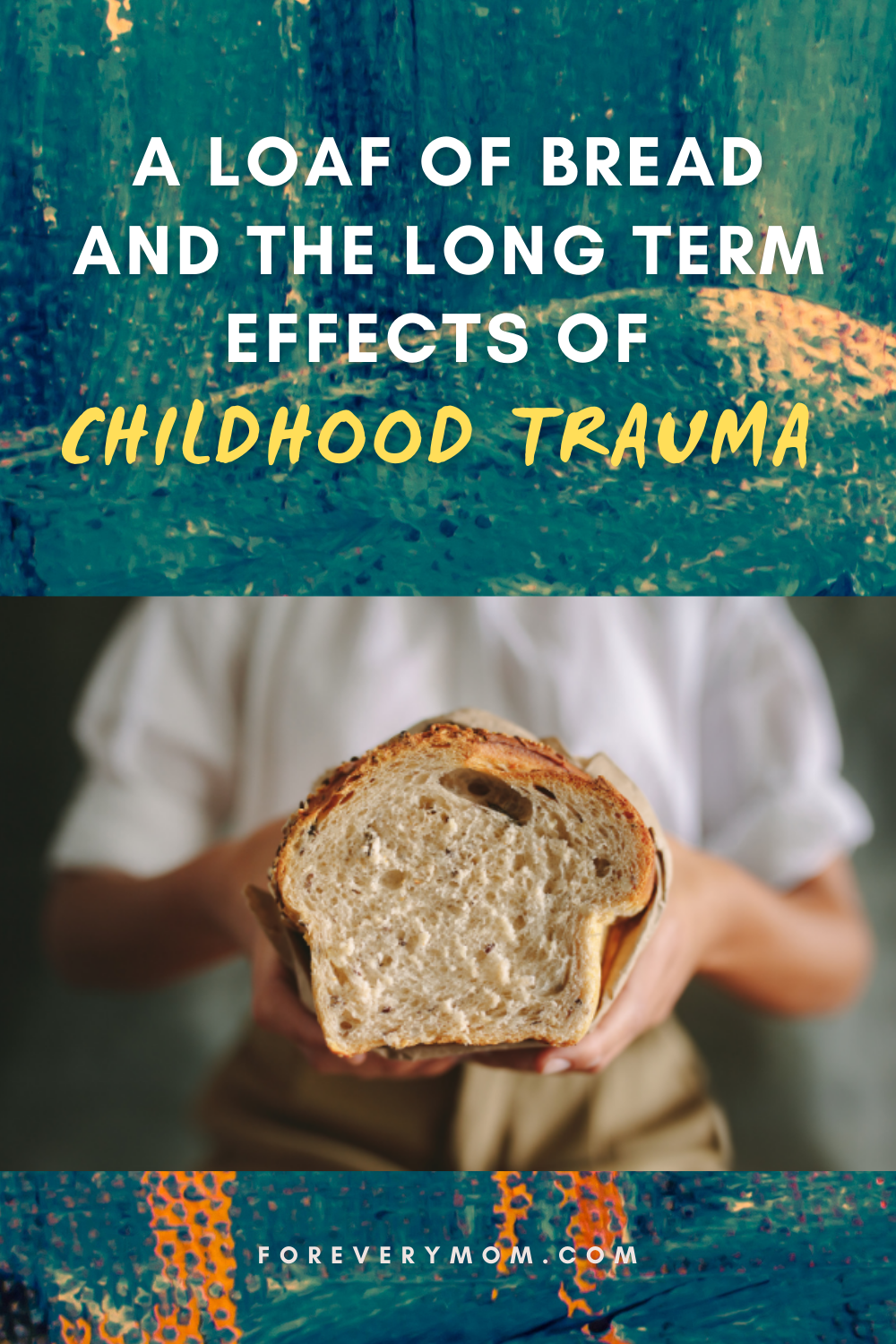 Let’s talk about childhood trauma for a sec.

As a child who grew up in the foster care system, I endured many traumas early in life. Abuse, neglect, losing my birth family, every move, every goodbye, all added to the long list of things no child should ever have to overcome. I’ll share one memory in particular, because it’s been a battle my whole life, and I’ve only just recently won the war.

Bread. Yup. Bread. For almost all of my adult life, I have not bought a single loaf of it. I couldn’t bear to. It’s a “trigger” for me.

When I was a child, I was hungry so often, I would sneak pieces of bread in the middle of the night. I chose bread because no one would notice a couple slices missing. (At four I was already thinking this way) No one ever did either. I would scurry back to my bed and lay there, sniffing it, holding out as long as I could bear, excited for my grumbling tummy. I would do my best to make the slice last as long as possible, taking tiny bites of the crust all the way around until only the good, soft part was left. Then I would take that part and fold it and roll it into a dense ball and take small bites like it was an apple. It always seemed to last longer that way. It probably didn’t, but I ate it like that every time.

This continued after removal, after I was safe and there was always food around, throughout many foster homes. It eventually branched out to sneaking and hoarding other foods. Getting in trouble only made it worse. I didn’t know why I was doing it, and I couldn’t stop. Being forced to go on diets only made it worse. Food had become security for me, taking it away created a whole new host of trust issues.

Bread was the beginning of years of a horrible, unhealthy relationship with food. At the time, I didn’t know it. I didn’t understand the WHY behind my actions even for years to come, because the childhood trauma I had behind it hadn’t been recognized, faced and dealt with.

When I got my first apartment, I was so excited to go grocery shopping and fill my new fridge and cupboards with yummy food that I got to choose for myself, the same excitement that any young adult feels moving out of their parent’s house. A loaf of bread was one of the items that made it into my cart. That evening, tired from the move and not wanting to really cook, I decided to make a sandwich. When I opened that loaf of bread, the smell of it hit me like a ton of bricks in the face.

All of a sudden, I was 4 years old again, laying in my bed, late in the night, with my painfully grumbling stomach, and my precious single slice of bread. It practically brought me to my knees on the spot. I couldn’t even eat, and I went to bed with a grumbly belly and cried myself to sleep my first night in my new place. Trauma sneaks up when you least expect it. 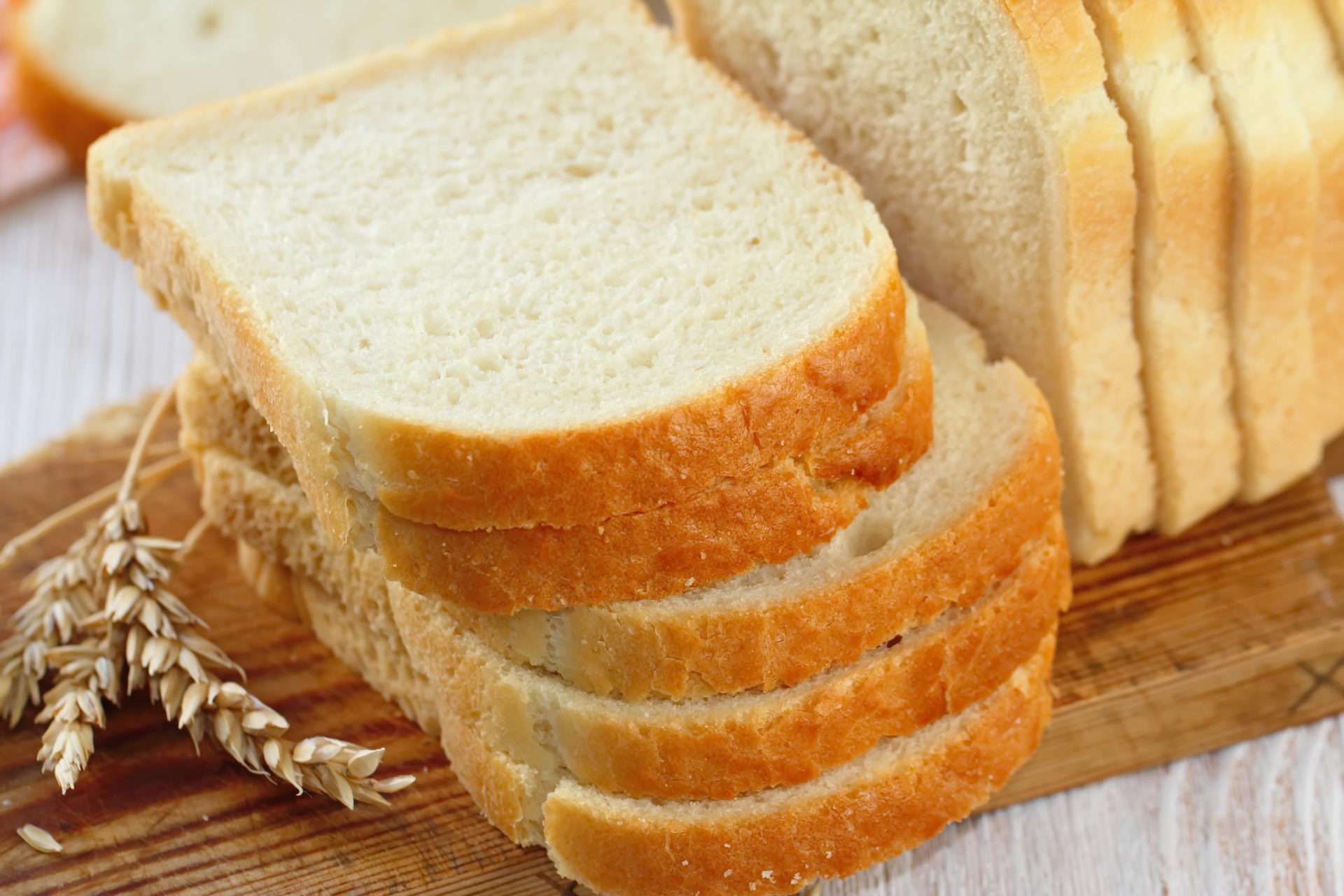 I was 19 years old when that happened. I’m 39 now. Since that night, I haven’t bought a single loaf of bread. I’ve since faced, understood, and worked through the hold that bread has had on me, but I still preferred to make all my sandwiches on hamburger buns because they smell different.

My husband and I have been foster parents for almost two years now. Almost a year ago, we got a call asking if we could take a ten year old and a three year old. We said yes. I knew it was time to start buying bread again. I mean, Kids love peanut butter and jelly right?!

Bread still has a hold over me. It’s still a trigger for me. But now it triggers something different for me, something new. NOW when I smell that familiar smell, I think of the children from hard places with their own traumas, who have been entrusted to me to love and care for, even on the hardest days. The smell of that loaf of bread is a daily reminder to me that parenting kids of trauma is completely different. It reminds me to seek out the reason, the memory, the trauma behind the behavior…and to remain patient and gentle and calm as we work through the hard stuff.

Trauma doesn’t just go away. There’s no magic button, magic day, or magic age when it all just disappears and you’re all better. There’s no just “getting over it”. Don’t we wish it was that easy? If you’ve experienced childhood trauma, you know it’s definitely not as easy as “getting over it”. It consumes us. It seeps into every pore. It puts us into survival mode. Our thoughts, our feelings, and our actions toward ourselves, and toward others, are ALL effected by our trauma, for the rest of our lives. Trauma rewires the brain. That doesn’t mean we can’t heal from and cope with our trauma as adults, but at times, it can be a daily battle. There’s no forgetting, there’s only coping.

Many kids from hard places have gone through, seen things, and survived things that most adults can’t even begin to fathom. Their worlds are spinning around them, everything about their lives has just changed, and good or bad…they’ve just lost the only family they’ve ever known. Of course they have GIANT emotions going on.

Yes, I now welcome bread into our household, and the reminder it brings to never give up on the kids who walk through my door.

Previous articleChristian Parents: Now More Than Ever, We Need to Raise Persecution-Ready Kids
Next articlePedophile Detective Warns Parents What Predators Look for in Your Kids’ Photos